Colonel Sanders is Somewhat of a Cult Figure in Japan 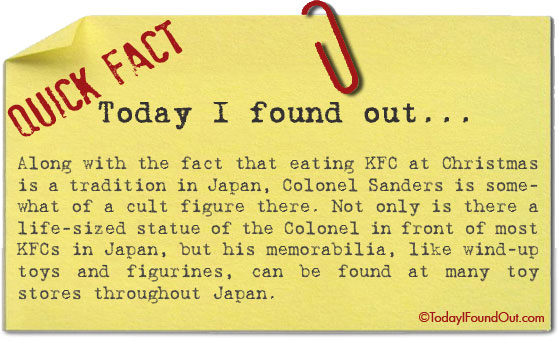 Along with the fact that eating KFC at Christmas is a tradition in Japan, Colonel Sanders is somewhat of a cult figure there. Not only is there a life-sized statue of the Colonel in front of most KFCs in Japan, but his memorabilia, like wind-up toys and figurines, can be found at many toy stores throughout Japan.