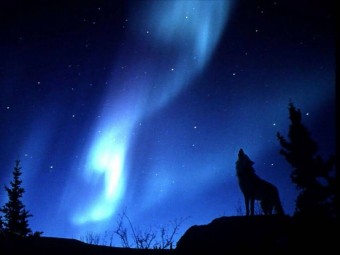 First, it was commonly held that a duck’s quack didn’t echo. The earliest place I could find where this myth was debunked was by Cecil Adams of the Straight Dope in 1998. In his experiment, he and a few others took a duck to a place where it was easy to produce echoes and made the duck quack (after quite a bit of work as it didn’t want to quack at first). Sure enough, when it finally did quack, it echoed just as well as any other sound.

This myth was once again debunked, this time in a much more scientific manner, in 2003 by a team of researchers at the University of Salford. Not to be left out, Myth Busters threw their significantly less scientific hat in the ring, later that same year, and once again showed that a duck’s quack does indeed echo.

According to acoustic expert Professor Trevor Cox, who was part of the aforementioned 2003 Salford University study, this myth probably arose from the fact that the manner in which a duck quacks, with a long “aaaaaccckkkkk” at the end, often masks any echoes that are produced, making them harder to distinguish from the echo. So basically, as a duck is quacking and the sound is echoing and fading away, it simply sounds like one big long quack, instead of a quack and an echo, as you actually may be hearing.

Once that myth was thoroughly debunked, a new one popularly popped up, this time courtesy of the Animal Planet in 2003. In a show where they were touting “50 facts you never knew about animals”, they dropped the gem “A wolf’s howl doesn’t echo”. Presumably the person in charge of coming up with those “facts” ran out of interesting things to say, so just started making some up.

This is, of course, false. All sounds will echo, given the right environment, namely: a good medium with which to reflect off of that is close enough where the sound is still audible when reflected back and also far enough away that the echo is perceptible (must be a delay of over 1/10th a second for the human ear/brain to distinguish it from the original sound).

This myth was popularly spread, courtesy of the above show on Animal Planet in 2003, shortly after the debunking of the duck quack/echo myth. The previous origins of the wolf howl/echo myth probably come from the fact that wolves often howl in the forest. The forest doesn’t provide a good medium for producing echoes. Rather, sound tends to get absorbed, rather than reflected. Also, it could come from the fact that, when you are close enough to a wolf to be able to discern an echo from the source, you probably aren’t paying a lot of attention to echoes and the like. If you are not close enough, due to the way the wolf howls, you are very likely to think you are hearing multiple wolves, instead of just one. Put a wolf in a canyon or near a rock face and their howls echo just as well as any other sound.

In fact, wolves actually use this reverberation as a defense mechanism. They will often howl in wavering or modulated tones, rapidly changing the pitch. They use this trick to make neighboring packs, or anything else nearby they perceive as a threat, think there are more of them than there are. In this case, a few wolves in a small pack will howl all at the same time changing pitches very rapidly. This, combined with potential reverberation, will often make an enemy think there are more of them and, with the echoes, often that there are wolves all around.

During the Civil War, Ulysses S. Grant once observed this when he reported thinking there were 20 or more wolves surrounding him, only to find out that it was just two wolves that were in front of him that changed their pitch rapidly; the echoes coming from all around him made it seem like he was surrounded.

So next time you hear anyone say “X animal’s howl/quack/cry/chirp/etc doesn’t echo”, it is a lie. All sounds echo. There is such a thing as destructive interference where colliding waveforms cancel each other out, but the odds of any animal being able to produce this effect with any regularity in varied environments is exactly zero.