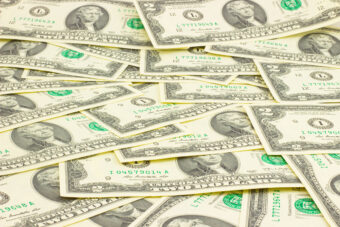 Contrary to popular opinion the $2 bill is neither rare nor out of circulation, with millions of them being printed by the U.S. Bureau of Engraving and Printing each and every year. Despite this, you’ll occasionally get cashiers who refuse to accept them, thinking them fake, and even the occasional news report of the cops being called on someone who tries to use one, only for the establishment management to learn that the $2 bill is totally a thing. So why does the bill seem so rare in circulation, with so few having seen one despite the massive number out there? And why isn’t it more popular considering the huge number of cash paying scenarios where it would be useful?

First things first, we should address a popular misconception that $2 bills are somehow worth more than their face value due to their rarity. Now, while it’s certainly true that some older notes could be worth more to a seasoned numismatist (the fancy word for a collector of currency) as the Bureau of Engraving and Printing notes on its own website. “All U.S. currency remains legal tender, regardless of when it was issued.”

This means that all $2 bill from the 1900s is still worth $2 and you could theoretically pay for goods and services with currency from over a century ago. Again, such currency would likely be worth more to a collector, but as far as the government is concerned, all money, regardless of how “rare” it supposedly is, is worth its face value and nothing more.

In specific regards to the $2 bill, although seldom seen today, the bill is older than America itself with an estimated 49,000 $2 bills of credit being issued on June 25, 1776 for, get this, “the defense of America”. As for $2 bills as we’d recognise them today, they were first printed in 1862 and initially featured a portrait of Alexander Hamilton. Hamilton’s portrait was later replaced by one of Thomas Jefferson in 1879. People evidently liked this image of Jefferson because the same image of the President has graced the front of every version of the bill ever printed since. This has led to the bills being nicknamed “Toms” by some.

As the Bureau of Engraving and Printing itself notes, $2 bills have been unpopular “for most of their history”, noting that many perceived them to be either unlucky or too awkward to use in cash transactions. According to one, John Bennardo, a filmmaker who produced a documentary about the $2 bill and the many myths surrounding it, one of the reasons it has gotten such a bad rap is that it was for a long time considered the “perfect note for some rather nefarious purposes”. Bennardo alleges that along with being commonly associated with betting, $2 bills were frequently used for bribes and paying low-end prostitutes who charged, funnily enough, $2, hence the occasionally still heard insult “$2 hooker”. While we’d love nothing more than to say that the $2 bill isn’t popular today because of a long-standing association with affordable prostitutes doing lonely men and women the world over a great service, this idea has been widely debunked.

A more reasonable explanation for the bill being so seldom used historically is that it sat at an awkward price point for many years. For example, around the time the bill was first issued at the turn of the 20th century, the average wage was $15 or less per month. Following this you had the Great Depression which saw spending power plummet, once again reducing the need for the bill for many Americans. Ironically, immediately prior to the Great Depression, the U.S. government tried to popularise the bill by including one in the pay packet of every federal employee, which evidently didn’t work.

The waning popularity of the bill and the cost of printing something that ultimately spent most of its time sitting in vaults led to it being discontinued in 1966. To be clear, while the bill itself was no longer being printed, all $2 bills printed prior to that point were still considered legal tender and could be spent like any other bill. Likewise, if you happen to have a pre-1966 $2 bill in your wallet, it’s still considered legal tender and can be spent or exchanged at a bank.

A decade later in 1976, to celebrate the 200th birthday of America, the bill once again went in production, again featuring the likeness of Thomas Jefferson. This updated bill differed slightly from the pre-1966 version and features an image of the signing of the Declaration of Independence on the back instead of a vignette of Jefferson’s lavish Monticello estate which had adorned all previous $2 bills. It’s likely that this is the way the bill will look for the foreseeable future with the Bureau of Engraving and Printing noting that there are no plans to change the design of the note “at this time“.

Although printed less sporadically than the more popular $1 bill (the last printing was in 2013) there are still billions of dollars worth of the bill in circulation with it being estimated that $2 bills make up some 1% of all U.S. paper currency that exists. Now this may not sound like much, but considering how many small bills people handle on a daily basis, you’d think this would mean that most Americans should receive one in their change sooner or later. However, oddly though, this doesn’t seem to be the case leading to a persistent myth that the bill is actually far rarer than it is. So what’s going on?

Well, although any American reading this could go to any large-ish bank and withdraw as many $2 bills as they wanted within reason, most Americans get their money from one of two sources, ATM’s and stores, neither of which generally carry $2 bills. Because of this, despite their being literally billions of dollars worth of the bill sitting in bank vaults, few make it out into the wild because most stores simply order a bunch of ones when they get change from the bank. In a way, it’s kind of a self-fulfilling prophecy, the lack of $2 bills means people assume they’re rare which means they’re less likely to spend them, meaning less getting into the hands of stores and it rarely being handed out as change.

This isn’t to say people aren’t trying to change this and there are notably a couple of businesses that actively encourage consumers to use $2 bills- mainly strip clubs and casinos, both of which are known to hand out change in $2 bills in a not so subtle way to encourage customers to spend or tip more. Large businesses have also been known to pay employees with $2 bills to demonstrate how they impact local economies when the bills begin turning up in change elsewhere. Likewise, small store owners have also been known to order large amounts of the currency to hand out with change as a way to encourage repeat business since customers assuming the bill is rare, will often return to get more. As one wine store owner called, Bruce Gibson once put it: “The government actually pays for my advertising. Where else can I find that?”

However, nobody is a bigger fan of the $2 bill than bankruptcy lawyer, Steve Reisman. Reisman believes the bills are good luck and has spent over a decade giving them away to random people in the street and tipping service staff with them. When he isn’t giving them away to strangers, Steve likes to throw handfuls of the bill into the air at Justin Bieber concerts. If you’ve ever wondered what pure confidence looks like, or at least being insanely comfortable in your own skin, it’s a 40 year old man making it rain $2 bills at a Justin Bieber concert.

Reisman also likes to make it rain at rap concerts and has given $2 bills to everyone from Drake to Jaden Smith, earning him the moniker, Two Dollar Steve in the rap world. Reisman believes that there’s something special about a $2 bill and admits that he’s kind of addicted to handing them out because of the brief look of astonishment people get when they see them.