The Hollywood Movie That Killed Nearly Half its Cast and Crew 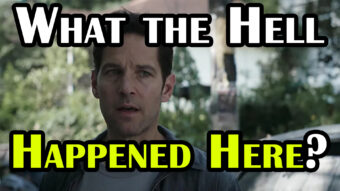 In Hollywood, miscasting is a fact of life. The reasons why an actor might be cast in a role for which they are ill-suited are many and varied. Sometimes the actor just happens to be incompatible with the director or their co-stars, or a rushed schedule or personal problems interfere with the delivery of an effective performance. In other cases a star is so popular that the producers bank on their name alone drawing an audience regardless of how suited they are to the role, while in yet others the actor is so passionate about a particular role that they use all their clout and influence to secure it for themselves.

The latter appears to have been the case with 1956’s The Conqueror, a Howard Hughes-produced historical epic about the life of Mongolian warlord and Emperor Genghis Khan. The A-list actor who strong-armed his way into the lead role was none other than Marion Morrison, better known by his stage name, John Wayne. Yes, that John Wayne. But before you laugh, we must remember that the history of film is full of seemingly bizarre casting choices that turned out to be unexpectedly brilliant. And there is no doubt that Wayne could act; 13 years later he would win the Academy Award for Best Actor for his performance as Marshal Rooster Cogburn in 1969’s True Grit. According to his co-stars, Wayne felt such a deep personal connection to the Mongol warlord that he read every book he could find on him and spent hours every day working on his voice, posture, and mannerisms to exactly match the – just kidding: Wayne just slapped on some dark makeup, a Fu Manchu moustache, and played the role like, well, John Wayne.

To say Wayne’s performance is painful to watch would be an understatement the size of the Mongol Horde, with the Duke delivering lines such as “There are moments for wisdom, Jahmuga, then I listen to you–and there are moments for action — then I listen to my blood. I feel this Tartar woman is for me, and my blood says, ‘TAKE HER!’” in the same drawl and wooden intonation as his classic Western heroes.  The farce was not lost on contemporary reviewers, with one noting that Wayne’s was the“most improbable piece of casting unless Mickey Rooney were to play Jesus in The King of Kings.” The film is widely considered to be among the worst ever made, with Wayne winning a posthumous Golden Turkey award for his performance. Soon after its release Howard Hughes pulled The Conqueror from circulation, and reportedly watched it on endless loop suite during his last reclusive years holed up in his Las Vegas hotel.

But as painful as the film is to watch, it was infinitely more painful for those who made it, and for many of the cast and crew the production would ultimately prove fatal. In order to depict the Mongolian steppe, much of The Conqueror was shot on location around St. George, Utah, which happened to be 137 miles or 220 kilometres downwind of the Nevada Test Site, where just three years before the United States Government had detonated 11 nuclear weapons as part of Operation Upshot-Knothole. Snow Canyon, another shooting location, was particularly contaminated, as wind conditions caused large amounts of radioactive dust to gather there. While producer Howard Hughes was aware of the fallout, the Government assured him that it posed no hazard to public health. Location shooting carried on for 13 gruelling weeks, after which Hughes had 60 tons of soil from St. George trucked to Hollywood so that the studio shots would match the location footage – further exposing the cast and crew to radioactive contamination.

The results were predictable and tragic. Over the next 25 years, 91 of the 220 cast and crew members – a full 41% – would develop cancer, with 46 dying of it – including director Dick Powell and stars Susan Hayward, Agnes Moorehead, Lee Van Cleef, and even the Duke himself. Though Wayne and many of his costars were heavy smokers, making it difficult to directly tie any one case to the shooting location, the fact that the overall cancer rate among the cast and crew is nearly three times what would ordinarily be predicted makes the connection grimly conclusive.

Another prominent victim of the production was Mexican actor Pedro Armendáriz, who in 1963 discovered he had terminal cancer in his kidney and neck. At the time he was engaged in the filming of the James Bond film From Russia With Love, and while at first the producers tried to replace him, Armendáriz fought tooth and nail to complete the filming in order to secure residuals for his family, arranging for the shooting schedule to be changed to complete his scenes first. The pain he endured is evident in the finished product, with Armendáriz visibly limping in most scenes. But the effort was evidently worth it, as his character Kerim Bey is often cited as a highlight of the film. On June 18, 1963, three months before the release of From Russia With Love, Armendáriz took his own life at UCLA Medical Center using a gun he smuggled into his hospital room.

While the tragic story of The Conqueror touches on many serious issues such as Government accountability, the dangers of Cold War paranoia, and the folly and excess of Hollywood, perhaps the most upbeat lesson we can draw from the affair is that nobody sets out to make a bad movie. No matter how bad the finished product, we must always remember that a small army of dedicated artists sweated and toiled – and sometimes even suffered and died – to bring it into existence.

For our first Bonus Fact of the day, ever wonder why movie trailers are sometimes called that when they typically appear before a movie? Well, wonder no more. It turns out, the first movie trailers occurred not at the beginning of the films, as they do today, but rather at the end of the films.

However, it didn’t take long for movie studios to realize that full film advertisements would be a lot more effective if they showed up before the movie, instead of after, and by the end of the 1930s the switch had been made.  Despite the industry’s sincerest attempts over the last 60 or 70 years to get the name changed from “trailers” to some form of “previews”, among industry professionals and English speaking audiences the world over, “trailer” is still common, though “previews” has steadily been making progress at replacing the term.

Incidentally, while the first known trailer to appear in a theater was that listed above, Lou Harris, an executive at Paramount in the 1960s, states that the first trailer ever to show anywhere was at a New York area amusement park in 1912. One of the concessions workers at that park hung up a white sheet and showed the serial “The Adventures of Kathlyn”.  At the end of the episode, Kathlyn is thrown into a lion’s den.  The concessions worker then spliced into the reel some film that showed the text “Does she escape the lion’s pit?”