The Thing about ‘The Thing’ 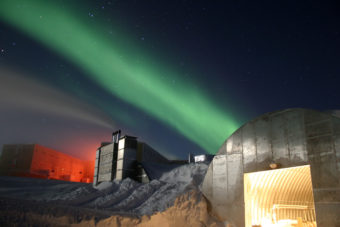 Described variously as everything from “the greatest B-movie ever made” to a masterpiece of horror and suspense, John Carpenter’s The Thing, which debuted on June 25, 1982, is a movie that rightfully stands amongst the likes of Alien and The Terminator as one of the most kick-ass sci-fi movies in history. The thing is, it turns out The Thing was so poorly received when it debuted that it nearly ruined Carpenter’s career.

First, for anyone unfamiliar with the The Thing, the basic plot is that a shape-shifting alien organism from the depths of space crash lands in the middle Antarctica and begins brutally assimilating the denizens of an American research base. Throughout the film, in traditional horror movie fashion, the eponymous Thing slowly kills off the cast while Kurt Russell, sporting the bushiest beard of his career, tries to incinerate it with a flamethrower. Of note is the fact that the film ends on a cliffhanger, showing Russell’s character staring down known hero of this Earth Keith David, as they both sit around waiting to freeze to death and come to the realisation that one of them could be the Thing… The fate of neither man is made explicitly clear, leaving what happens next largely up to the interpretation of the audience.

For some reason audiences and critics hated this, with many a scathing review being written criticising the movie’s nihilistic tone and lack of a satisfying conclusion to the story. This somewhat annoyed director John Carpenter who did actually film a more positive ending after being pressure by the studio, but ultimately cut it because it felt, in his words “cheesy”. As Carpenter would later note of the general reaction to the film’s ending: “The film wasn’t heroic enough, it wasn’t the U.S. Hockey team beating the Russians. That’s what people wanted to see.”

Not stopping there, perhaps the most baffling criticism levied against the film came courtesy of New York Times reviewer Vincent Canby who described the film’s practical effects as “phony looking”. A bold claim considering the film’s practical effects are still referenced today by experts in the field as being some of the most technically impressive ever seen on the silver screen.

The endless dunking on Carpenter didn’t stop with reviews, though, and the director of the film The Thing was loosely based upon, The Thing from Another World, Christian Nyby would later release a statement saying that the film was terrible. As if that wasn’t a bitter enough pill to swallow, following the bad reviews and exceptionally poor box office returns the film saw (it only managed to bring in $20 million on a budget of $15 million), Universal yanked Carpenter off of his next directing project and then bought out of the rest of his contract so that he wouldn’t make any more movies for them.

Carpenter, as you can imagine, was hurt by the critical mauling the film received, including being particularly stung when Sydney Magazine had a cover story on the movie titled: “Is This the Most Hated Film of All Time?”

Needless to say, Carpenter refused to comment on The Thing publicly for many years. Of course, over the years the critical consensus on the film has shifted dramatically and The Thing is now considered one of the greatest and most influential horror movies ever made. Which begs the question, what gives?

Well, according to Carpenter, one of the key reasons he believes the film flopped was E.T. the Extra-Terrestrial, which was released just two weeks before The Thing. Said, Carpenter, “I just don’t think audiences in 1982 wanted to see that. They wanted to see E.T. and The Thing was the opposite of that… I was called ‘a pornographer of violence’… I had no idea it would be received that way… The Thing was just too strong for that time. I knew it was going to be strong, but I didn’t think it would be too strong…”

In the end, he didn’t think audiences were ready for a movie about a shape-shifting alien murder-beast so soon after one about a happy, friendly little alien who likes eating Reese’s Pieces.