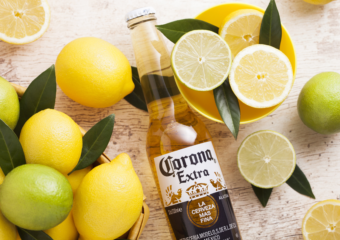 For many beer aficionados “tastes like warm piss” is perhaps the most withering insult one can hurl in the general direction of a given beer. While you wouldn’t begrudge a member of the public making such a claim about a particular beer, you’d think brewers themselves would have a little more decorum. Something nobody apparently told a certain Heineken distributor in the 1980s when they were able to convince the general public that Corona literally contained human urine.

The origins of this sordid tale of corporate shenanigans can be traced back to 1979 and the American debut of Corona. Described officially as a “pale lager” the urine coloured Mexican-beer is the flagship product of Mexican brewer Grupo Modelo and has a respectable share of the beer market in most countries it is sold.

Upon its debut in America the beer was a hit, quickly becoming one of the most well-known and in-demand imported beers in the entire country. In particular, Corona was noted as being especially popular with “young urban professionals” drawn to the “surfer aesthetic” the company had cultivated in its advertising.

According to industry experts, by 1986 Corona had captured around half a percent of the entire American beer market. This may not sound like a lot, but it represented sales to the tune of 13 million cases of beer annually, which after adjusting for inflation for the cost of each case, would be in today’s dollars well over $300 million in gross revenue.  These sales numbers also made the zesty Mexican lager the second most popular imported beer in the entire United States behind Dutch beer, Heineken.

This all brings us to 1986, when Corona executives noticed that sales of the beer had begun to stall across the United States for no readily apparent reason. In fact, in some regions sales dropped by as much as 80% while, oddly, in others nothing much changed at all in the figures. Confused Corona reached out to their suppliers in regions of the U.S. where sales were stalling and found that, not only was the beer not selling as well when it was stocked, some stores had actually stopped stocking it entirely.

Corona then did some sleuthing and discovered that there was a frankly bizarre rumor being spread in bars across the United States that Mexican workers at the main Corona brewery frequently urinated in the vats used to ferment the beer.

While this might seem farfetched, it is noteworthy that the act of peeing in beer to make for a more robust flavor was actually historically a thing, with the practice called leinting. In fact, the 1742 London and Country Brewer lamented this, stating, “…putting chamberly, or human urine, into… pale or amber towpenny malt drink… [is] nasty, horrid, and a detestable piece of cunning and knavery…”

Nevertheless, there are many references to such happening from this era, as well as many more references of rumors to such, whether true or not in many cases isn’t clear.

But the point is, people have been accusing beer makers of adding urine to their brew seemingly as long as humans have been making beer.

Thus, it’s no surprise that at some point someone got the bright idea to insinuate that Corona, a pale yellow beer sold in clear bottles, also contained urine. And it’s further perhaps not surprising that people actually believed it given attitudes at the time towards Mexican manufacturing of just about anything.

This all left Corona in the rather bizarre predicament of needing to get the word out that they did not actually allow anyone to pee in their beer, spending about $500,000 (about $1.1 million today) on ads informing the public of this, while executives appeared on dozens of talk shows to reiterate the same point.

Not without risk, the company was well aware that by specifically denying that they put urine in their beer, this may actually have resulted in the rumor just getting spread even further. Nevertheless, as one Corona distributor executive, Michael Mazzoni, noted, “We recognize there’s an element of risk in what we’ve done, but we thought it was necessary to have the truth out there.”

While they were doing this, a Chicago-based distributor of the beer, Barton Beers Ltd, who the aforementioned Michael Mazzoni worked for, decided to play detective and see if they could find out where the rumors had begun.

They eventually traced it back to Reno, Nevada as the jumping off point. And when investigating further, found that it appeared that employees of a rival distributor called Luce & Sons Inc, who primarily imported the beer Heineken, were the ones who initially spread the idea.

Luce & Sons quickly found themselves staring down a rather sizable lawsuit, but ultimately paid a settlement out of court and were made to give a public statement saying that Corona wasn’t actually filled with piss.