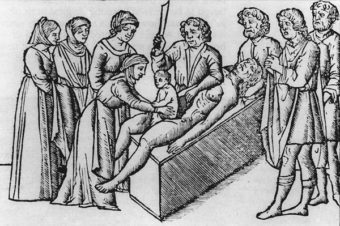 In this episode of The Brain Food Show, we start out by discussing the fact that, contrary to what we speculated in a previous episode, World’s Fairs are actually still a thing. We then jump into the meat of the show, discussing whether Julius Caesar was actually born via a Caesarean operation and then look at the remarkable story of Margaret Bulkley, who is better known in history as Dr. James Barry- one of the first people to perform a Caesarean operation in which both the woman and baby survived.

This is part 1 of what will be a 4 part series on Julius Caesar.  Stay tuned next time for when we jump into his life more directly by discussing a rather hilarious pirate adventure he had as a young man.