December 17, 2017 Dusti
This is a weekly wrap of our popular Daily Knowledge Newsletter. You can get that newsletter for free here.

Why does Soda Taste Significantly Better When Carbonated Verses Flat?

A notion that will come as a surprise to just about no one is that most people think soda and other carbonated drinks taste significantly better when they still contain a lot of fizz as opposed to being “flat.” It turns out that, contrary to popular belief, this phenomenon has nothing to do with bubbles popping on your tongue or the like. (In fact, when people drink carbonated beverages in a highly pressurized environment where no such bubbles can form, they report no real difference in flavor or sensation of the drink.) So why do many fizzy drinks taste better than their flat…(more) 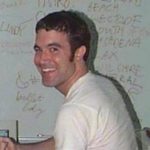 What Ever Happened to Everyone’s Friend, MySpace Tom?

Tom Anderson, better known online as MySpace Tom, was, for a brief period in the early 2000s, arguably the most popular man on the internet. Boasting over 200 million friends at the apex of MySpace’s popularity, Tom was everybody who signed up to use the site’s first, but hopefully not only, friend. So what is he doing now and why was he everyone’s friend? To answer the latter, well, if you want to be everyone’s friend, helping to found the website is a good way to make that happen. Created in 2003, MySpace was a direct response to Friendster, an early social networking site that has since faded into obscurity, though at its peak had several million members and was turning down dozens of millions of dollar buyout offers from companies…(more) 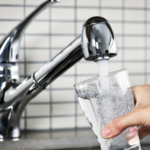 Is Water Fluoridation Bad For You?

Fluoridation is the act of adjusting fluoride levels in water, with the goal of reducing tooth decay. In 1945, Grand Rapids, Michigan was the first city in the world to do it. In 1999, the CDC declared that water fluoridation was one of the ten great public health achievements of the 20th century. However, a quick online search will yield countless articles discounting these claims, with the general consensus of the dissenters being that fluoride is actually harmful to one’s health. So which is it? Is fluoride good or bad for you? To answer that, let’s take a closer look at fluoride, what it does in…(more) 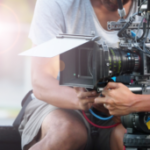 “Twin films” is the term used to describe a peculiar Hollywood phenomenon that just about every year sees different major studios releasing movies with almost identical plots and themes to their competitors current offerings. Popular examples of twin films include Deep Impact and Armageddon, two films released within weeks of one another that centred around saving the world from a giant meteor. Other popular examples include A Bug’s Life and Antz – animated films about ants rebelling against their hive. Then there’s Dante’s Inferno and Volcano – both of which are disaster films about volcanic eruptions. (As an idea of how common this is in Hollywood, all of these films were released between 1997 and 1998.) Or how about Chasing Liberty and First Daughter, two romantic comedies released…(more) 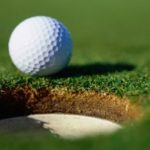 It turns out, somewhat counter intuitively, those dimples significantly decrease the drag on the golf ball as it flies through the air, compared to a smooth ball. Not only that, but they also increases the lift somewhat. These two things combined can make the golf ball go as much as three times farther than the same ball without dimples. The dimples on golf balls accomplish both of these things by creating turbulence in the layer of air around the golf ball, called the boundary layer. In simple terms, the dimples more or less scoop the air and direct it inwards towards the back of the golf…(more) 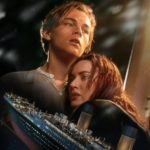 The Leonardo DiCaprio Haircut That had the Taliban in a Rage

Titanic was released in December of 1997. Many Hollywood insiders and naysayers predicted doom for the film. After all, it had cost a record $200 million to produce; the story had been told on film more than once; everyone already knew the ending; and the film really had no “big stars” to draw in the crowds. (Originally the lead role was to go to Mathew McConaughey to provide the “star power”, but director James Cameron and Kate Winslet both pushed for DiCaprio to get the role.) After making a good, but not incredible, $28 million in its opening weekend, momentum (and great word of mouth) quickly set in. Titanic soon set a “never to be broken”…(more) 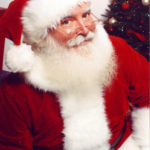 Born in 1955 in Baltimore, Jonathan Meath studied at New York University, graduating with honors in 1979 before embarking on a lucrative career as a children’s television producer, with arguably his most famous credit being that of senior producer for almost 300 episodes of Where in the World is Carmen Sandiego? During his career, Meath also worked with The Jim Henson Company producing episodes of The Wubbulous World of Dr. Seuss as well as helping to develop various Nickelodeon and Discovery Kids shows. It’s likely that Meath would have continued in television until his retirement if not for the the fact that for almost of his adult life he sported a full beard. Why does this matter you ask? Well…(more)