What Powers Does the Queen of England Actually Have?

May 23, 2017 Karl Smallwood
Blake M. asks: Does the queen of England have any real power anymore or is her position just ceremonial at this point? 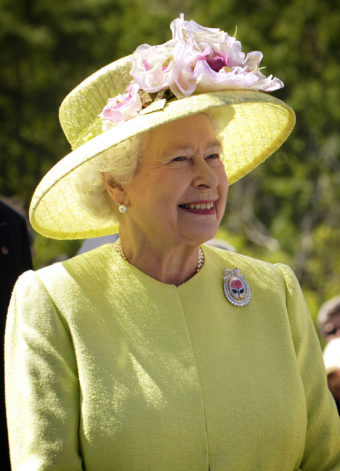 A short while ago we wrote about the fact Queen Elizabeth II needs neither a passport nor driving license thanks to a quirk of British law. But what other powers does the Queen of many titles have and what could she theoretically do if she decided to flex the full might of the authority she wields? As it turns out, thanks to the Royal Prerogative, a terrifying amount if she really felt like it, or, at least, assuming parliament went by the letter of the law and they and the people didn’t decide to stage a little revolt.

In reality, the Queen rarely exerts even a fraction of the power she theoretically wields as it’s kept in check by the only person in the UK who can tell her what to do- herself.

This is very much a calculated move on her part in order to stay in the good graces of her subjects (as is voluntarily paying taxes even though she’s technically not obligated to). Not only does she avoid openly flexing her political might, she also tends to keep her opinions outside of the public sphere.  As historian Frank Prochaska notes,

The real secret of royal influence is saying nothing. And anything the Queen does say publicly, is pretty anodyne. The minute a monarch, or any of the royals say anything remotely political or opinionated, they alienate people and they lose some power. This silence played a large part in how the British monarchy survived post World War One, when other European royal families didn’t.

In fact, for almost two decades now the monarchy has regularly had polls run and focus groups put together to keep track of how the general public feels about them and their various actions.  They also have on payroll individuals whose job it is to ensure the Queen stays in the public eye and in a way that is most likely to endear her to her subjects- as with politicians who rely on the voting public, with each public change she presents, right down to carrying a cell phone or not, carefully calculated in terms of the impact it might have.

While this may seem only self-serving, the Queen has a very lengthy track record as an admirable public servant and is also acutely aware that she is a prominent public face representing her subjects, so is keen on avoiding being viewed in a bad light lest she in turn paint them in a bad light by her actions. As she noted at the tender age of 21 in a speech to the Commonwealth she gave on her birthday,

I declare before you all that my whole life whether it be long or short shall be devoted to your service and the service of our great imperial family to which we all belong.

Surprisingly, for many years the full extent of exactly what powers the Queen handed off to the government, but technically retained, weren’t publicly known. That is, until 2003, when the government released a partial list of the things it can do on the Queen’s behalf.

For the most part, the list confirmed that the government could do things to save the Queen time, such as issue or revoke passports which simply wouldn’t be a feasible thing to be the sole prerogative of the Crown in a modern society. However, many things were quite worrying to some, such as her ability to declare war, which under the rules of Royal Prerogative can be done without consulting parliament.

On top of that, the Queen is totally immune from prosecution and is considered above the law in the UK. And as a head of state, she enjoys diplomatic immunity in any foreign country she happens to visit. As such, she could commit any crime conceivable anywhere on Earth and, at least as the law currently stands, suffer no consequence for doing so.  However, as with everything, she’s generally exceptionally careful to ensure she doesn’t break any laws.

Of course, what she does in private is completely her own affair, despite her prominent political position, as she is exempt from Freedom of Information requests.

Moving on- because technically speaking “the people of Britain are not citizens, but subjects of the monarch” she could have anyone she wanted arrested and presumably seize their property or land for the crown.

Speaking of which, the Queen owns all of the sea beds around the UK and can commandeer any ship found in British waters “for service to the realm”. Oddly enough, she also has first dibs on any whales that wash up on shore.  The Queen could also administer any manner of punishment to an individual who offended or otherwise displeased her as the crown has “prerogative power to keep the peace within the realm”. And since she’s immune from prosecution, nobody could really do anything if this punishment wasn’t entirely within the scope of the law.

If the government tried to stop her, the Queen could decimate the British political landscape by dissolving parliament and appointing anyone she felt like as prime minister. This is because it’s the Queen’s duty to appoint the prime minister and she could, in theory appoint anyone she wanted to the position, regardless of the way the British public voted in an election.

How? Well, the Queen is also the Commander-in-Chief of the entire British military with every officer, soldier, sailor and pilot swearing allegiance to the Crown and nobody else. They’re not called Her Majesty’s Armed Forces for nothing. Noted as being the “ultimate authority” on all British military matters, the Queen could authorise a nuclear strike on France or make North Korea an ally as she has the power to declare both war and peace with foreign nations.

As for laws, while technically the Queen can’t create new laws, as she can only sign them into law after they’re decided upon by parliament (in fact, her Royal Assent is required to make the law official after being passed by parliament in the first place), she could appoint ministers who’d make any laws she wanted a reality and then just sign them into law that way.

Beyond Royal Assent, there’s also the Queen’s consent, which requires she give her consent before any law that affects the interests of the monarchy can even be discussed at all in parliament. (She actually has used this power before, such as in 1999 when she refused to allow the discussion of a bill that would have given parliament power to authorize military strikes in Iraq, instead of needing her authorization.)

So that’s on the political side- it doesn’t stop here. The Queen technically has a sort of power not only over her subjects’ physical beings, but also their souls. How?  She’s the head of the Church of England, including having the power to appoint Archbishops and power over many other such matters concerning the church.

As for most of these powers that technically allow her to rule with an iron fist, as previously mentioned, the Queen is hesitant to ever use them in such a way that would displease her subjects and certainly isn’t about to disregard their representatives in parliament. However, these powers still exist for a variety of reasons including potentially being needed in a time of extreme crisis where an individual ruling unilaterally for the good of her people can potentially be of benefit- one of the few scenarios her subjects might not mind her flexing her political muscles a bit without necessarily consulting parliament, depending on the circumstances.

That said, just because she isn’t in the practice of exercising her powers against the will of the people, it doesn’t mean she isn’t occasionally an active political powerhouse in private. Extremely well respected and known worldwide, with the ability to bend the ear of most heads of state, the influence the Queen wields is difficult to quantify, but, as noted in an article discussing why the BBC named the Queen the most powerful woman in the world in their list of 100 most powerful women,

Her Majesty’s power is more about influence – a discreet nod of the head, a polite word in the ear of a Prime Minister at their weekly meeting, or a strategic patronage of a cause being overlooked by the Government – is how she can indirectly effect our world without us even knowing.

To conclude, the Queen has many powers she could theoretically legally use to her own ends unless her subjects and parliament simply decided to stage a revolt. However, she generally avoids doing anything overt that might upset her subjects, and otherwise simply works in the background more or less in an advisory role when she feels there is need.