February 25, 2017 Dusti
This is a weekly wrap of our popular Daily Knowledge Newsletter. You can get that newsletter for free here. 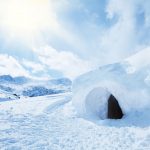 How Many Words for Snow do Eskimos Really Have

It’s impossible to say precisely how many words for snow certain native peoples of the far north have. Why? To begin with, we are talking about a group of related languages, not just one, and even within these languages there are variations from specific region to specific region. Much more important to the discussion at hand, it depends on how you categorize what constitutes different “words” in the polysynthetic group of Eskimo-Aleut languages. (And yes, when speaking of these different groups’ languages broadly…(more) 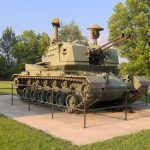 The M247 Sergeant York was officially designated as a “self-propelled anti-aircraft gun” but was for all intents and purposes a tank chassis with anti-aircraft guns attached to the top. The vehicle was named for one Alvin York, a famous and highly decorated WW1 hero who captured over 100 German soldiers pretty much single handedly. Unfortunately for the U.S. tax payers who spent just shy of $2 billion on it (about $4.8 billion today or, humourously enough, after appropriately adjusting for inflation to make the dollar values match, about 1/11th what the entire Apollo program cost), the final version of the weapon ended up being so useless its automatic targeting system couldn’t distinguish between a toilet vent fan and a jet plane, the vehicle itself couldn’t keep up with the tanks it was designed to protect, and it was made obsolete by advances in…(more) 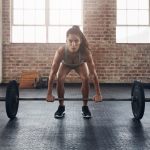 Is it Actually Possible to be Allergic to Exercise?

Most couch-potatoes have probably at some point in their lives said, “I can’t run a mile without feeling like I’m going to die!” They might also sarcastically proclaim they must be allergic to exercise. And, amazingly enough, it turns out there is a rare disorder in which someone can be deathly allergic to exercise, a condition known as Exercise Induced Anaphylaxis (EIA). Allergies, in general, come with a wide range of symptoms, and can range from mild to deadly. Fortunately for most, a deadly allergic reaction, known as anaphylaxis, is rare. It’s generally accepted..(more) 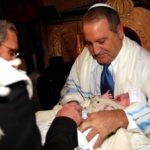 Having served variously as a mark of virility, servility and gentility, circumcision has throughout the centuries worn many symbolic hats. While anthropologists disagree as to the definitive origins of circumcision, the earliest hard evidence comes from the first ancient Egyptian mummies of considerable vintage, around 2300 BC. That being said, Egyptian paintings date circumcision to centuries prior, depicting ritual circumcision as prerequisite to entering the priesthood. Contention remains as to whether circumcision was a sign of pride rather than prejudice among the ancient Egyptian world. While popular among the elite, forced circumcision was inflicted on…(more) 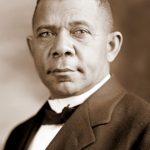 The First AfricanAmerican Invited to Dinner at the White House

In the autumn of 1901, Booker T. Washington, the great educator, author, and orator, was on a speaking tour. In Mississippi, he received a telegram from President Theodore Roosevelt. (President William McKinley had been assassinated less than two months before, an event which led to Roosevelt being sworn in as President.) The telegram asked Washington to come to the capitol for a conference. When Washington arrived on the afternoon of October 16, 1901, he received an invitation to dine with the President at 8:00p that evening. According to Roosevelt biographer…(more) 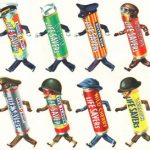 Today I fount out that all lifesavers spark when chewed, not just the Wintergreen Lifesavers (also known as Wint-O-Green). The flash you see when these hard sugar candies are crunched is caused by triboluminescence, which is similar to the electrical charge build-up that produces lightning, except on a much smaller scale here. With most hard sugar candies, this flash tends to be mostly outside of the human visual spectrum; typically giving off most of the flash in the ultra-violet spectrum. However, many other kinds of hard sugar candies, such as normal fruit lifesavers will give off a very dim flash in the visual spectrum if crunched and a nice bright flash in the ultra-violet spectrum. This phenomenon has been noticed…(more) 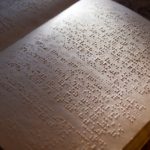 Braille was invented by a nineteenth century man named Louis Braille, who was completely blind. Braille’s story starts when he was three years old. He was playing in his father’s shop in Coupvray, France, and somehow managed to injure his eye. Though he was offered the best medical attention available at the time, it wasn’t enough—an infection soon developed and spread to his other eye, rendering him blind in both eyes. While a tragedy for him, had this accident not happened, we wouldn’t have braille today. There was a system of reading in place for the blind at the time, which consisted of tracing a finger along raised letters. However, this system meant that reading was painfully slow…(more)