February 11, 2017 Dusti Leave a comment
This is a weekly wrap of our popular Daily Knowledge Newsletter. You can get that newsletter for free here. 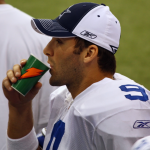 During a typical sticky, unbearable August weekend in 1965 in Gainesville- the home of the University of Florida Gators- football practices were well underway in anticipation for the upcoming season. However, the weather had wreaked havoc on the freshman football team over the weekend. 25 players had been admitted to the infirmary with heat-related illness. Even those who didn’t get treatment were losing a relatively large amount of water weight due to sweating, with performance suffering accordingly. This all greatly concerned the entire coaching staff, but especially assistant coach Dwayne Douglas. He had experienced similar symptoms when he was a player too (including in the NFL for a short time before…(more) 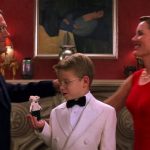 It was Christmas Eve 2009. Gergely Barki, an art historian and researcher with the Hungarian National Gallery in Budapest, had settled in with his daughter Lola to watch the 1999 movie Stuart Little. As Barki’s daughter snuggled on his lap to giggle at Stuart the mouse’s onscreen antics, Barki couldn’t believe his eyes. In a scene where Stuart and his human family have a conversation in front of a fireplace, Barki recognized the painting hanging on the wall in the background. It was no ordinary set dressing—it was a lost Hungarian masterpiece that hadn’t been seen in public since…(more) 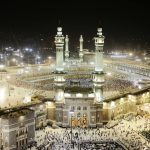 The first Muslim person in space was Royal Saudi Air Force pilot Sultan bin Salman bin Abdulaziz Al Saud in 1985 aboard the United States shuttle Discovery. He was followed up by the first Muslimah in space, Anousheh Ansari, who, upon immigrating to America from Iran in her teens subsequently got a degree in electrical engineering and computer science and then, not long after, cashed in her life-savings to co-found Telecom Technologies Inc. The result of all this was Ansari eventually amassing a personal fortune of about $750 million, becoming one of the wealthiest women in the world. Using some of this self-made fortune, in 2006 she paid an undisclosed sum…(more) 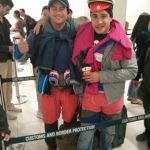 Can You Really Avoid a Baggage Fee by Wearing all Your Clothes?

It’s a trope that has appeared in dozens of movies and countless TV shows, but can you actually circumvent an airline’s baggage fee by just turning up to the airport in all of your clothes? Now the first thing we should point out is that there are a handful of documented cases of people doing just this. Consider the story of James McElvar, a member of a Scottish boyband called Rewind, who successfully managed to board a plane wearing: “Four jumpers, six T-shirts, three pairs of jeans, two pairs of jogging bottoms, two jackets and two hats”. According to the BBC, McElvar was so annoyed at learning that his chosen airline wouldn’t let…(more) 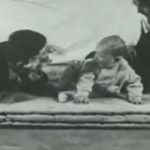 The Little Albert Experiment was a study conducted back in 1920 by famed psychologist, “the father of behaviorism”, John B. Watson. It essentially involved conditioning a baby, identified only as “Albert. B” to experience fear at the sight of anything fluffy. Putting aside the egregious methodology problems and questionable ethics exhibited during the experiment, the reported results of the study, and its significance in the history of psychology, have seen the study become one of the most famous and oft cited in the entire field of human psychology. So how did it all start? Watson was greatly intrigued by the work of…(more) 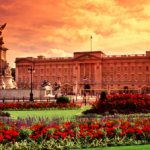 Breaking Into the Queens Bedroom

In the summer of 1982, a 33-year old unemployed royal fanatic twice scaled a 14-foot wall topped with barbed wire and revolving spikes, shimmied up a drainpipe, entered Buckingham Palace through unlocked windows, sat on the Queen’s throne and even enjoyed a brief tête-à-tête with Her Majesty. Michael Fagan was born on August 8, 1948 in London. Married in 1972, at the time he broke into the Palace, Michael had four children ages 3 to 10. Although previously having worked as a decorator and painter, Michael was out of work when he began planning his break-ins. Telling his mother that he was visiting his “girlfriend – Elizabeth Regina,” Fagan made 12 trips to the Palace in the…(more) 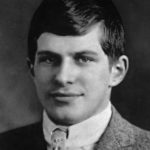 Before the terms “Tiger Mom” or “Helicopter Mom” entered our vernacular. Before the moms on “Toddlers and Tiaras” tried to turn their daughters into beauty queens. Before Earl Woods showed off his two year old son Tiger’s golf skills on the Mike Douglas Show. Before Lindsay Lohan’s dad, the mother in Psycho, and every other overbearing parent we know from modern pop culture, there was William J. Sidis and his mom and dad. Boris and Sarah Sidis were Ukrainian Jewish immigrants who were both brilliant. Having fled the Ukrainian due to political and religious persecution, they decided to settle in New York City. Boris was a psychologist who quickly became known (and somewhat infamous) for his work with hypnosis and his studying of mental disorders. Sarah was a doctor who was one of the only women of her time to earn a medical degree. Both had highly successful careers, but they wanted…(more) 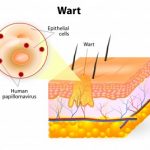 A viral infection caused by one of several ubiquitous strains (there are more than 100 known, with the vast majority of humans acquiring at least one strain at some point in our lives) of the pesky human papillomavirus (HPV), skin warts happen as the virus enters the top layers of skin – often through a small scratch. From this, you probably deduced that you won’t be getting warts from frogs as the old wives’ tale goes. However, you can get them from other people who have warts – even from something as seemingly benign as wiping your hands on a towel recently used by someone with a wart. As mentioned, there are several different…(more)