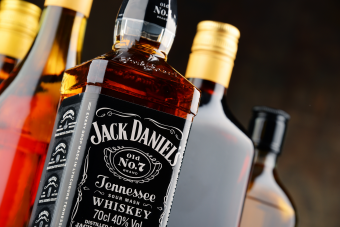 Generally speaking, attorneys, and particularly high-priced litigators, are not known for being “nice” or polite in their interactions with those on the opposite side of the table of their clients. Rather, the stereotype (not without basis) is of a profession filled with aggressive and sometimes even nasty people, who will stop at nothing to see their clients prevail- it’s their job after all.

On that note, although unpleasant, this latter quality can be helpful, particularly when a client is faced with a serious or existential problem. Consider for example when Hollywood attorney Marty Singer, in representing Scarlett Johansson in her quest to have hacked nude photos of herself removed from various websites, threatened: “if you fail to comply, you will be acting at your own peril. Please govern yourselves accordingly.” I’m sure in this situation, Johansson was glad to have a pit bull in her corner, as said sites would have likely been slow to respond to less litigious letters, if they bothered to respond at all.

Of course, once the dragon is unchained, it can be difficult to control, and this may explain why most cease and desist letters are unnecessarily harsh. For an example that has been oft in the news of late, the legal team of President-elect Trump frequently sends over-the-top threats to people or entities for various perceived offenses. One of many notable instances includes their threatening the Club for Growth for an ad it ran during the 2015 primary campaign in which they claimed Trump would raise taxes if elected president; Trump’s attorney, Alan Garten, described the ad as “replete with outright lies, false, defamatory,” and then after accusing the group of an attempt to “extort” and “shake-down” Trump, threatened “a multi-million dollar lawsuit against you personally and your organization.”

Given this tense environment, it is noteworthy when an attorney takes a deep breath, considers the actual intent of the underlying act and its effect on her client, and takes a more reasoned approach- enter Jack Daniel’s refreshing legal team.

In 2012, Louisville, Kentucky author Patrick Wensink published Broken Piano for President, a book which bore a cover that bears a striking resemblance to the Jack Daniel’s label – the latter of which is protected by trademark.

Although a trademark may seem like a small thing to get worked up about, consider that Jack Daniel’s brand alone was valued in excess of $5 billion in 2015, and a trademark undefended could well soon end up not a trademark at all. So, when someone infringes on its trademark, clearly the company has a keen interest to protect their rights to it.

And yet, when it came time to tell Mr. Wensink to cease and desist, Jack Daniel’s attorney, Christy Susman, took a decidedly different approach than most of her compatriots. After introductions, beginning the meat of the letter with, “We are certainly flattered by your affection for the brand…” Ms. Susman then politely outlined the company’s position, “We also have to be diligent to ensure that the Jack Daniel’s trademarks are used correctly . . . [and] if we allow uses like this one, we run the very real risk that our trademark will be weakened.”

Displaying a remarkable degree of tact and a gift for persuasion, Ms. Susman continued, “As a fan of the brand, I’m sure that is not something you intended or would want to see happen.”

Ending as reasonably as she began, Ms. Susman offered Mr. Wensink a couple of options for rectifying the problem, noting “because you are a Lousiville ‘neighbor’ and a fan of the brand, we simply request that you change the cover design when the book is re-printed.  If you would be willing to change the design sooner than that…, we would be willing to contribute a reasonable amount towards the cost of doing so.” How nice is that?

In a subsequent interview, Jack Daniel’s senior trademark counsel, David Gooder, explained their approach with Mr. Wensink: “…we thought, is the author really trying to take advantage of Jack Daniel’s to make money? Probably not. We’ve used this general approach when we see a situation that warrants our response. Whenever we’ve taken this tone, we almost always get a very favorable reaction back.  It solves the problem faster.”

As to whether they’re always so polite, he responded, “We don’t always send letters like this. We get so many infringement situations a year, and we look at each of them separately. We don’t have a standard approach to them; we just do what we think is the most fair…” He also noted that they are occasionally forced to escalate matters to more typical cease and desist verbiage- “You have to be prepared to ramp things up if the subjects ignore you. But our first approach in most cases is a fairly polite letter.”

If you’re wondering how lawyers come up with the actual text of infringement letters. In 2012, the aforementioned famed entertainment lawyer Marty Singer explained the elements of an effective cease and desist letter as follows: