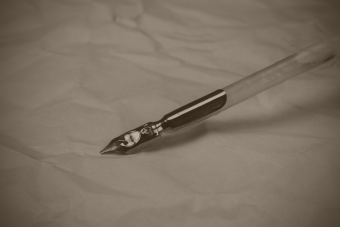 The British Secret Intelligence Service, better known to the world as MI6 (Military Intelligence, Section 6), is, rather oddly for a supposedly secretive agency, one of the better known intelligence services in the world. While the work MI6 does today is top-secret, thanks to the wonders of the Freedom of Information Act, we’re able to peer into the mysterious agency’s beginnings and marvel at all the humourous things they did in their early days in the name of protecting British interests- like the time they told agents to use their own semen as ink when sending secret messages. We should probably mention at this point that the head of the agency telling the agents to do this was the aptly named Mansfield Smith-Cumming…

The history of MI6 can be traced back to 1909 where a precursor to the agency was set up by the British government to investigate German citizens who were increasingly being accused of being spies by the paranoid public. (In fact, there was a growing sentiment that pretty much all German born individuals in Britain were spies.)

As mentioned, the head of this fledgling agency, then known as the Secret Service Bureau, was one Mansfield Smith-Cumming, a legendary figure in British military history, famed as much for his eccentricities as he was for his accomplishments as the first director of MI6.

As to why he was chosen to head up the new spy agency, this seems to have been primarily due to his impressive intelligence gathering background. For instance, in his post-naval captain career, he was once tasked with gathering certain information while posing as a German businessman in Germany and the Balkans. Why’s that impressive? He reportedly succeeded in his mission despite not being able to speak a word of German.

As to the spy organisation he led, in the beginning they were less James Bond and more a sort of Monty Python caricature of spying; bumbling buffoonery and gathering false intelligence and presenting it as fact become a staple of MI6. For example, prior to World War 1, C’s foremost weapons expert disappeared for a time while abroad. Perhaps captured by some foreign power? Nope- the agent couldn’t find anyone who could give him directions in English and ultimately became thoroughly lost.

On another occasion, C was reportedly fooled by a phony document stating that German spies had extra rows of teeth. He also once spent a considerable amount of the Agency’s scant resources searching Britain for a hidden cache of German weapons that simply didn’t exist.

One notable “victory” C achieved in these early days was a comprehensive file he compiled on Zeppelins. Apparently none of his superiors realised that all the information was publicly available at the time. All C did was have it translated from German to English; this report was hailed as a major victory for the British intelligence agency.

When the First World War broke out, the Secret Service Bureau was overhauled and rebranded as MI6, not that anyone publicly knew. At this time, the British Government still denied that it existed. 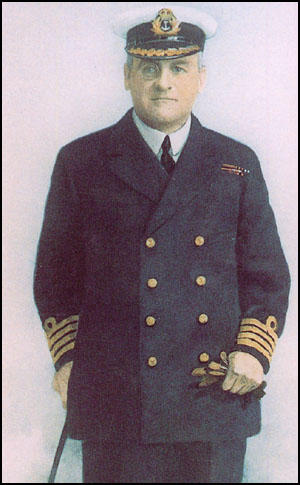 As you might imagine, the agency being a secret made it hard to get good applicants. When potential new agents were identified, C had a novel way of interviewing them without giving away that he worked for a shadowy government agency. In short, a key facet of the selection process was the gold monocled director suddenly stabbing himself in the leg.

You see, in 1914 C lost his leg during a traffic collision in France which tragically claimed the life of his son. While hospital reports indicate that his leg was amputated the day after the accident, C himself liked to claim that he cut it off himself with a pen-knife in order to be able to get to his dying son. At other times, he’d say he lost it in a fight with a wild animal. After the accident, C mostly got around with the aid of a wooden leg and a sword (hidden inside of a cane).

In any event, C would interview potential agents pretending he worked for a more mundane facet of the government. With the process moving along at a slothful pace, in true Monty Python-skit fashion, without warning, he’d suddenly violently stab himself in his covered wooden leg mid-conversation. If the person flinched, the interview was over and the individual was asked to leave. (Akin to the old “two for flinching tactic”…) The flinchers clearly weren’t secret agent material. If they kept their composure, he’d reveal the true nature of the interview. (C apparently found the reactions he sometimes got from doing this so amusing that he reportedly also used to do it during regular state meetings.)

So where does semen come into this? Well, like any respectable spymaster, C was very interested in covert communication- in particular invisible ink. However, a key problem was that most fluids that could function as an invisible ink and the methods that could be used to reveal them were widely known. To solve the problem, in 1915 C approached scientists at London University and tasked them with discovering a new type of invisible ink.

According to C’s own diaries, though, semen’s use as an invisible ink wasn’t discovered by anyone at the university. Instead, one of his agents, whose name is omitted from his diary for obvious reasons, made the breakthrough.

After investigation, it really did turn out that, along with being a substance readily available to any male agent, when exposed to the usual detection methods of the time, such as iodine vapour, letters penned with semen as ink refused to surrender their contents.

C was apparently thrilled to learn of this use for semen, allegedly quipping that “now every man has his own stylo”. An altered version “every man his own stylo” was adopted by the agents as their motto for a time.

Despite making a discovery that allowed British agents to communicate covertly, the agent who discovered this was so teased by other agents after the fact that he had to be moved to a different department.

Understandably, the use of semen to pen secret messages led to some hilarious exchanges, such as one between an agent in Copenhagen called Major Holme and C’s subordinate, Frank Stagg. In the message, Stagg was forced to tell Holme that “a fresh operation was necessary for each letter” after people in his office began complaining that all Holme’s letters stank. You see, Major Holme had decided to stock up a large supply of “ink” in an inkwell so he didn’t need to do what was necessary to get fresh “ink” every time he wanted to send a secret letter.