August 14, 2016 Dusti
This is a weekly wrap of our popular Daily Knowledge Newsletter. You can get that newsletter for free here. 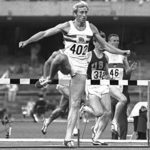 The Strange Story of the First Olympian Disqualified for Doping

Olympians have been bending (and occasionally breaking) the rules in an effort to give themselves an edge over the competition since the games began. Despite this, the International Olympic Committee (IOC) only started testing for performance enhancing substances in 1968, and only seem to have really started taking the issue seriously in the 1990s. As for the 1968 Games, despite that a large percentage of Olympians are thought to have been using performance enhancing drugs, they only managed to catch and disqualify one guy. What dangerous substance did he take to get himself disqualified? He drank two beers before an event, resulting in him becoming the first person to be disqualified for “doping”. To really drive home how ingrained using performance enhancers is in Olympic culture, and to highlight how endemic is was before the IOC began…(more) 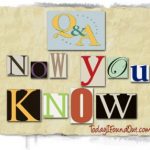 Some are awarded cash prizes by their respective local Olympic committees or governments. Also, sometimes private businessmen will match values given, such as in Armenia where a man donated $700,000 to be added to the cash given by the Olympic committee for medals. Another similar thing occurred for Belarus athletes during the 2008 Beijing Olympics. Those Belarusians who won any medal in the Olympics that year not only got a cash prize ($100,000 for gold, $50,000 for silver, and $30,000 for bronze), but also were given free meat and sausage for life from a local major meat company, Belatmeat. In the end, though, typically any cash prizes and the decision on whether to award them each Olympics is decided by the local Olympic Committees in each country and generally all the cash for the bonuses comes from these committees. As to the amounts of these prizes, the United States Olympic Committee…(more) 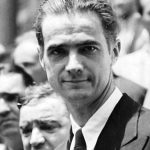 Howard Hughes, the legendarily reclusive billionaire business magnate, is a man about whom much has been written and most people know at least a little bit about. However, as we did when we covered JP Morgan’ giant, purple, knobbly nose that he largely managed to keep hidden from the world, today we’re going to focus on a lesser known aspect of the life of Howard Hughes-specifically the time he bought an entire TV station so that he could watch his favourite movies whenever he wanted. Known for his eccentricity as much as he is his countless achievements in the fields of business, aviation and entertainment, towards the end of his life Hughes famously moved to Las Vegas and effectively became something of a hermit. As the story goes…(more) 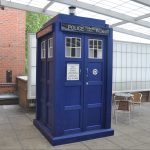 For over half a century, Doctor Who has proven itself to be one of the best known, most profitable, and most culturally significant series ever produced. Nevertheless, in the 1960s and 1970s the BBC decided to just up and delete pretty much every episode of the show from its archives. So thorough was this purge that, even today, there are still 97 episodes that there exists no known copy. For anyone who’s managed to avoid the cultural behemoth that is Doctor Who, the show basically follows the adventures of the eponymous Doctor, a time travelling alien who solves various problems while looking and acting as obnoxiously British as possible. The show has been a staple of British pop culture almost from the moment it first aired in 1963. Of course…(more) 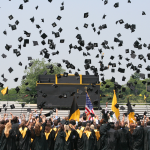 How Do They Decide the Age When You Become an Adult

People continue to mature and grow as individuals throughout our lifetimes (at least ideally). So the 45 year old you would probably not only be better equipped to make decisions than the 25 year old version, but also in all likelihood be a very different person, both literally (in the replacing of your body’s physical makeup in that gap) and mentally. Nevertheless, the 45 year old version of you and the much less mature and less accomplished 25 year old version are, in most societies, living under the exact same set of rules and restrictions. So why is some arbitrary number like 18 or 21 considered the cutoff point when society says everyone should be operating on a level playing field, legally speaking? What is it that makes a person an “adult” anyway? Is it the ability to drive a car without supervision? Consent to intimate relations? Ability to cast a vote? Serve in the military? Buy a beer? And at what age is a person really ready to handle these responsibilities? These are all difficult questions that don’t lend themselves to easy answers. For example, at just 16 years old…(more) 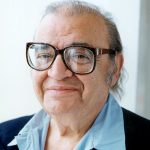 The Story Behind the Godfather

In 1955 a pulp-fiction writer named Mario Puzo published his first novel, The Dark Arena, about an ex-GI and his German girlfriend who live in Germany after the end of World War II. The critics praised it, but it didn’t sell very many copies. It took Puzo nine years to finish his next novel, The Fortunate Pilgrim, which told the story of an Italian immigrant named Lucia Santa who lives in the Hell’s Kitchen neighborhood of New York City. After two bad marriages, Lucia is raising her kids alone and worries about her daughter, who has become too Americanized, and her son, who is being pulled into the Mafia…(more) 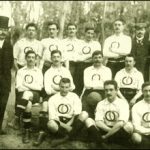 The Olympic ring symbol was designed by Baron Pierre de Coubertin in 1912. The idea of using rings intertwined with one another came from the Union des Sociétés Françaises de Sports Athlétiques (USFSA), which had two interlaced rings as their symbol and which Pierre de Coubertin was for a time the head of. It was founded by two French sports associations that merged, hence the two interlinked rings. As far as the colors, this was also from the USFSA’s logo design. Teams within the organization would wear white shirts with the interlinked rings being red and blue (the three colors of the French flag). For the Olympic symbol and flag, de Coubertin explains in the August of 1912 edition of Olympique, the inspiration for these colors was…(more) 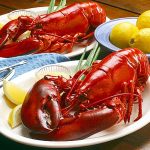 Typically, the exoskeleton of most crustaceans has a blue-green to grayish color and sometimes they appear a brown or olive green, with just a hint of red; with a few exceptions like the blue and yellow lobsters and crabs. The exoskeletons of such creatures are made up of several pigments, one of which is a carotenoid called astaxanthin, which provides its reddish coloring (astaxanthin is the same carotene that gives salmon its color). At normal temperatures and when alive (in other words, when we’re not dumping them in boiling water or grilling the poor guys), the astaxanthin pigments are hidden because they are covered with other protein chains that give their shells the bluish-gray or brownish-green color we see. Exposure to heat destroys…(more)