How Much is an Oscar Worth? 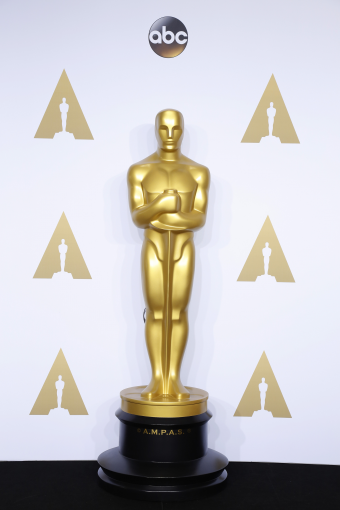 As we all know, acting is a precarious, roller-coaster type business. The Meryl Streeps, Jack Nicholsons, and Brad Pitts are few and far between. Most actors or actress will hit at least an occasional “dry spell,” if not a permanent one. For a very select few, a seemingly easy solution to help get them through the dry spell financially might be to sell their Oscar statuette.  I mean, it’s just otherwise collecting dust on a shelf somewhere. Given only a little over 3,000 Oscars have been awarded since 1929 and there are countless collectors and movie fanatics out there, you’d think an Oscar statuette would be worth a small fortune… right?

Alas, not so. At least, not legally.

Every Academy Award nominee since the mid-twentieth century is required to sign a “winner’s agreement” contract in which they must agree that neither they nor their heirs will ever sell their Academy Award without first offering to sell it back to the Motion Picture Academy of Arts & Sciences for $1.00.

Yes, you read that correctly- one measly buck. This, despite the fact that the Oscar statuette in materials alone is reportedly worth about $900, mainly thanks to its relatively thick gold plating.

This forced contract is primarily the Academy’s way of controlling the acquisition of its trophies. They want to make sure no Oscar arrives in the hands of private collectors- only those who earned them or their heirs. As one Academy representative noted, “They’re not tchotchkes to be bought off of a shelf.”

So what happens if someone refuses to sign the agreement? The Academy will take back the statuette itself.

It wasn’t always this way, however.  Much to the chagrin of the Academy, those given Oscars before the 1951 award ceremony were under no such agreement and many of those have been sold over the years.  For instance, Orson Welles’ heirs were able to sell his 1941 Oscar for Citizen Kane in 2011 for $861,542 (about $930,064 today), despite the Academy previously attempting to bar them from doing so via a lawsuit.  But, in the end, the courts ruled that as Welles had signed no such agreement, his heirs were free to sell the statuette.  Other heirs who’ve tried similar sales on the pre-1950s statuettes have had mixed results in winning such court battles against the Academy.

Despite the Academy being extremely aggressive combating any attempts to sell any Oscars, regardless of era, it is generally estimated that at minimum 150 Academy Awards have been sold since the first Oscar ceremony in 1929, out of over 3,000 awarded. Many of these are sold at least semi-secretly so that neither the buyer nor the seller has to deal with the Academy’s wrath.

So of the known sales, how much do these awards typically sell for at auction? All amounts, ranging from a minimum typically in the tens of thousands of dollars range on up. For reference, the most expensive of the known sales is the 1939 Academy Award for Best Picture for Gone with the Wind.  This was sold to Michael Jackson in 1999 for an astounding $1.5 million (about $2.2 million today).

Steven Spielberg also famously bought Clark Gable’s Best Actor trophy for It Happened One Night and Bette Davis’ Best Actress trophy for Jezebel for a combined total of about $1.2 million. However, this didn’t upset anyone at the Academy because Spielberg promptly turned around and donated them to said Academy. A few other actors have also purchased Oscars in similar ways and donated them back to the Academy.

You might be wondering at this point what the Academy does with such old statuettes that it re-acquires in one way or another…  Well, mostly just locks them away in a vault, rarely displaying them to the public.

While this all may seem quite unfair, apart from potential black-market sales of a statuettes, some who win Oscars are well compensated in other ways for the Academy bestowing the award on them. For instance, according to a study done at Colgate University, Academy Award Signaling and Gender Bias in Hollywood, male actors on average receive an 81% increase in their pay in their post-Oscar acting years vs. pre-award years, at least some of which seems to be because of their Academy Award and not just because they’ve been around in the industry longer.

For women, however, as noted in the study, “winning an Academy Award did not have a statistically significant effect on women’s salaries in the sample.”  Why this is the case isn’t clear, with a variety of speculative reasons suggested in the study. For instance, they noted that younger women in Hollywood tend to get a majority of the available high paying leading female roles vs. their more seasoned counterparts. This, combined with the fact that the average age of an actress winning an Oscar is 36.77 years old, around the time most actresses see their earnings decline sharply, it may be the case that these award winners simply have fewer prime roles to pick from at this stage in their careers, so have less ability to negotiate higher salaries post-Oscar win. They are also often forced to round out their careers taking minor roles that pay much less, which may be potentially masking any statistically significant benefit an Oscar might be giving them in pay increase given the limited sample size of award winners we have to work with on the data sets.

On the flip side, the researchers noted that the average age of a male actor winning an Oscar is 44.67 years old.  Unlike with actresses, leading roles for older male actors are drastically more prevalent, allowing them greater flexibility in the roles they choose and greater leverage in salary negotiations. The researchers also noted that, whether a male actor wins an Oscar or not, their salaries on average begin to markedly increase past 42 years old, just more so if they also have the Oscar. On the other hand, as noted, actresses tend to earn the most early in their careers with salaries beginning to drop off significantly as they approach the age male actors’ salaries begin their rapid rise.

Unfortunately, I could find no similar study done comparing non-actor Oscar wins to see what, if any, future earnings benefit the Academy Award provides them.