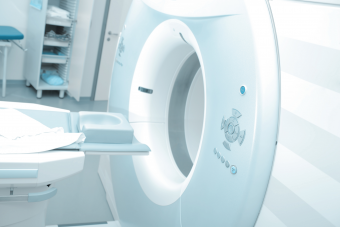 If you have a friend who refuses to ride the elevator to his 15th floor office every day, he may be a fitness freak, but chances are, he is claustrophobic. Similarly, when someone’s action seems illogical as shown by their persistent, determined avoidance of enclosed spaces or restrictive clothing, the likely explanation is that the person is claustrophobic. So what is claustrophobia and what causes it?

Claustrophobia is defined by the Mount Sinai Hospital as:

An anxiety disorder characterized by irrational fear of enclosed or small spaces. People with claustrophobia often describe it as feeling trapped without an exit or way out.

When they find themselves confined, the sufferers report typical symptoms of a panic attack like sweating, shortness of breath, hyperventilation, trembling. Some people even have extreme reactions like fainting and vomiting.

As to the root cause of claustrophobia, the prevailing theory is that it is the result of a combination of environmental and genetic factors. To begin with, the classic conditioning theory isn’t difficult to understand. If you had a traumatic experience as a child being locked or confined in a small space like a closet for hours on end, that recollection of danger (whether real or imagined) may result in a fearful reaction to similar situations later.

Not just for kids, some sufferers of this phobia have been found to develop it for the first time as adults seemingly for similar reasons as childhood onset. You can become stuck in an enclosed space at any age and due to the programming in your brain, associate it with impending doom. The occurrence can be as a result of a single event or due to repeated observations or exposure. For example, having a single MRI procedure can trigger the beginning of adult claustrophobia, while being bombarded repeatedly with news reports of terrifying stories of people being buried alive or stuck in mines can have a similar effect. This “phobia by observation” is sometimes referred to as vicarious classical conditioning. Children viewing parents suffering from a claustrophobic event can also likewise acquire the phobia where they previously did not show signs of it.  Of course, in this case the children may also be predisposed to it via their genetics.  And, indeed, the association seems to be more likely to occur in people with a genetic predisposition to anxiety.

This suggests that there is an evolutionary component to this condition; we are seemingly preprogrammed to recognize and fear hostile environments and to respond appropriately. According to this theory, eons ago in order for humanity to survive we needed to fear and avoid entrapment or suffocation and this mechanism, which was once essential for our survival, is mostly dormant or suppressed in our genetic code but is still easily reactivated when some people are faced with stressful situations.

Seemingly backing up the idea that there is an associated genetic factor, even if it isn’t yet fully understood, neuroscientists have discovered that a small section of the brain that processes memory and emotional responses like fear and survival responses like fight-or-flight, called the amygdala, has a connection with claustrophobia. Dr. Fumi Hayano studied patients with such anxiety attacks and found that they generally had an especially small amygdala which led them to react abnormally to common stimuli associated with panic disorders. In claustrophobes this can ultimately manifest in a conditioned panic response when the sufferer is literally in a tight spot.

In the end, as with so many psychological conditions, the current prevailing view is that claustrophobia is caused by a combination of these types of environmental and genetic factors. So the next time you plan a romantic holiday in the Cayman Islands and decide to surprise your partner with a submarine night dive- be careful! The clanging sound as the hatch slams shut may trigger a fierce response that may have been awakened from a childhood memory, from a deeply buried genetic program, or maybe she’s just one of those adults who suddenly developed an unusual fear after watching news reports about the Russian submarine disaster…