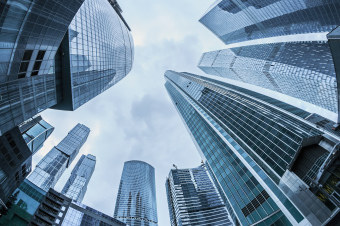 To some people, the word “corporation” has negative connotations, and not without reason—names like Enron and Lehman Brothers come to mind. But it’s also one of the greatest tools for economic growth ever invented. Here’s a brief, fascinating history of the corporation.

Most of us have a simple understanding of corporations as large businesses, such as Coca-Cola, Microsoft, or GE. But there’s more to it than that: a corporation is a company or group of people acting as a single entity—often, but not always, a business—legally recognized as separate from the people who own it. That last part is crucial. One of the fundamental aspects of a corporation is that it is legally permitted to take on risks that do not personally affect its individual owners beyond their financial investment in it. If, for example, you and some friends wanted to invest money in an expedition, wherein you’d sail a fleet of ships across the ocean to a strange, unknown land, conquer or kill the people there, and take over that land for yourself, you’d probably want to form a corporation to legally protect yourselves against any trouble—financial or otherwise—that such a risky adventure might bring about. (That, of course, is exactly what happened in some of the earliest forms of the modern corporation…but more on that later.)

The word corporation was derived from the Latin corpus, meaning “body” or “body of people.” The ancient Romans had what could be seen as an early form of the corporation—legally recognized groups as diverse as religious organizations, schools, and even cities—but those groups did not have the same legal status or structure as today’s corporations. A more direct precursor to the modern corporation came in the 16th and 17th centuries, the heyday of the Age of Discovery, when the nations of Europe were competing for the opportunities for vast wealth being discovered around the world. Western European monarchies began granting royal charters to groups of investors, authorizing them to act as legal entities for purposes of foreign trade and conquest, with mutual benefits for both the government and the investors. (Royal charters had already been in use for centuries, but only to found institutions such as hospitals, universities, and cities.) Two notable examples of early royal charter–based corporations:

Both the East India and Virginia Companies were early examples of joint-stock corporations: businesses that are jointly owned by a group of investors who own differing percentages of the company’s total value in the form of shares or stock in the company. (These shares are what’s sold on “stock markets” or “stock exchanges.”) The roots of such share-divided organizations go back to the 1200s, but they didn’t evolve into this more modern form until the British government started chartering joint-stock corporations in the late 1500s.

That was a huge development in the history of corporations. It allowed them to raise enormous amounts of cash and attract a wider portion of the public into the investment game—a big part of why joint-stock corporations are so common today. After the Virginia Company got its charter in 1606, the founders launched an advertising campaign aimed at selling stock throughout England. More than 1,600 people bought shares in the company—netting the company the equivalent of several million dollars in today’s money. They used the money to pay for the ships and provisions needed to found the first successful English colony in North America.

The history of corporations for most of the next 200 years revolved primarily around the chartering of corporations by various European powers for purposes of overseas trade and colonization.

In the midst of all this, another event occurred: in 1720 the principal shareholders of a British overseas trade corporation called the South Sea Company, in collusion with members of the British government, used a rumor campaign to make the company appear much more successful than it actually was. This set off a national frenzy to buy the company’s stock, which sent the stock price soaring. This was the first stock market “bubble.”

But the South Sea Company was a sham; it was making almost no profits at all. In late 1720, the bubble burst, the company collapsed, and the price of its stock plummeted, sending thousands of shareholders (individuals and companies) into bankruptcy and almost ruining the entire British economy. This was history’s first “stock market crash.” Public outrage stemming from the event led to some of the first laws regulating corporations. Such scandals, and subsequent government reactions, have played a major part in shaping the course of corporate history ever since.

It was also during this time that one of the most important legal concepts regarding corporations came into being: limited liability. That means that if a corporation in which you own stock fails or is sued and ends up owing millions of dollars, you’re not personally responsible for the debt. The debtors can’t come and take your home or any other personal belongings. You and all the other shareholders in the corporation can lose only what you invested when you bought the company’s stock. Your liability, in other words, is limited to the amount you paid for your shares.

Limited liability was devised as a way to encourage people to invest in risky business ventures they might otherwise be wary of, thereby encouraging entrepreneurship. The concept is credited with being a major reason for the enormous success of corporations worldwide. (The first U.S. laws granting corporations limited liability protection weren’t passed until the early 1800s, but earlier corporations had some forms of these protections going all the way back to the early 1600s.)

The next great leap in the history of corporations came just after the American Revolution. No longer subject to British laws, the new United States suddenly had the power to charter corporations themselves, and in order to encourage business in the fledgling nation, they made it relatively easy to do. And the Industrial Revolution, which was in full swing at this time, only added fuel to the growing corporate fire. By 1800 there were about 300 corporations in the United States. By 1840 there were an estimated 10,000—by far the most of any country in the world. Some examples:

Since the beginning of the 20th century, corporations have continued to grow in size, number, and complexity. This was the start of the era of conglomerates (massive combinations of different corporations under a single ownership) and multinationals (corporations that operate in more than one country). And it is almost impossible to overestimate the status that corporations have in the world today. In the United States alone, there are more than 6 million active corporations. America’s largest (and the world’s second largest) is Wal-Mart. It’s worth roughly $476 billion—and it has 2.2 million employees.

Large corporations have also been guilty of rampant abuse and subsequent attempts to rein in those abuses through the law. A 1911 Supreme Court decision, for example, declared Standard Oil Company an illegal monopoly that engaged in unfair business practices, and it broke the company into 33 smaller companies. Similar breakups have occurred several times since. More recently, a string of scandals has once again changed the corporate landscape. These include the fraud-caused collapses of Enron (2001), WorldCom (2002), and financial giant Lehman Brothers (during the much larger 2008 global financial crisis)—which alone caused the loss of a mind-boggling $691 billion.