The Curious Case of Terminal Lucidity 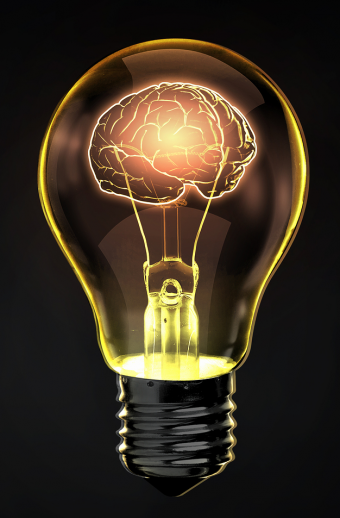 Characterized by a remarkable return of mental faculties and sometimes physical skills to terminal patients who were thought to have lost such abilities, Terminal Lucidity, while extraordinary, is also a very real and extremely mind boggling phenomenon that has largely been ignored by modern scientists, despite references to it going all the way back to Hippocrates.

A relatively recent term, Terminal Lucidity was coined in 2009 by biologist Dr. Michael Nahm, in an article published in Journal of Near-Death Studies. Striking a nerve, in short order other scholarly and mainstream press articles began appearing, each noting different anecdotal examples of the phenomenon.

There is (currently) no large-scale published research that has attempted to quantify the frequency with which Terminal Lucidity occurs, mostly just leaving us with a myriad of scattered, anecdotal accounts whose accuracy is not up to normal scientific standards and which tell us nothing of how common the phenomenon is. Although, a recent extremely limited survey of 10 nursing home caregivers showed that 7 of the 10 had personally observed “patients with dementia and confusion becoming lucid a few days before death.” [1]

There are two broad areas in which Terminal Lucidity has been shown to occasionally manifest: (1) patients who have chronically suffered from “mental derangement” improve and recover their sanity in inverse proportion to a physical decline they suffer in the last weeks of life; and (2) near-death patients who were thought to be beyond the capacity for lucidity, suddenly regain that ability during their last days or even hours of life.

Perhaps the best known example of the former was reported in a 1975 article by Russian researchers who, while studying pre-death conditions in schizophrenics, identified three examples of Terminal Lucidity. Each of the patients had spent at least the previous 10 years in a psychiatric hospital due to schizophrenic conditions. For two of them, approximately six weeks before their deaths (and the third at some unknown time prior) they began to improve mentally to the point that “their overall behavior became almost normal” by the time they died.[2]

In those who fit into the second category and return to lucidity within days of death, these patients may have suffered from any of a variety of conditions that contributed to their mental decline. In fact, in many cases the physiology of the patient’s brain had been so damaged, or their degraded mental state so profound, that there is currently no scientific explanation for their return (or even first venture) into cognition.

Consider the very famous case of Anna Katharina Ehmer (called Käthe), a German woman who lived at the turn of the 20th century. As with many of the anecdotal accounts, the validity of many of the details of her case cannot be confirmed. But it was reported that, suffering from severe mental deficiencies since birth, she appeared to be absolutely unaware of the world around her, (supposedly) never spoke a word (at least as far as her physician was aware), was completely insensitive to her own behavior, and spent her days either staring at one spot for hours, or fidgeting for hours on end. In addition to her congenital condition, Käthe also suffered several serious meningitis infections throughout her life that were believed to have physiologically damaged her brain.

Yet, as she lay dying of tuberculosis, after a supposed lifetime of insentience, Käthe suddenly began singing; and more remarkably still, she sang a hymn for her own soul: “Where does the soul find its home, its peace? Peace, peace, heavenly peace!”

The asylum doctor, Wilhelm Wittneben, and Friedrich Happich who observed the bizarre phenomenon were mystified by it. Happich later theorized that, “Obviously, [Ehmer] had only superficially not participated in all that happened in her surroundings. In reality, she had apparently internalized much of it… she had comprehended the contents of this song and used it appropriately in the most critical hour of her life. This appeared like a miracle to us.”

Other patients with other debilitating conditions, such as strokes, malignant brain tumors and degenerative Alzheimer’s disease, have also been known to suddenly regain sentience. For example, a man suffering from such malignant brain tumors that a brain scan taken toward the end of his life demonstrated the tumors had destroyed and replaced nearly his entire brain (by which time he had lost the ability to speak or move), about an hour before he died, awakened, said good-bye to his family, and even had a brief conversation with them before slipping away.[3]

In another case, a nun who went “raving mad” after suffering from a bout of scarlet fever suddenly recovered after three years of derangement; concurrently, she had also developed a persistent fever that debilitated her physically. Interestingly, the more her physical state declined from the last fever, the saner she became to the point that, just before she expired, she reportedly lost her madness entirely. In the subsequent autopsy of her brain, it was so swollen that as soon as the cranium was cut, her brain forced itself out, and it was impossible to put it back in again.[4]

Similarly, meningitis (swelling of the membrane of the brain and spinal cord) sufferers have also been observed experiencing miraculous recoveries that have so far defied explanation given the severe damage caused by the condition. For example, a woman who lost her cognition and memory as a result of a chronic meningitis infection began to regain her memories and mind, just as her body continued to decline, and she, too, had become fully sentient just before her death. As with the nun, the autopsy revealed severe swelling and significant excess fluid in her skull, as well as blisters covering the membrane and other regions of the brain.[5]

In another case, a woman who became completely speechless and paralyzed after suffering from two strokes within a few months of each other, on the eve of her death suddenly sat up in bed, raised her arms, exclaimed the name of her dead husband; then she laid back down and died.[6]

Likewise, a woman who had suffered from Alzheimer’s disease for 9 years to the point that she no longer recognized even her son, suddenly within a day of her death, not only regained recognition of her family but also knowledge of things she hadn’t seemed to have been aware of previously, including how old she was and where she had been living the last years of her life.[7]

In addition, another Alzheimer’s patient who had also been incapacitated and unresponsive for years returned to sentience a few minutes before her death, even enjoying a normal conversation with her very confused daughter.[8]

Due to extremely limited study, (at least for now) scientists are at a loss to explain why these patients suddenly return to sanity after years of mental deterioration. Most believe that there may be multiple processes at work, with the underlying cause varying depending on the particular patient’s exact condition.

One theory, particularly for those patients whose loss of mental capacity was caused by swelling, is that the wasting (cachexia) “in chronically ill patients might conceivably cause shrinking of brain tissue, relieving the pressure exerted by space-occupying intracranial lesions and permitting fleeting return of some brain function.”[9]

Yet many other examples of Terminal Lucidity are much more difficult to come up with even a tenuous explanation, particularly where the physical structure of the brain has been seemingly irreversibly destroyed, such as with Alzheimer’s, stroke or certain malignant brain tumors. Presently lacking a scientific explanation, to explain these “recoveries,” some turn to more philosophical and religious explanations, similar to those put forth by Hippocrates, Plutarch, and other ancient scholars, with the general idea being that there is more to the human mind than just its “brain physiology.”[10] Adherents to this theory opine that perhaps Terminal Lucidity in these cases are examples of the “brain-free consciousness” or “soul” that is simply freeing itself from the physical structure and limitations of the damaged brain as death nears.

Of course, given that virtually no modern scientist has bothered to study the phenomenon in any great detail and we really only have potentially unreliable anecdotal accounts, significant hard data needs to be gathered before drawing any conclusions.  As Dr. Alexander Batthyany of the University of Vienna, who is presently performing the first large-sample study on Terminal Lucidity, noted of the state of research on the phenomenon- “more studies are needed, that our study is ongoing, and that it is far too early to draw any strong conclusions other than that TL does occur…”