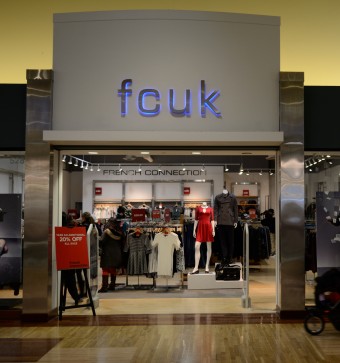 Back in the mid 1990s, the UK based clothing company, French Connection caused a quite a stir in Britain when a keen eyed marketer noticed that the company’s initials bore a striking resemblance to a certain four letter word and suggested they begin using it in their advertising. The CEO of French Connection, Stephen Marks, thought this was a brilliant idea and the “fcuk fashion” campaign was born propelling the company to new heights.

At this point, you might be wondering how a company based in the UK came to be known as “French Connection” in the first place. According to Marks, who continues to serve as the company’s CEO to this day, the reason the company is called French Connection is actually because one of the first contacts he had when he was running another business selling coats and suits in the late 1960s was a French designer called, Pierre D’Alby. D’Alby himself had contacts in Hong Kong who could produce t-shirts in bulk, which he then sold to Marks who sold them for an obscene profit to a number of high-end London retailers like Selfridges and Harrods.

Encouraged by the profits made on the sales of these imported t-shirts, Marks started another company in 1972, with the plan to make similar deals with contacts he’d made in India and Hong Kong. When the time came to think of a name for this new venture, Marks decided to simply call it “French Connection” inspired by both his old contact in France and the recently released Gene Hackman film titled, The French Connection.

According to Marks, the idea behind the company was to sell budget clothes aimed at women, which he saw as an under targeted market at the time.

Though Marks’ middle of the road shirts and other clothing items saw the fledgling company’s profits roughly double each year for some time, there were some teething problems. For instance, Marks later recalled in an interview the time he ordered several thousand cheesecloth shirts from a manufacturer in India for a suspiciously reasonable price, specifying that he wanted half to come with long sleeves and half to come with short sleeves. The manufacturer took this literally and ended up sending Marks thousands of shirts with one long sleeve and one short sleeve.

Despite minor setbacks like these, profits continued to soar, eventually allowing him to expand the brand to encompass men’s clothing in 1976 with the help of French designer, Nicole Farhi, with whom he’d worked with since 1975. Fahri and Marks later became an item and had a child together, which came as a shock to Marks who’d reportedly initially been wholly oblivious to the designer’s attraction to him. According to an interview with the Evening Standard, he didn’t realise Farhi had a thing for him, despite the many signs she’d been giving out, until she finally slapped him in the face with it by booking them a hotel room together for a business trip and then emerging from the bathroom mostly naked.

The success of the business encouraged Marks to list French Connection on the London Stock Exchange in 1983, a decision he later described as one of the worst he’d ever made. Although initially this move proved to be incredibly beneficial to Marks, with sales of stock in the company making him one of richest men in the entire country (15th to be exact), the managers he placed in charge of the company ended up making some rather poor business decisions which ultimately harmed the brand. To put in perspective how badly the brand suffered, when Marks first floated French Connection on the market shares costs 123 pence each; by the late 1980s, they cost only 16 pence. To quote Marks:

“I got too wrapped up with the City and merchant bankers. I was impressed by their big offices and big talk. Actually, they haven’t got a clue. All they’ve ever done is take fees from guys like me who’ve worked their arses off.”

In 1991, a frustrated Marks fired all of the managers and took back charge of the company, which led to an almost immediate rise in profits. But the real money came when Marks was driving past a power plant which had the iconic and infamous Eva Herzigova Wonderbra advert being projected onto the side of it. The sight of a giant half naked woman with heaving cleavage caused Marks to do two things, nearly crash his car and reconsider how he was branding his company.

Very quickly Marks got in contact with the man behind the advert, Trevor Beattie, and asked him to come up with a similar, eye catching advertising campaign. The story goes that while looking around the office, Beattie happened upon a piece of official correspondence between the British and Hong Kong offices of the company, which featured the initialisms “FCUK” (French Connection UK) and “FCHK” (French Connection Hong Kong) for each branch respectively. Beattie immediately spied the potential of the former to elicit controversy and encouraged Marks to take advantage of the happy coincidence- an idea Marks described as “bloody marvellous”.

Although the company didn’t actually have a budget for advertising at the time, Marks gave the go ahead to create one and start a huge poster campaign. A few weeks later, stores across the country were displaying the words “fcuk fashion” in huge, bold letters on their windows. As part of the campaign, the store also began selling T-shirts featuring slogans like “hot as fcuk”, “cool as fcuk” and, well you get the idea. Oddly, despite these and countless other variations, the most popular design was simply a black t-shirt featuring the word “fcuk” in small, white print. The shirt which retailed at 20 pounds, sold over a million units.

As you can probably imagine, it wasn’t long before moral crusaders campaigned to have the shirts banned, which, as nearly always happens as a result of such campaigns, only served to make the shirts all the more popular. In fact, the sheer amount of complaints lobbied against French Connection resulted in the Advertising Standards Authority eventually asking the company to just run all of its posters by them before they were launched so they could prepare for complaints ahead of time.

Probably the company’s most boundary pushing moment was when they submitted an advert pitch to the Broadcast Advertising Clearance Centre (which vets all adverts before they can appear on TV) which consisted of two young models taking off each other clothes with words “full -frontal collision until knackered” emblazoned underneath. The ad was not only rejected, but the BACC released a statement saying that they were flabbergasted that they “had the gall to send the script in.”

As with anything popular, it wasn’t long before other companies tried to ride the coattails of this ingenious stroke of marketing and fake “FCUK” clothing began to flood the market, diluting the brand somewhat. By 2003, partly due to counterfeiting and partly due to market over-saturation, the company dialed back on the FCUK campaign, though you can still buy the occasional shirt with FCUK on it if you look hard enough.