This Day in History: March 16th- Malebysse and a Mob 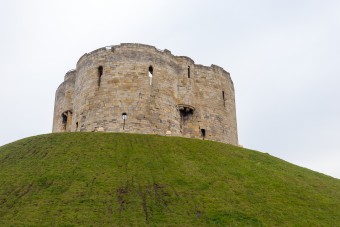 The Jewish people inspired fear, revulsion and hatred among the English during the Middle Ages. They looked and talked a little different, their customs were different, and their religion was different. They were also reviled as the killers of Christ, a Jew who advocated “love thy neighbor as thyself” second only in importance to “love the Lord thy God,” ironically enough given the attitude of the age. And, when asked “Who is my neighbor?” Jesus (very pertinent to this article’s subject) no less replied with a story of a Samaritan helping out a Jew who was in distress, despite that at the time Jews and Samaritans avoided contact with each other like the plague.  When they did encounter one another, violence between them was very common.  In this case, while Jews passed the injured Jew by, it was the Samaritan who became a neighbor to his enemy, a Jew. A message within a message.  The 12th century, largely Christian, English apparently missed this message.

The Jewish presence in England had come at the invitation of King William I – William the Conqueror, who found dealing with the Jewish people quite useful. Christian doctrine forbade usury, or lending money for interest, denouncing it as a sin.

Jews, on the other hand, were free to act as moneylenders and were permitted to set high interest rates. They worked as international financiers and coin dealers and played a major part in maintaining England’s treasury. This worked out great for the kings who could wheel and deal – and tax the Jews up the ying-yang. It didn’t set so well with those who may have taken a high interest loan they couldn’t pay off, or those simply jealous of certain Jewish lenders’ immense wealth.

There was one landowner in particular, Richard Malebysse from York, who was hopelessly in debt to Jewish moneylenders. He had been desperate to find a solution to his problem, and came to the conclusion that the only way to get rid of his debt was to get rid of his debtors. When King Richard I left on Crusade in October 1189, he began to put his plan together.

Although the Jews were under the protection of the King, riots broke out in York (led by, you guessed it, Richard Malebysse), and Jewish homes were set ablaze. The mob also murdered any Jews they caught not killed in the fires. The Jews, unfortunately all too aware from past experience that a pogrom, or slaughter, was underway, ran for protection. 150 people sought refuge in Clifford’s Tower.

On March 16, 1190, a siege forced the Jews from the Tower. Many of them chose suicide rather than converting to Christianity or counting on the mercy of the mob outside. After killing their families, they set fire to Clifford’s Tower and took their own lives. The few that decided to take their chances got stiffed, dying in the fire or at the hands of the rioters.

Richard Malebysse immediately headed over to the local cathedral York Minster, where the Jewish bonds were kept, and burned them, figuring that was the end of his money troubles. (Not hardly. All of his family lands were eventually confiscated. Malebysse had fled, his exact whereabouts unknown. )

When King Richard I got wind of all this in France, he was not a happy camper. Beyond the loss of some of his major financial backers, Malebysse and his mob were undermining his authority. Thus, he slapped the city of York with a heavy fine. (By then, all of the instigators had made themselves scarce.) He then established the Exchequer of the Jews in 1194, which, among other things, ensured that even should a Jewish lender be killed and his house burned down, detailed records of who owed money to that individual would survive. This, of course, made it pointless for debtors to try to kill off the people they owed money to. This helped insure that the monarch could continue to use the Jewish lenders as a significant source of revenue whenever the monarchy needed more money.