This Day in History: January 26th- The Twist 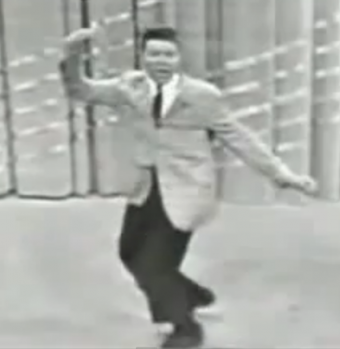 There is only one song that made it to number one on the Billboard charts on two separate Billboard runs, and that is Chubby Checker’s legendary dance smash “The Twist.” The title first topped the chart for the week of Sept. 24, 1960, and then reclaimed the number one position on January 13, 1962, until finally relinquishing it for good on January 26, 1962.

“The Twist” became a hit in the first place thanks to the tireless efforts of Dick Clark. The shrewd host of American Bandstand knew the song had the potential to be a huge smash, but the song’s composer, Hank Ballard, had also written a sexually-driven ditty called “Work With Me Annie” that was banned by the FCC in 1954.  In the end, Ballard’s version only managed to hit number 28 on the Billboard Hot 100 in 1960.

Clark knew he needed a more wholesome singer to cover the “The Twist” for it to be successful. That singer turned out to be a young chicken plucker named Chubby Evans, soon to be dubbed “Checker” thanks to Mrs. Dick Clark.

“I’d had the nickname Chubby since I was 11 years old, and I was doing a Fats Domino impression.” Checker recalled. “‘His name is Chubby, like Fats? Well, then, his last name should be Checker, like Domino’.” “The Twist” – both the song and the dance craze – and the exposure he was given on American Bandstand turned Chubby Checker into an overnight sensation.

Other hit songs and dance crazes came and went. Chubby had another number one five months later with “Pony Time” – another catchy song with an accompanying dance. Then, a year after its original release, after it had completely fallen out of the Hot #100, “The Twist” shot to the top of the charts again, a phenomenon that hadn’t happened before – or since.

The song became a big hit with American adults after actress Merle Oberon was spotted doing the Twist with an elderly exiled Russian prince at the Peppermint Lounge. Teenagers from sea to shining sea died with embarrassment as their parents got a buzz on at family parties and cookouts and did the Twist. Bad news for America’s teens perhaps, but it assured Chubby Checker’s place in rock and roll history.