This Day in History: January 16th- Ivan the Terrible 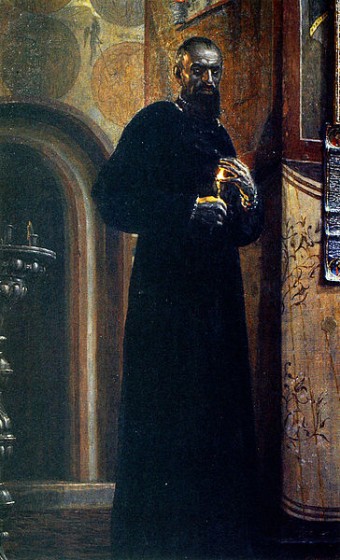 On January 16, 1547, 16-year-old Ivan Vasilyevich, Grand Prince of Moscow, assumed the Russian throne in the Cathedral of the Dormition, ushering in a new political era for the country – for better or worse. He demanded the title “Tsar of All the Russias” although he was in reality The Duke of Moscow.

With this edict, Ivan was making a strong statement of his future intentions. The new Tsar planned to unify modern Russia, Ukraine and Belarus, and made it very clear that his exalted position was nothing less than a divine appointment. The term “tsar” had Royal Biblical associations, and by declaring himself Tsar he created a bond between the monarchy and the Russian Orthodox Church, which would prove useful for him and those that ruled after him.

But Ivan was called “the Terrible” for good reason, and in the late 1550s he began earning the nickname. When his beloved wife Anastasia passed away, he suspected his nobles of poisoning her and of plotting to overthrow him. This sparked his first serious campaign of oppression and murder against the nobility – and it would not be the last.

In 1565, Ivan set up a system called “Oprichnina”, which included a police force called the “Oprichniki” hand picked by the Tsar that was dreaded across the country, instantly recognizable by their black horses and clothing.

During one horrifying event, many of the residents of the wealthy city of Novgorod were massacred in 1570, including its nobility. Ivan suspected the city of treason and led the troops himself for that particular bloodbath. In the process, Novgorod’s archbishop was supposedly sewn up inside a bearskin and then thrown to a pack of ravenous hounds; many of the citizens were also supposedly tied to sleighs and pushed into the Volkhov River.

Over the years, his paranoia and cruelty only worsened. Ivan began mixing his fits of rage with bouts of religious fanaticism; drunken revels were interspersed with prayerful retreats in remote monasteries.

Even his own family wasn’t immune to his irrational outbursts of anger. For instance, when he felt his pregnant daughter-in-law was dressed immodestly, he brutally attacked her and caused her to miscarry. In the process, the Tsar accidentally killed his eldest son and heir as he tried to defend his injured wife.

By the end of his life, there was hardly a noble family that hadn’t lost at least one family member to the unpredictable whims of Tsar Ivan the Terrible.