This Day in History: November 6th- Spiking Drinks with Anti-Freeze 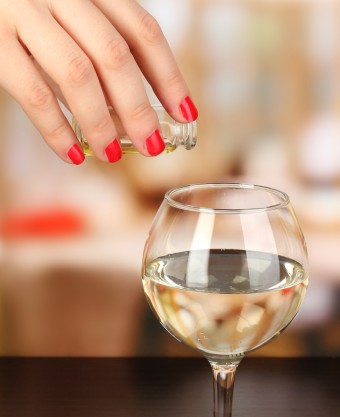 A 40 year-old woman named Shirley Allen from St. Charles Missouri was arrested on November 6, 1982 for the murder of her husband, Lloyd Allen, also 40. The murder weapon was ethylene glycol, commonly used in anti-freeze, which Mrs. Allen had been spiking her husband’s beverages with over the course of many months.

Unfortunately for Shirley, her daughter had witnessed her poisoning the drinks, and turned her into the police after Lloyd Allen’s mysterious death (too little too late it would seem). Her husband reportedly had noticed something a bit “off” about the beverages Shirley was serving him, but she said she’d been adding iron supplements. He believed her. Lloyd died on November 1; Shirley was arrested on November 6.

Shirley had been married six times. And this wasn’t the first time one of her husbands turned up dead.

John Gregg, who had married Shirley in 1977, died a year later. Shirley was not a happy camper when she found out that her deceased husband had removed her as the beneficiary on his life insurance policy not long before he died. The fact that she was left nothing really put a damper on her widowhood.

Another of her husbands, John Sinclair, became suspicious of the strange tasting coffee his wife had served him on numerous occasions, and went to the police with his concerns. Even though he suffered internal injuries thanks to the poison his wife had been feeding him, he didn’t press charges. Apparently thankful to get out with his life, he merely filed for divorce and got out of Dodge.

Shirley’s other two spouses divorced her as well (she was married to one lucky guy twice).

After an autopsy had been performed on Lloyd Allen’s remains, toxicology reports revealed his tissues were saturated with deadly amounts of ethyl glycol. Shirley denied any involvement in her husband’s death, and also stated she had no knowledge of who was responsible. In 1983, Shirley was convicted of murder after a four-day trial. Taking into account the toxicology report and that her own daughter testified as an eyewitness, the jury only deliberated for three hours to decide her fate.

She was sentenced to life in prison with no possibility of parole for 50 years.