October 2, 2014 Karl Smallwood
Katy E. asks: Are there any differences between razors and shaving cream for men and women beyond cosmetic? 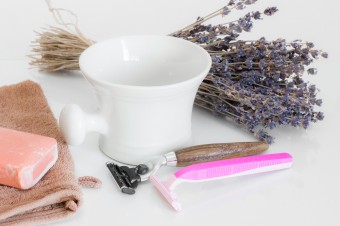 Shaving companies almost universally put out both a men’s and women’s version of each of their products, with the women’s version generally costing quite a bit more. But is there actually any difference between the so-called “gendered razors” and shaving cream or is it all just clever marketing?

We’ll start with whether there is any difference in the razors. The answer to this question largely depends on what exactly you are referring to when you say “razor”. If we’re exclusively talking about the razor blades themselves, then there is, for the most part, no difference whatsoever between men’s and women’s razors, with the one caveat being potential differences in the quality of razor blades between brands. Beyond that, no brand we could find claims to use different designed blades for their gendered products. In fact, companies are not shy about admitting this. For example, a few years ago Gillette issued a press release in which they stated that the blades used in their gendered products are both using the same “blade technology”.

So the blades are the same, what about the rest?  After all, women’s razors are generally more expensive than men’s, so are you getting anything for your extra money? For starters, women typically use razors to shave a much larger surface area than men (18 times as much by some estimates). In anticipation of this, many razors made for women are built with a head that is more rounded and often much larger than a comparable male product. Why?  This extra stuff around the blades generally includes some sort of “guide bar” like device that essentially helps get longer, fine hairs in the right position to be cut. This is done as many women, particularly in the winter, let their leg hairs grow out between shavings. This extra surrounding casing also typically is designed to reduce the likelihood of cutting yourself when shaving quickly as such a large surface area often induces.

On the flip side, the heads of men’s razors are designed to facilitate more accurate facial grooming with smaller heads around the blades, as well as having the blades more tightly packed. This serves to better cut thicker hair commonly found on men’s faces vs. women’s legs, and to cut hair closer to the skin. The downside is that one has to be slightly more careful when shaving if you want to avoid accidentally cutting yourself.

To further facilitate this difference in shaving area, the blades of men’s razors are also often put at more of an oblique angle than women’s razors, along with a different contour of handle. The difference in angle and handle shape allows women to see better what they’re shaving when, for instance, looking down at their legs, vs. men looking straight across into a mirror.

So what about shaving creams? Well, unlike razors, which while extremely similar do have some differences, shaving creams and foams are almost always identical save for two differences- smell and price. The base ingredients of both for a given manufacturer are generally the same, they’re just fragranced and packaged differently depending on who they’re marketed to.

As for why women pay more for theirs (and pretty much all other grooming-related products), this is up for debate.  Consumer Reports did an article on this very phenomenon in 2009, specifically asking various bath product manufacturers why there was such a (often large) price discrepancy, with the responses from all companies leaving something to be desired. The best, or perhaps just the most amusing, was from Nivea, whose equivalent body washes for men vs. women differ in price by about 27%. They claimed the price difference was because the women’s version has “skin-sensation technology”, which apparently isn’t a technology that shows up in the ingredients list.

In an interview with Boston Magazine, Dr. Kristina Vanoosthuyze ,who works at the Gillette Innovation Centre, had this to say when asked about the price difference, “The elastomer materials in the grip points, finger rests, and how women hold the razor are different and more comprehensive. It’s important to make the razor ergonomic to use, because women typically shave in a fairly wet environment. And for women, shaving can be like acrobatics, trying to get the ankles, back of the legs, knees, etc. We want the handle to have good control so she can move it around in her hands.”

This does a fair job of explaining the subtle differences between men’s and women’s razors, but is not quite as satisfactory at giving a firm answer to the posed question about the price difference, other than to imply the slight difference in design is the reason for the large markup. This, at least, is better than Nivea’s explanation.

Perhaps the most reasonably explanation is that proposed by Psychology Today. Lacking any good explanation from the manufacturers, they speculate it is because women are under a lot more pressure to be as well-groomed as possible, so are simply willing to pay more. By making it seem as if the women’s version is superior for women, whether true or not with a given product, they assure most will be willing to pay a markup for the “best”.

So, in the end, with razors, there are some tangible differences that may affect your shaving experience depending on what you’re shaving, and which you prefer may be more a matter of personal preference and shaving technique than your gender. And as for shaving cream- do you like that flowery scent?  You’ll quite literally pay through the nose for it over the more “manly” scented (or men’s unscented) variety, which is often made of the same thing as the women’s version for a given brand. 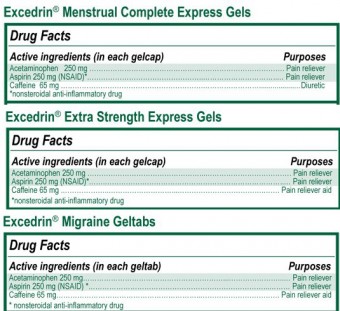