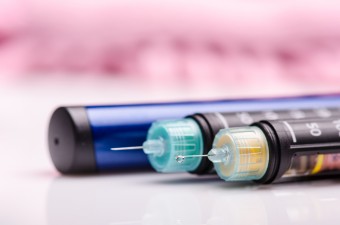 According to the World Health Organization, about 347 million people worldwide have diabetes. Because diabetes treatments are so common today, it can be easy to forget that the disease can be fatal. In fact, it is approximately the seventh leading cause of death worldwide. Luckily, many people diagnosed with diabetes today enjoy healthy, otherwise normal, lives thanks to advances in treatment, and most notably insulin. However, this development is relatively recent, and only 100 years ago to receive a diabetes diagnosis was to be condemned to a life of near starvation and early death.

Known to the ancients, diabetes is one of the first diseases ever classified. Both the Vedic-period Indians and the Egyptians knew it, with the former recognizing it by the fact that the urine of its sufferers was so sweet it would attract ants. Early on, a diabetes mellitus diagnosis was a death sentence.

By the end of the 1st millennium, its symptoms were well known: excessive, sweet-tasting (yes, tasting) urine, excessive thirst, abnormal appetite and sometimes, even, gangrene. Early treatments included a mixture of fenungreek, lupine, trigonnella and zedoary seed, a combination that is sometimes still used today to reduce the excretion of sugar.

By the dawn of the 20th century, leading diabetes specialists were advocating what some called a starvation diet, “not as a cure, but for relief of symptoms and maximum extension of life.” Hardly a solution, other researchers began exploring healthier treatments for patients.

One of these was Frederick Banting, a Canadian doctor. In 1920, he had the idea that a product could be extracted from the pancreas that could be used to reverse the effects of diabetes.

Banting didn’t pull this idea out of thin air. Thirty years before, in 1889, two Germans, a physiologist, Oskar Minkowski, and a physician, Joseph von Mering, had discovered that the pancreas regulated glucose. By conducting several experiments that either removed the pancreas (from a dog) or tied off the duct that went from it to the intestine, they discovered that dogs that had the pancreas completely removed died from diabetes, but those who only had the digestive duct ligated did not develop the condition. Clearly, they surmised, the pancreas produced something that prevented diabetes.

Building on this idea, Banting believed that if a healthy pancreas was deprived of nourishment, it would lose its ability to make digestive juices, but its remaining cells could be used to create an antidiabetic product.

A simple doctor with only a bachelor’s degree, Banting needed the help of a professional researcher, and he ultimately enlisted the aid of University of Toronto professor John Macleod. Macleod grudgingly allowed Banting to use a bit of laboratory space and gave him ten dogs and an assistant, Charles Best.

In the summer of 1921, Banting and Best first removed a pancreas from one dog – giving it diabetes. Then they “ligated” the pancreas of another, stopping its nourishment. After it degenerated, they removed it, chopped it up, froze it in a special saltwater, ground it up and injected it into the now-diabetic dog.

The poor dog improved, and Banting and Best discovered that a few daily injections kept the dog healthy. This finally impressed Macleod who provided them with more funds and a better lab. Although Banting and Best initially called their treatment “isletin,” they deferred to Macleod’s suggestion of “insulin.” The name derives from the Latin “insula,” meaning “island.”

Later in the year, Bertram Collip, a biochemist, joined the team, and they also switched from using small dog pancreas to the larger ones found in cows. They eventually learned that shrinking the pancreas was unnecessary, as whole, adult pancreases worked just fine.

Collip had been brought on to help purify the insulin and determine the proper dose for humans. The first two human guinea pigs were Banting and Best who injected themselves; although they suffered from dizziness and weakness, it otherwise had no ill effects. During this time, Collip discovered that glucose helped alleviate the symptoms of an insulin overdose.

The first diabetic human to try insulin was Leonard Thompson, a 14-year-old from Toronto who was near death when they began the trial in January 1922. Shortly thereafter, he regained his health.

Another early subject was Elizabeth Hughes, the daughter of a prominent American, Charles Evans Hughes, Sr., who at the time was the U.S. Secretary of State. (He later went on to become the Chief Justice of the Supreme Court). Prior to insulin, Elizabeth was treated with a starvation diet with only limited success. By 1922, she had dropped to 45 pounds (she was about 5 feet tall), and her mother pleaded with Banting until Elizabeth was allowed to participate in the trial. Also a success, Elizabeth ultimately went on to lead a long, full life.

By 1923, the world realized what Banting, Best and Collip had discovered with Macleod’s help, and the Nobel Committee awarded Banting and Macleod the Nobel Prize in Physiology or Medicine. Banting was angry that Macleod, and not Best, was included in the prize. In later years, the committee has justified its award to Macleod, rather than Best and Collip, by noting that Macleod provided financial and other support for the project, supervised the work and used his connections to get the discovery known among the larger scientific community.

In the end, Best and Collip received recognition, at least from Banting and Macleod, who shared their cash awards with their over-looked colleagues.