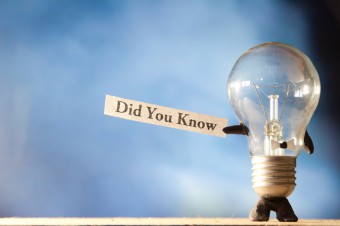 In December 1979, in the depths of a Montreal winter, two Canadian newspapermen created one of the most popular board games the world has ever known.

High school dropout Chris Haney was the photo editor of The Gazette. He had originally dropped out of school at the age of 17 in order to take a copy boy job with the Canadian Press, the company his dad worked for.  After his eventual Trivial Pursuit fame and riches, he would state he regretted his decision to drop out of school… at the age of 17; he stated he wished he’d done it at 12. (Incidentally, Dave Thomas, the founder of Wendy’s and the man partially responsible for saving KFC, was also a high school dropout.)

In any event, Haney’s buddy, Scott Abbott, was the sports editor for The Canadian Press. According to legend, after realizing that a couple of tiles from the Scrabble game they were trying to play over lunch (some versions say dinner at a tavern, after a dozen or so beers downed each) were missing, the pair decided to create a new game. Within a couple of hours, and after becoming further inebriated, they had outlined the basic aspects of Trivial Pursuit.

In truth, Haney told The Hamilton Spectator in 1993 that the pair were not at a tavern, but at his home when they came up with the idea.  They were nursing just one beer each and discussing board games and the lack of a good trivia one and simply started thinking about what such a board game would look like.

Of course, there is a large gap between thinking up an idea for a product and ultimately getting it to market. To figure out how to close that gap, the pair attended the Montreal toy fair pretending to be a reporter and photographer doing a story on board games.  They then interviewed game makers at the fair on various aspects of board game development and, as Haney said, they got “$10,000 worth of information.”

Now with the knowledge of how to perfect and get a game to market, they simply needed money.  This was a problem at first owing to the fact that they were labeled as con-artists, after being connected to a pyramid scheme chain letter.  Nonetheless, they ultimately found thirty-two small investors (including Haney’s brother and another friend who further helped in the game development), raising a total of about $40,000 (about $100,000 today) in the process. Interestingly enough, it was almost thirty-three investors, but Haney convinced his mother not to invest as he thought there was a good chance the venture would fail and she’d lose her money. Personally, he simply hoped he’d earn enough extra cash from the game to be able to travel around Europe for a while.

Given economies of scale, the first 1,000 or so copies of the game released at the end of November 1981 cost far more to make ($75 each) than the price to purchase ($15). Making matters worse, industry insiders were initially not too enthusiastic about the game even after it was brought to market. Nonetheless, among those who purchased it, the game was a hit and rapidly gained in popularity.  In fact, by 1984, just the third full year the game had been out, gross sales of Trivial Pursuit had reached well over a half a billion dollars and that year alone an astounding 20 million copies of the game were sold.

In the years since, the rights to the game have changed hands several times, with the game continuing to be extremely popular and making each of the first 32 investors very “rich on the annual royalties.”  Needless to say, Haney was able to afford that trip touring Europe he’d hoped for.

Beyond that, numerous editions of the game have been put out in various mediums, and several different television shows have attempted to capitalize on the game’s popularity including three in the U.S., Trivial Pursuit (1993-1995), Trivial Pursuit: America Plays (2008-2009) and ESPN Trivial Pursuit (2005).

But it wasn’t all sunshine and lollipops for the game makers. With such huge sales and revenue, of course there would be legal action- nothing attracts lawsuits like someone suddenly becoming extremely wealthy or creating something that’s a world-wide hit.

One lawsuit came early on when the author of The Trivia Encyclopedia, Fred Worth, sued the company for copyright infringement. In fact, he had them “dead to rights,” since he had purposely inserted a false bit of trivia (that a television detective, Columbo’s, first name was Philip) into his book for just such a purpose. That erroneous bit of trivia was included in Trivial Pursuit. In truth, Haney later freely admitted he’d borrowed bits of trivia from Worth’s works. Unfortunately for Worth, although Haney and Abbott had relied on his book for some of their questions, they also used other sources, and regardless, the facts (even made up ones) in those books could not be copyrighted, at least according to the Ninth Circuit Court of Appeals.

A second suit was raised by a person who claimed that he invented the game, and explained it to Haney. The litigation dragged on for years (1994-2007), but ultimately Haney and Abbott prevailed there as well.

Since the first game came out over 30 years ago, a few of the answers have changed in the game, to wit: