This Day in History: July 30th 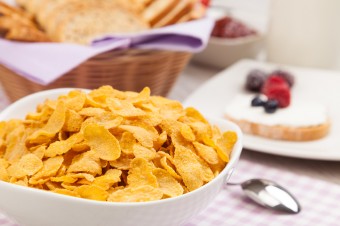 One of the most fervent anti-masturbation crusaders was a Michigan doctor and Seventh Day Adventist named John Harvey Kellogg. And it wasn’t just self-love Kellogg took issue with – any form of sexual expression whatsoever made his skin crawl, as he believed it had a negative impact on one’s physical, spiritual and emotional health.

And Kellogg practiced what he preached. He did wed, but never consummated his marriage, and he and his wife kept separate bedrooms. All of their children were adopted. Ah, romance.

John Harvey’s solution to this problem was “biologic living,” which was basically a healthy and extremely bland vegetarian diet. He believed that meat and seasoned foods increase sexual libido (we can’t have that!) and that plain foods such as nuts and cereals inhibit it. So nuts and cereals it is.

Kellogg became president of an Adventist sanitarium in Battle Creek, Michigan at the turn of the century and used his patients as guinea pigs to test his dietary theories. He, his wife Ella, and his brother Will accidentally invented wheat flakes during the process of trying to make an easy-to-digest form of bread, which they called Granose.

They had just created the world’s first flaked cereal, but the name was already taken and the owner of it was threatening to sue, so the Kelloggs changed their product’s name to granola.

Another “healthy” invention of Kellogg’s was a contraption devised to clean out the ol’ intestinal tract. This mechanical enema machine first ran water through the bowels and then followed that up with a pint of yogurt – half administered orally, and half administered anally. For some strange reason, this treatment never really caught on. (If this seems strange, about a century before, literally blowing smoke up your butt was a popular practice for resuscitating drowning victims, among curing other maladies.  It was so popular in some regions that the equipment used in this procedure was hung alongside certain major waterways, such as along the River Thames- essentially the 18th century, much less effective, version of an AED.)

But when Kellogg decided to cook, dry, and roll corn as opposed to wheat on July 30, 1898, he hit upon a healthy product that his patients and the general public would clamor for. Will Kellogg was the brother with the business savvy, and wanted to add sugar to corn flakes to jazz them up a bit. This horrified John Harvey and it became a bone of contention between the siblings for the rest of their lives.

John Harvey took his anti-masturbation nuttiness even further than dietary restrictions. He recommended circumcisions sans anesthesia, so young boys would have negative associations with their penises, and even suggested sewing foreskins shut. He also advocated applying carbonic acid to young girls’ clitorises as “an excellent means of allaying the abnormal excitement.”

And before you dismiss this guy as one of those nut-jobs teetering on the lunatic fringe, it’s interesting to note that his clients included such well-respected personages as President Taft, George Bernard Shaw and Amelia Earhart.

So, the next time you’re digging into a bowl of cornflakes, in homage to Mr. Kellogg keep it plain and make sure that both of your hands remain above the table.