This Day in History: July 24th 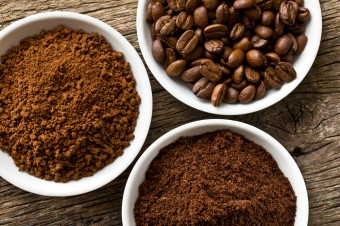 Although instant coffee had been around before this date, the instant coffee we know and love – or revile – today was introduced on July 24, 1938. The Nescafe (a combination of the words “Nestles” and “café”) brand was the result of a more sophisticated coffee refining process than earlier versions of the product.

The instant coffee odyssey began in 1901 with Japanese-American chemist Satori Kato who introduced his version at the Pan American Exposition in Buffalo, New York. It was received well enough that in 1903 he formed the Kato Coffee Company Inc.

In 1906, an English chemist named George Constant Washington created what he dubbed “a refined soluble coffee,” and began selling it under the name Red E Coffee.

Soon there were other brands of instant coffee on the market. American soldiers serving in Europe were sent ample supplies of it during World War I (as if they weren’t suffering enough.)

By 1930, the story goes that Brazilian Coffee Institute asked Nestle to consider entering the instant coffee market, but with a better tasting product than anything that was currently available. Brazil allegedly believed that an instant coffee that tested better with consumers would increase coffee sales. What a concept.

By 1937, a scientist named Max Mortgenthaler had perfected a method of spray drying the coffee and adding carbohydrates as a stabilizer. These techniques led to an improvement in the taste of instant coffee, raising the bar from horrible to almost bearable.

In the end, the work of many brilliant chemists and scientists over the span of almost 40 years led to the debut of Nescafe instant coffee on July 24, 1938.

Most American coffee aficionados recoil at the very idea of instant coffee (because it’s gross). Some don’t even considered it real coffee, and you’ll even see it referred to as a “coffee-like beverage.” The only good thing about is … I’ll get back to you on that.

In Europe, however, the term “Gourmet Instant Coffee” doesn’t evoke peals of hysterical laughter. For instance, a full 90 percent of the coffee consumed in the UK is of the instant variety. But rumor has it what the Brits drink is in a different league from what is available in North America. I sincerely hope so. But, in truth, maybe this is why they prefer tea? 😉