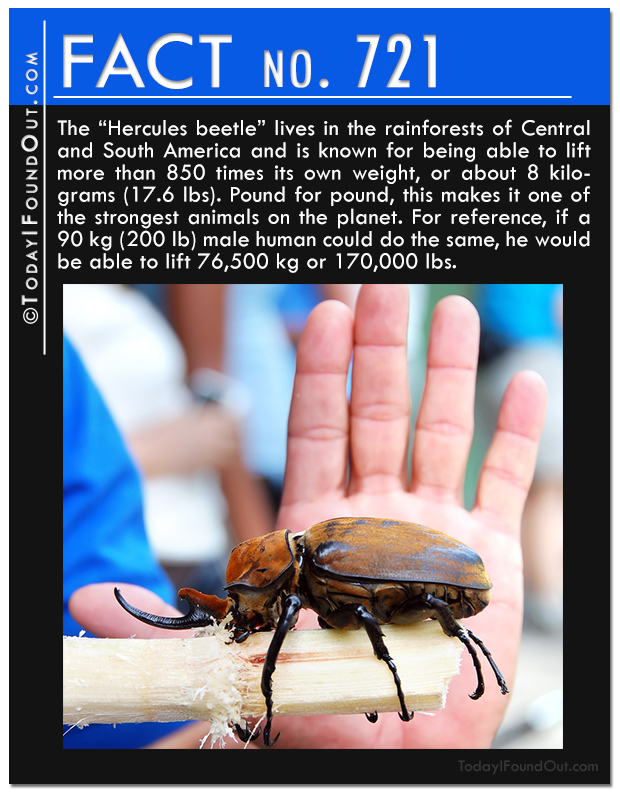 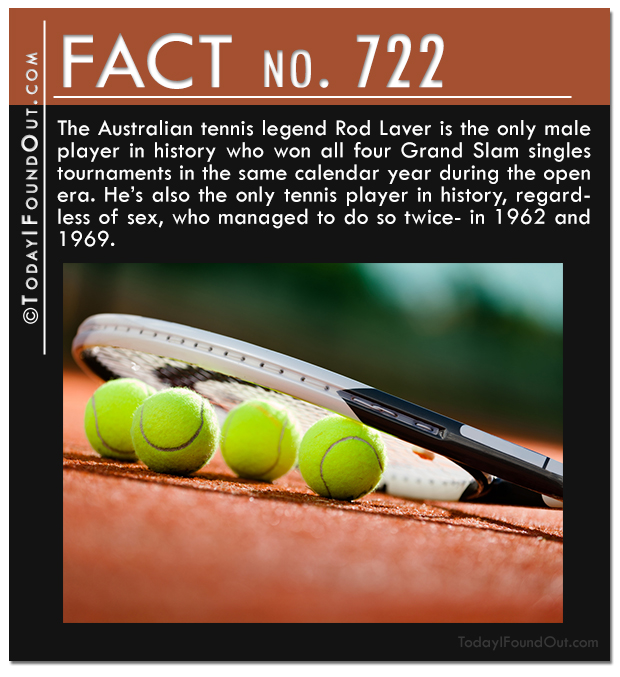 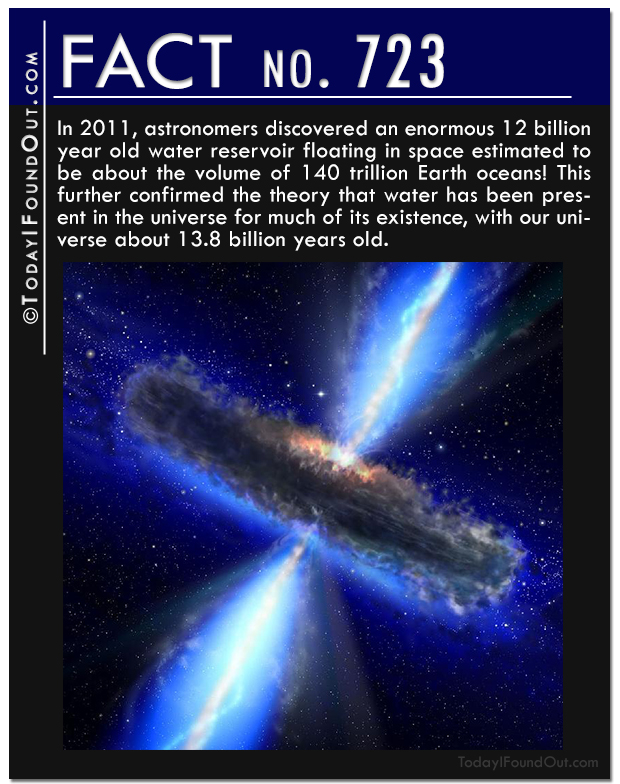 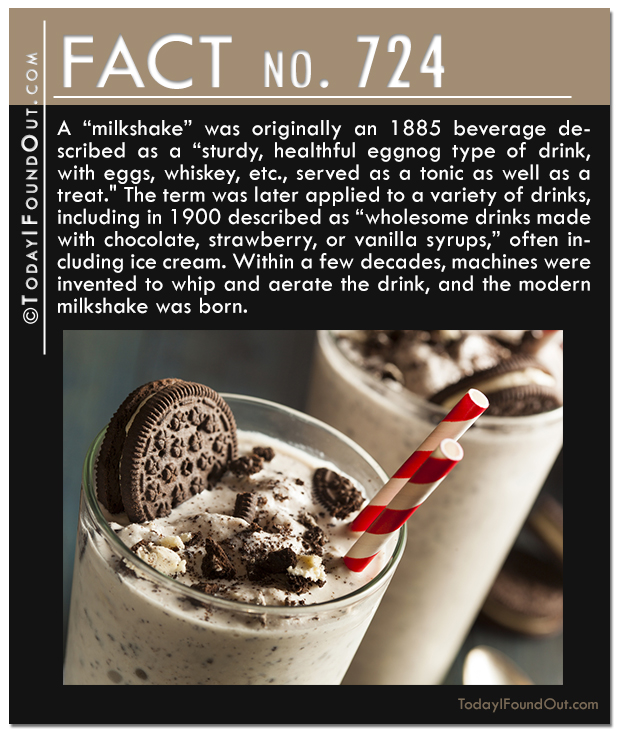 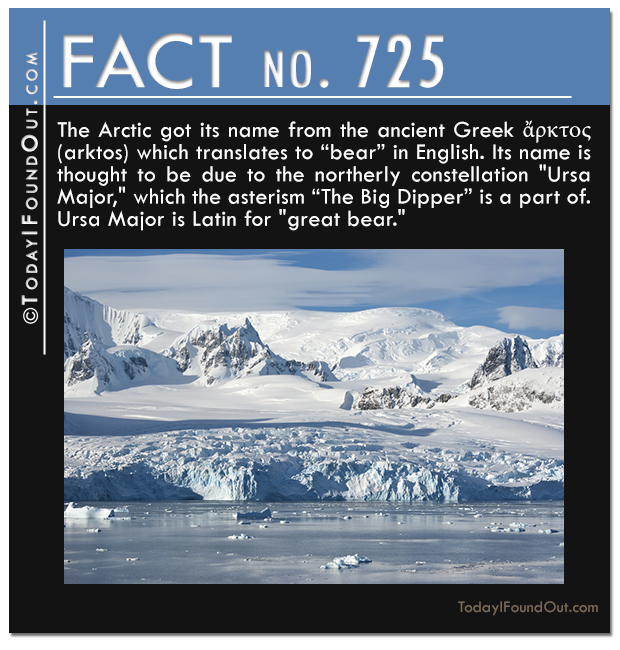 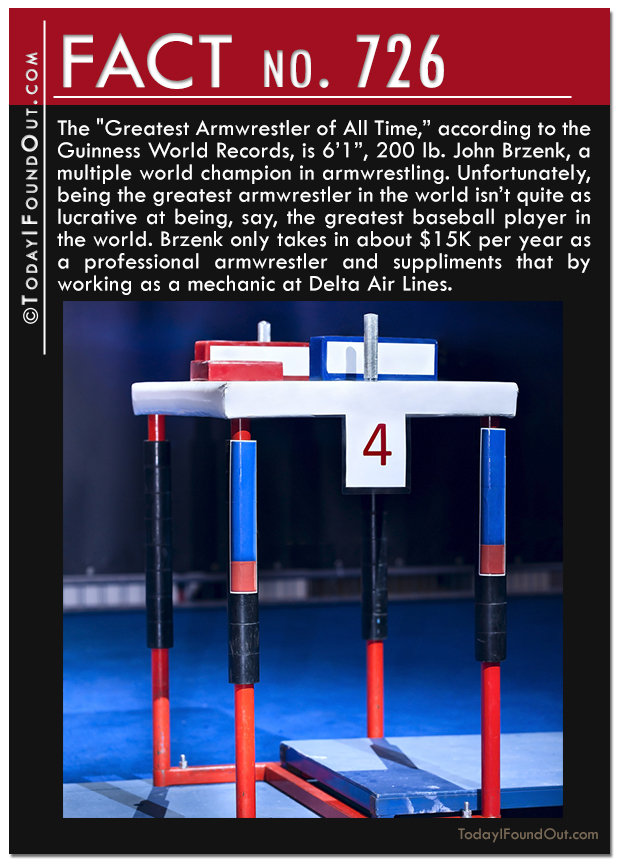 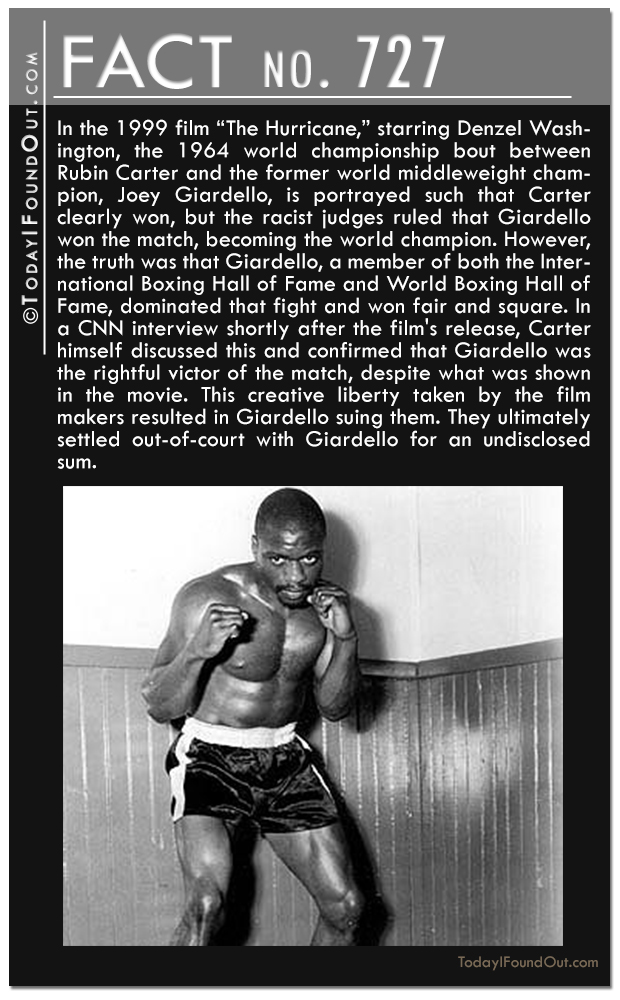 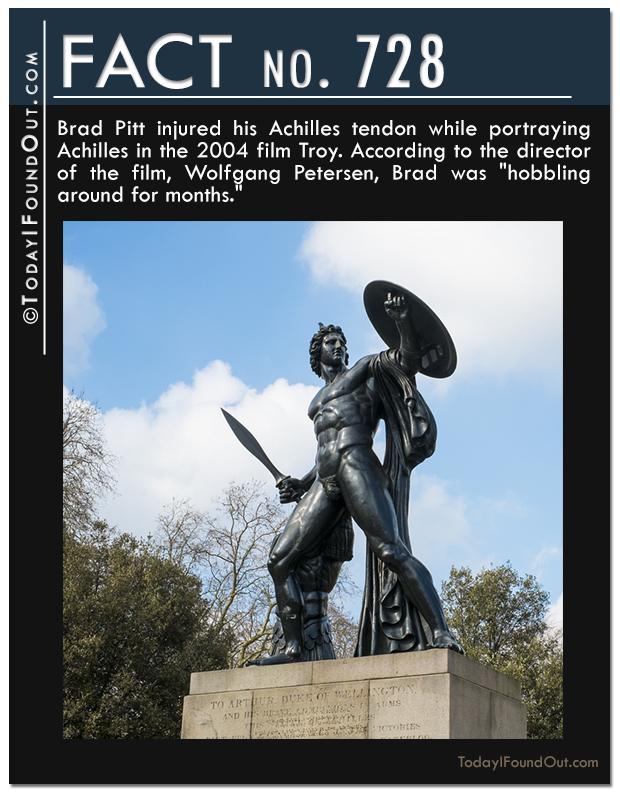 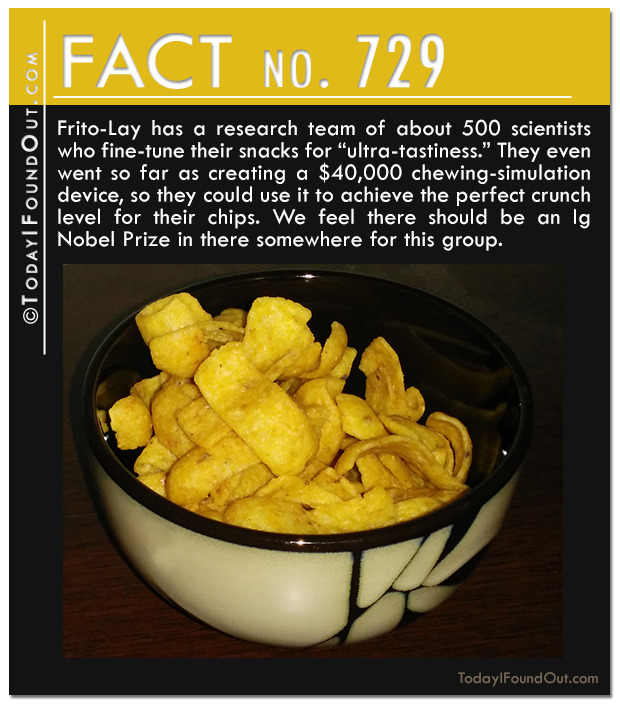 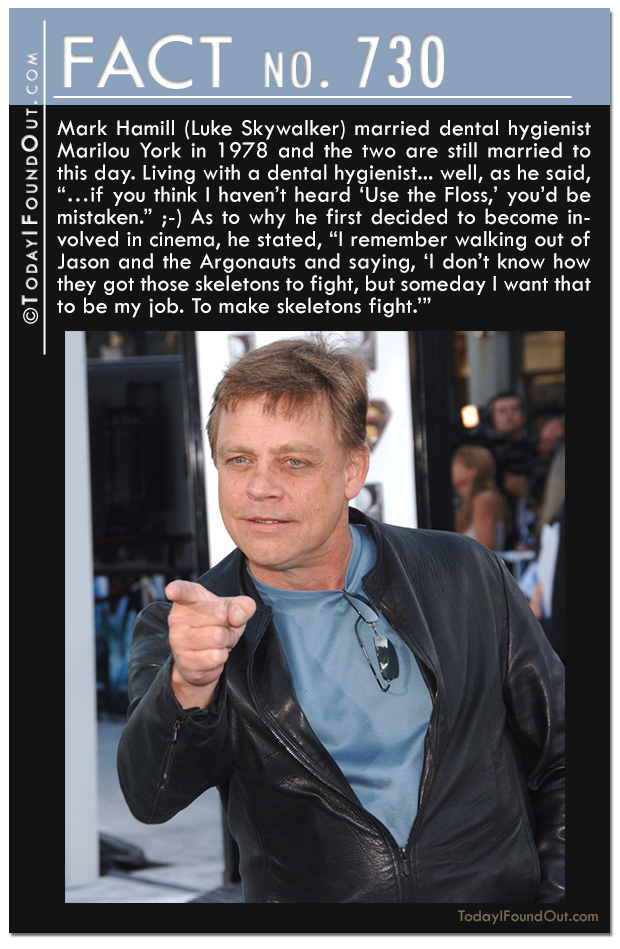 722: The Australian tennis legend Rod Laver is the only male player in history who won all four Grand Slam singles tournaments in the same calendar year during the open era. He’s also the only tennis player in history, regardless of sex, who managed to do so twice- in 1962 and 1969.

723: In 2011, astronomers discovered an enormous 12 billion year old water reservoir floating in space estimated to be about the volume of 140 trillion earth oceans! This further confirmed the theory that water has been present in the universe for much of its existence, with our universe about 13.8 billion years old.

724: A “milkshake” was originally an 1885 beverage described as a “sturdy, healthful eggnog type of drink, with eggs, whiskey, etc., served as a tonic as well as a treat.” The term was later applied to a variety of drinks, including in 1900 described as “wholesome drinks made with chocolate, strawberry, or vanilla syrups,” often including ice cream. Within a few decades, machines were invented to whip and aerate the drink, and the modern milkshake was born.

725: The Arctic got its name from the ancient Greek ἄρκτος (arktos) which translates to “bear” in English. Its name is thought to be due to the northerly constellation “Ursa Major,” which the asterism “The Big Dipper” is a part of. Ursa Major is Latin for “great bear.”

726: The “Greatest Armwrestler of All Time,” according to the Guinness World Records, is 6’1”, 200 lb. John Brzenk, a multiple world champion in armwrestling. Unfortunately, being the greatest armwrestler in the world isn’t quite as lucrative at being, say, the greatest baseball player in the world. Brzenk only takes in about $15K per year as a professional armwrestler and suppliments that by working as a mechanic at Delta Air Lines.

727: In the 1999 film “The Hurricane,” starring Denzel Washington, the 1964 world championship bout between Rubin Carter and the former world middleweight champion, Joey Giardello, is portrayed such that Carter clearly won, but the racist judges ruled that Giardello won the match, becoming the world champion. However, the truth was that Giardello, a member of both the International Boxing Hall of Fame and World Boxing Hall of Fame, dominated that fight and won fair and square. In a CNN interview shortly after the film’s release, Carter himself discussed this and confirmed that Giardello was the rightful victor of the match, despite what was shown in the movie. This creative liberty taken by the film makers resulted in Giardello suing them. They ultimately settled out-of-court with Giardello for an undisclosed sum.

728: Brad Pitt injured his Achilles tendon while portraying Achilles in the 2004 film Troy. According to the director of the film, Wolfgang Petersen, Brad was “hobbling around for months.”

729: Frito-Lay has a research team of about 500 scientists who fine-tune their snacks for “ultra-tastiness.” They even went so far as creating a $40,000 chewing-simulation device, so they could use it to achieve the perfect crunch level for their chips. We feel there should be an Ig Nobel Prize in there somewhere for this group.

730: Mark Hamill (Luke Skywalker) married dental hygienist Marilou York in 1978 and the two are still married to this day. Living with a dental hygienist… well, as he said, “…if you think I haven’t heard ‘Use the Floss,’ you’d be mistaken.” 😉 As to why he first decided to become involved in cinema, he stated, “I remember walking out of Jason and the Argonauts and saying, ‘I don’t know how they got those skeletons to fight, but someday I want that to be my job. To make skeletons fight.’”