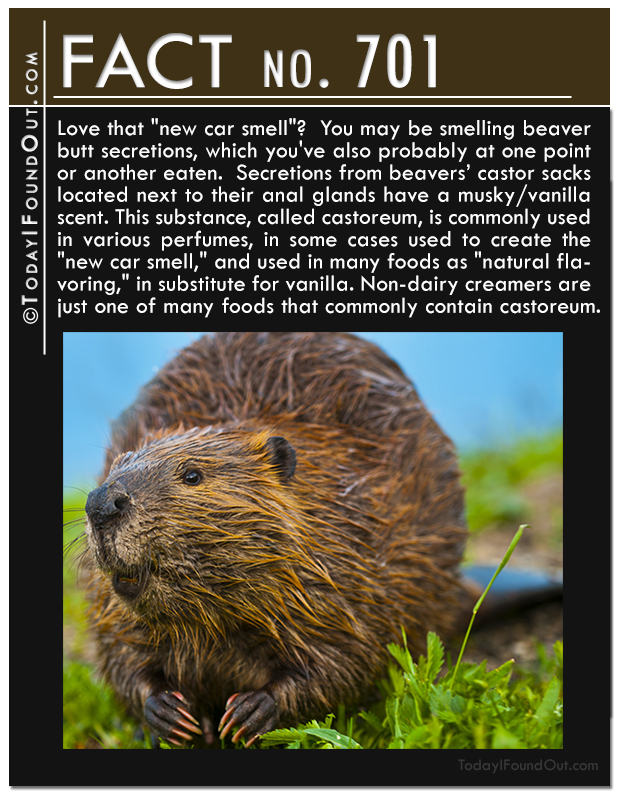 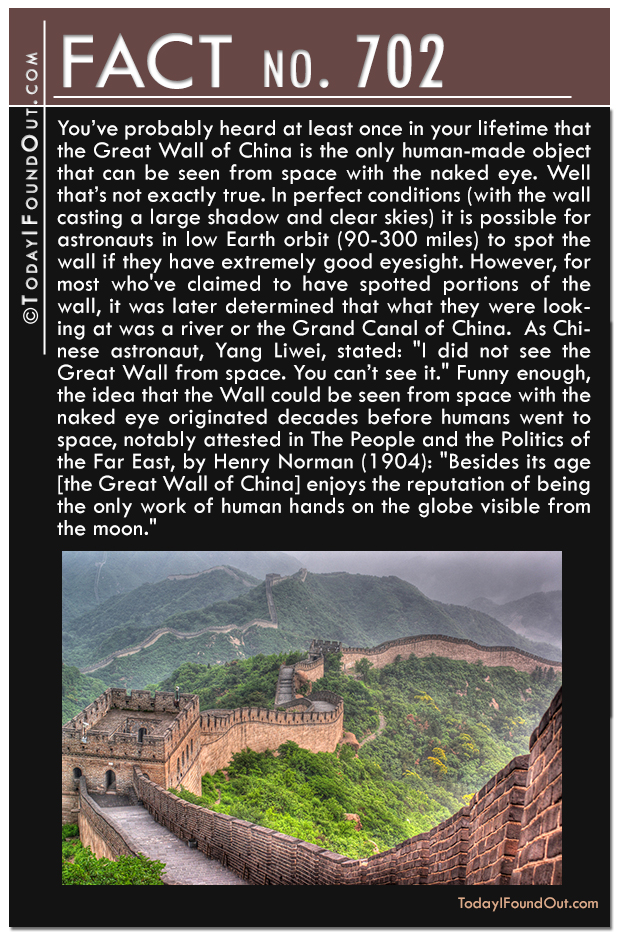 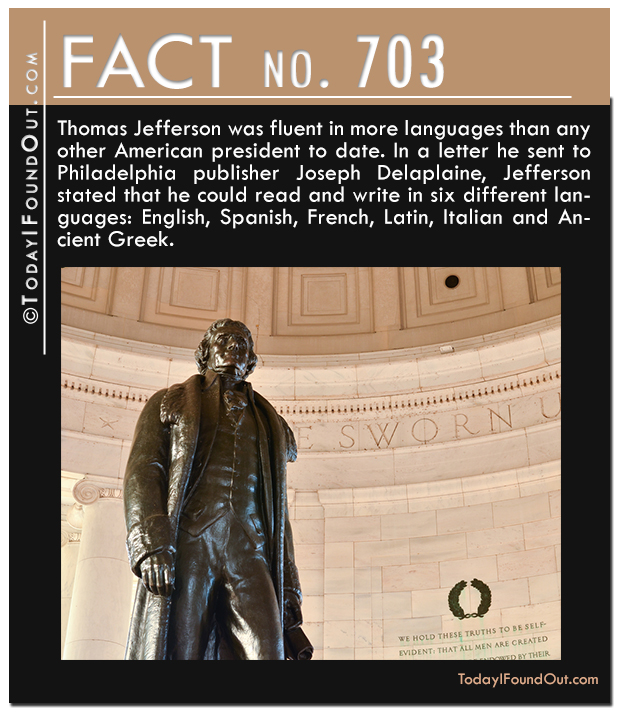 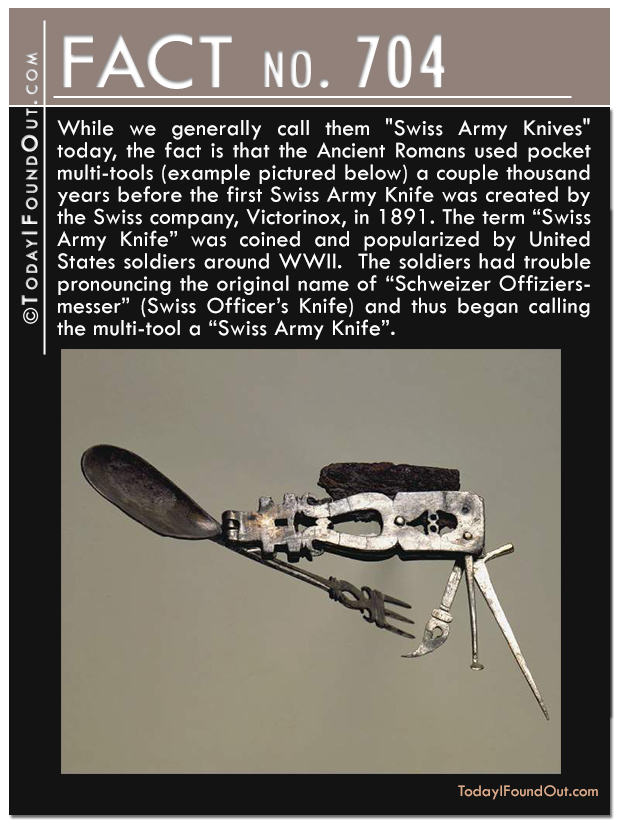 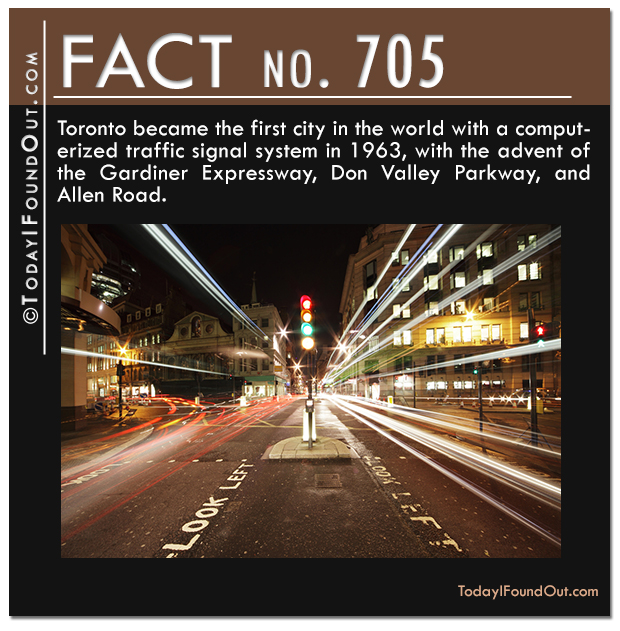 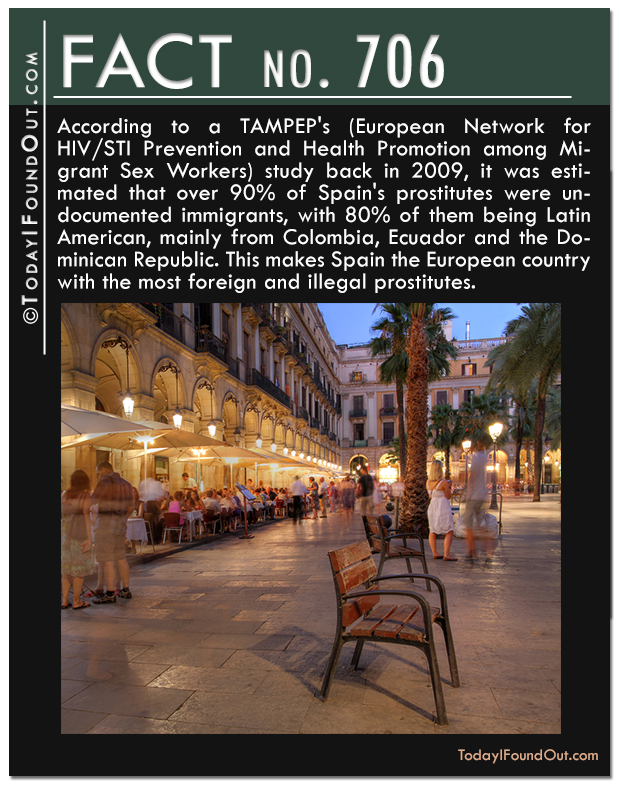 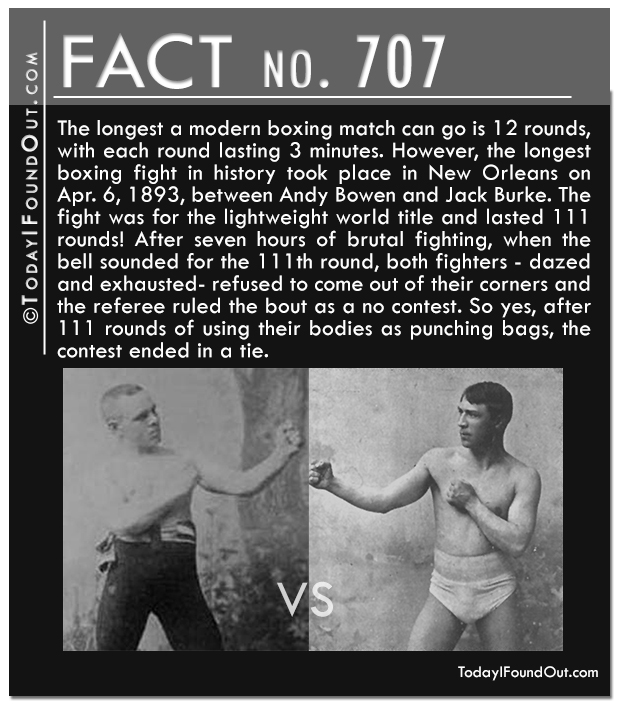 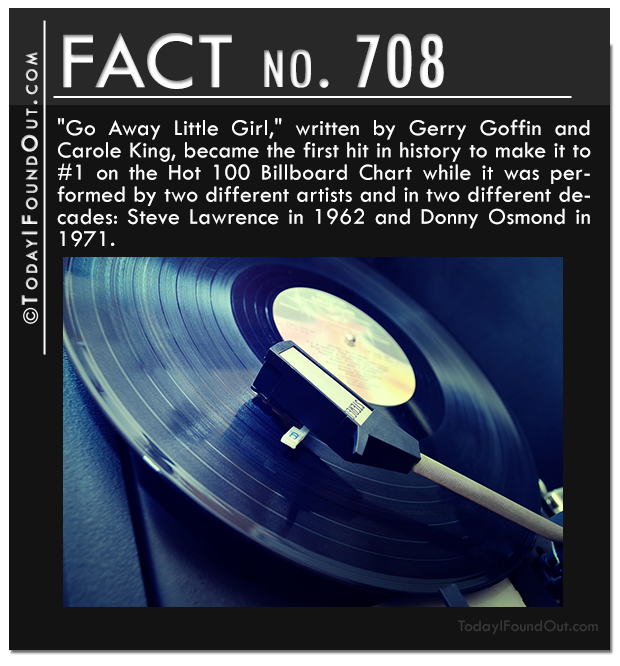 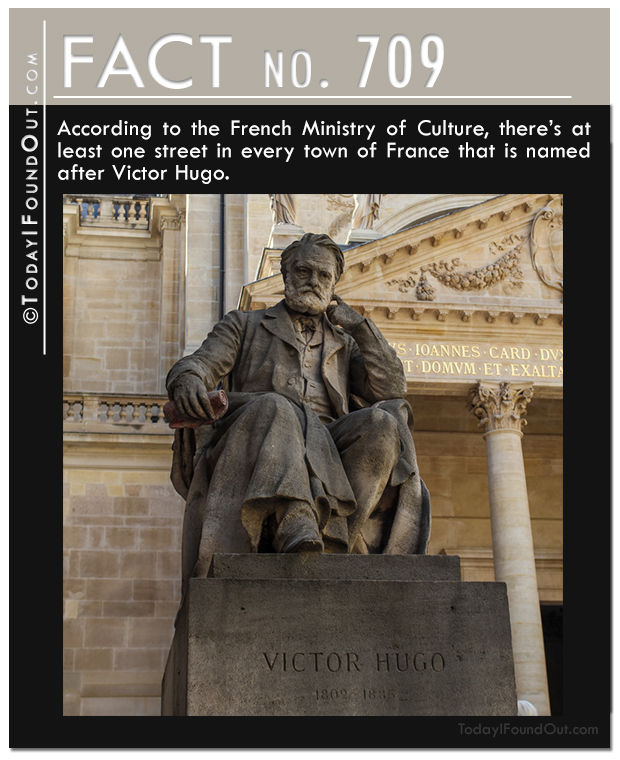 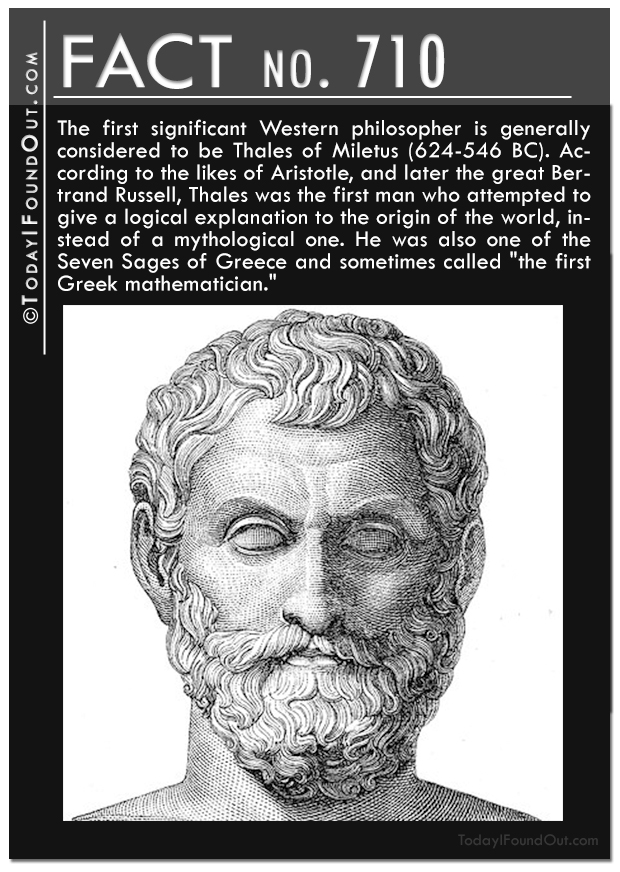 702)  You’ve probably heard at least once in your lifetime that the Great Wall of China is the only human-made object that can be seen from space with the naked eye. Well that’s not exactly true. In perfect conditions (with the wall casting a large shadow and clear skies) it is possible for astronauts in low Earth orbit (90-300 miles) to spot the wall if they have extremely good eyesight. However, for most who’ve claimed to have spotted portions of the wall, it was later determined that what they were looking at was a river or the Grand Canal of China.  As Chinese astronaut, Yang Liwei, stated: “I did not see the Great Wall from space. You can’t see it.” Funny enough, the idea that the Wall could be seen from space with the naked eye originated decades before humans went to space, notably attested in The People and the Politics of the Far East, by Henry Norman (1904): “Besides its age [the Great Wall of China] enjoys the reputation of being the only work of human hands on the globe visible from the moon.”

703)  Thomas Jefferson was fluent in more languages than any other American president to date. In a letter he sent to Philadelphia publisher Joseph Delaplaine, Jefferson stated that he could read and write in six different languages: English, Spanish, French, Latin, Italian and Ancient Greek.

704)  While we generally call them “Swiss Army Knives” today, the fact is that the Ancient Romans used pocket multi-tools (example pictured below) a couple thousand years before the first Swiss Army Knife was created by the Swiss company, Victorinox, in 1891. The term “Swiss Army Knife” was coined and popularized by United States soldiers around WWII.  The soldiers had trouble pronouncing the original name of “Schweizer Offiziersmesser” (Swiss Officer’s Knife) and thus began calling the multi-tool a “Swiss Army Knife”.

705)  Toronto became the first city in the world with a computerized traffic signal system in 1963, with the advent of the Gardiner Expressway, Don Valley Parkway, and Allen Road.

706)  According to a TAMPEP’s (European Network for HIV/STI Prevention and Health Promotion among Migrant Sex Workers) study back in 2009, it was estimated that over 90% of Spain’s prostitutes were undocumented immigrants, with 80% of them being Latin American, mainly from Colombia, Ecuador and the Dominican Republic. This makes Spain the European country with the most foreign and illegal prostitutes.

707)  The longest a modern boxing match can go is 12 rounds, with each round lasting 3 minutes. However, the longest boxing fight in history took place in New Orleans on Apr. 6, 1893, between Andy Bowen and Jack Burke. The fight was for the lightweight world title and lasted 111 rounds! After seven hours of brutal fighting, when the bell sounded for the 111th round, both fighters – dazed and exhausted- refused to come out of their corners and the referee ruled the bout as a no contest. So yes, after 111 rounds of using their bodies as punching bags, the contest ended in a tie.

708)  “Go Away Little Girl,” written by Gerry Goffin and Carole King, became the first hit in history to make it to #1 on the Hot 100 Billboard Chart while it was performed by two different artists and in two different decades: Steve Lawrence in 1962 and Donny Osmond in 1971.

709)  According to the French Ministry of Culture, there’s at least one street in every town of France that is named after Victor Hugo.

710)  The first significant Western philosopher is generally considered to be Thales of Miletus (624-546 BC). According to the likes of Aristotle, and later the great Bertrand Russell, Thales was the first man who attempted to give a logical explanation to the origin of the world, instead of a mythological one. He was also one of the Seven Sages of Greece and sometimes called “the first Greek mathematician.”