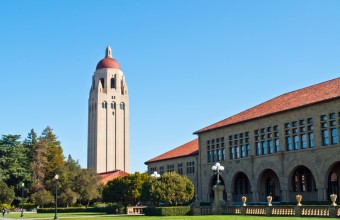 In the summer of 1971, on the campus of one of the nation’s top universities and under the supervision of a faculty member, 11 students tortured 10 others over a six-day period, all in the interest of “science.”

Intended to last two weeks, according to the study’s author, Professor Phil Zimbardo, the original focus of the experiment was to see “how individuals adapt to being in a relatively powerless situation.”

The scenario chosen was a simulated prison, built in the basement of the psychology building on Stanford’s campus. Since the research was to involve people, it had to and was approved by the Stanford Human Subjects Committee. The study was set to begin on August 17, 1971.

Chosen from a pool of 70 male applicants (participants were paid $15 per day, or about $84 per day today), 21 finalists were randomly divided into two groups at the beginning of the experiment with 11 being assigned as guards and 10 as prisoners.

Divided into three smaller groups that each worked daily eight-hour shifts, the guards were outfitted with uniforms and mirrored sunglasses. Professor Zimbardo remained active on the scene, playing the role of the prison’s superintendent. He and his staff encouraged the guards to be cruel, albeit without physical abuse:

We can create boredom . . . a sense of frustration . . . fear in them, to some degree. We can create a notion of the arbitrariness that governs their lives, which are totally controlled by us . . . They will have no freedom of action [and] . . . we’re going to take away their individuality in various ways . . . . this should create in them . . . a sense of powerlessness.

To make the experiment more “authentic,” Zimbardo enlisted the help of Carlo Prescott, an ex convict. Having spent 17 years in the infamous San Quentin, Prescott was able to provide Zimbardo with details of brutal prison practices when the study was being designed. Some of these practices were later reenacted by the guards during the experiment.

Told in advance only that they would be “arrested,” the prisoners had a very different experience:

The suspect was picked up at his home, charged, warned of his legal rights, spread-eagled against the police car, searched, and handcuffed – often as surprised and curious neighbors looked on . . . . The suspect was . . . formally booked . . . fingerprinted . . . and taken to a holding cell where he was left blindfolded . . . .

Eventually the prisoners were taken to the make-shift prison on campus where:

Each was stripped, sprayed with a delousing preparation (a deodorant spray) and made to stand alone naked for a while in the cell yard. Then each . . . was given . . . a loose smock with an identifying number . . . . A chain and lock were placed around one ankle, and their hair was covered with a nylon stocking .. . to simulate having their hair shaved off . . . .

Professor Zimbardo was disappointed with how the experiment began:

After the end of the first day, I said, “There’s nothing here. Nothing’s happening.” The guards had this antiauthority mentality. They felt awkward in their uniforms. They didn’t get into the guard mentality . . . .

At least one of the guards, Dave Eshelman, was sensitive to Zimbardo’s disappointment, which was matched by his own ennui:

It was a bit of a bore, so I made the decision I would take on the persona of a very cruel prison guard.

Other guards were slower on the uptake, and at least one was chastised for not being tough enough. Zimbardo is quoted as saying: “The guards have to . . . be what we call a tough guard. The success of this experiment rides on [it]. . . .”

With this kind of mandate, things soon escalated. Despite the prohibition against physical abuse, the guards began torturing the prisoners, including spraying them with fire extinguishers and stepping on their backs while they did push ups.

Other torture included sleep deprivation, solitary confinement in a “janitor’s cupboard,” and “stripping them naked [and] putting bags over their heads.”

Some of the prisoners “reacted with such extreme emotions that they were removed from the study before the end of five days.”

Guard Eshelman, characterized as the most abusive guard, was allowed to run amok. As he said:

I was kind of running my own experiment in there by saying, “How far can I push these things and how much abuse will these people take before they say, ‘knock it off?” But the other guards didn’t stop me . . . .

According to Professor Zimbardo, he didn’t stop the abuse because he had gone native:

By the third day I was sleeping in my office. I had become the superintendent of the Stanford county jail. That was who I was: I’m not the researcher at all. . . .

Luckily, cooler heads prevailed. A former graduate student and friend of Professor Zimbardo, Christina Maslach (they had just started dating) stopped by the experiment to check on him and was horrified with what she saw:

I thought, “Oh my God, what happened here?” I saw the prisoners being marched to go down to the men’s room. I was getting sick to my stomach, physically ill. . . . No one else was having the same problem.

Professor Zimbardo was shocked by her reaction:

I didn’t see what she saw. And I suddenly began to feel ashamed. This is when I realized I had been transformed by the prison study . . . . At that point I said, ‘You’re right. We’ve got to end the study.”

The American Psychological Association conducted an investigation in 1973 and determined that no ethical standards were violated in the conduct of the Stanford Prison Study. However, together with other research abuses like the Milgram Experiments of 1960s, it provided the impetus for health and psychiatry professionals, as well as Congress, to begin to regulate human subjects research. As a result, according to Professor Zimbardo, “No behavioral research that puts people in that kind of setting can ever be done again in America.”

Bonus “Not Everyone’s a Psychopath” Fact

Two of the guards were “good” and refused to abuse the prisoners. According to Zimbardo, one of them, Geoff: “even stopped wearing his guard’s sunglasses and military shirt. He even told us later that he had thought about asking to become a prisoner because he hated to be part of a system that was grinding other people down so badly.”