The Origin of the Word Barbecue 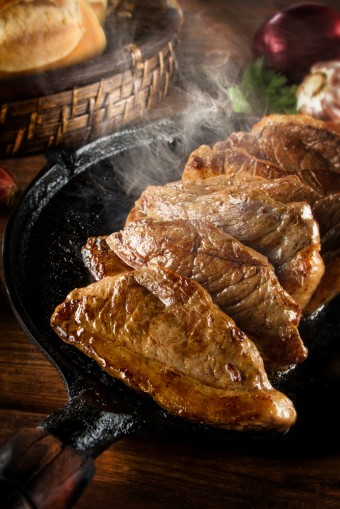 Today I found out why barbecues are called that.

The word “barbecue” comes from the Caribbean word “barbacoa.” Originally, a barbacoa wasn’t a way of cooking food, but the name of a wooden structure used by Taino Indians to smoke their food. Due to the known diets of the Indians in question, it’s likely that the first barbecue consisted of some sort of fish, creatures from the sea obviously being plentiful in the Caribbean.  Besides used for cooking, the structure of sticks could also be used as an area for sleeping, storage, and shelter.

Spanish explorers took the word barbacoa back to Spain, where it appeared in print for the first time in 1526. For a while, barbacoa still referred to the structure that food was cooked in, but after a while people started using it to refer to the process of cooking food in a barbacoa and the cooked food itself.

The first known instance of barbecue appearing in English print was in A New Voyage Round the World by William Dampier, published in 1697. In this case, it referred to the structure as a place for sleeping:

And lay there all night, upon our Borbecu’s, or frames of Sticks, raised about 3 foot from the Ground.

As you can see, the spelling was already starting to evolve, perhaps to make it easier for English tongues to pronounce. By 1733, it had started to mean a social gathering during which meat was grilled, as evidenced in B. Lynde’s diary that year: “Fair and hot; Browne, barbacue; hack overset.” About two decades later, in 1755, the word “barbecue” was entered into Samuel Johnson’s The Dictionary of the English Language. The entry reads:

to ba’rbecue. A term used in the West-Indies for dressing a hog whole; which, being split to the backbone, is laid flat upon a large gridiron, raised about two foot above a charcoal fire, with which it is surrounded.

Today, there are just as many spellings for barbecue as there are meanings for the term. Many people use barbeque, BBQ, Bar-B-Que, and other variations thereof. That said, the “official” spelling is generally considered to be “barbecue” with a “c”, similar to the original.  While people may debate over what should be the correct spelling or what exactly constitutes barbecue, there is one thing we can all agree on: a barbecue is definitely no longer a shelter or a sleeping structure!