This Day in History: December 25th 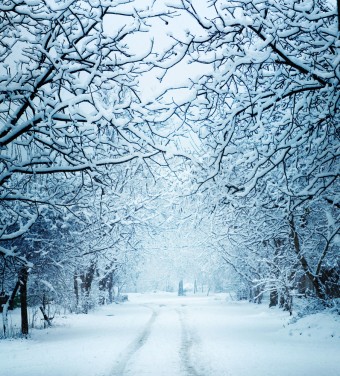 “White Christmas,” one of the most instantly recognizable songs in history, was introduced to the world on Christmas Day 1941. Composed by famed songwriter Irving Berlin, the song was performed on NBC radio during Bing Crosby’s weekly radio program. It went on to become the top-selling single of all time, with an estimated 50 million sales to date, along with an additional 50 million sales of other version of the song by various artists.

This probably came as no shock to the composer, who supposedly burst into his New York office in January of 1940 and told his musical secretary to transcribe, “The best song I ever wrote…the best song anybody ever wrote.”

The song wasn’t recorded by Bing Crosby until May 1942, and it was released that July as part of an album featuring songs from the film “Holiday Inn.” By late October of 1942, “White Christmas” was at the top of the “Your Hit Parade” chart.

“White Christmas” had an air of wistful melancholia that resonated deeply with a country in the throes of World War II. Its homey references to white Christmases “just like the ones I used to know” assured the Armed Forces Network was inundated with requests for the song.

According to Jody Rosen, author of the book “White Christmas: The Story of an American Song,” the song’s sense of underlying sadness can be attributed to a tragedy in Irving Berlin’s own life. Though the Jewish songwriter did not celebrate Christmas, he spent every December 25th at the grave of his son, Irving Berlin, Jr., who died at three weeks old on that day in 1928.

The version of the song most heard today is not the original recording done in 1942, as the master had become severely damaged due to over-use. Bing re-recorded “White Christmas” in March of 1947, with every effort made to reproduce the original recording, including using the same band and back-up singers.

Crosby always downplayed his part in the song’s popularity, saying that “a jackdaw with a cleft palate could have sung it successfully.” True or not, Bing Crosby and “White Christmas” were inextricably linked for the rest of Crosby’s career, and beyond.