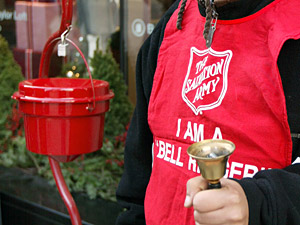 To make matters slightly more humorous, Silver Bells originally appeared in the The Lemon Drop Kid, a 1951 film starring Bob Hope.  Needless to say, these two things would have surely resulted in the song getting a few chuckles, had composer Jay Livingston’s wife, Lynne Gordon, not stepped in.

Said Ray Evans (one of the two composers of Silver Bells, along with Jay Livingston- Livingston writing the music and Evans the lyrics),

We never thought that tinkle had a double meaning until Jay went home and his wife said, ‘Are you out of your mind? Do you know what the word tinkle is?’ (Of course referring to the fact that it is another word for urination often used with kids.)

The famed duo of Livingston and Evans originally came up with the idea for the song thanks to a little bell on Livingston’s desk.  The two had been trying to come up with a Christmas song for the film, at Paramount Picture’s request.  At the time, Evans said they thought, “It’s impossible to write a hit Christmas song… Every year everybody sings the same old Christmas songs, and new ones never make it.”

They tried to get out of it for this reason, and also because there was some pressure due to their contract with the studio being about to expire. They felt they needed a hit and surely any new Christmas song would flop and perhaps their contract would not be renewed.

As Paramount was insistent that the song they composed for the film had to be a Christmas song, they went ahead and began work on one.  The bell on their desk provided the inspiration, as they then thought of the Salvation Army volunteers that would “tinkle” their bells outside of stores and on street corners, soliciting donations.  Thus, a song was written about it and the “feeling of Christmas” these bell ringers contributed too.