This Day in History: November 13th 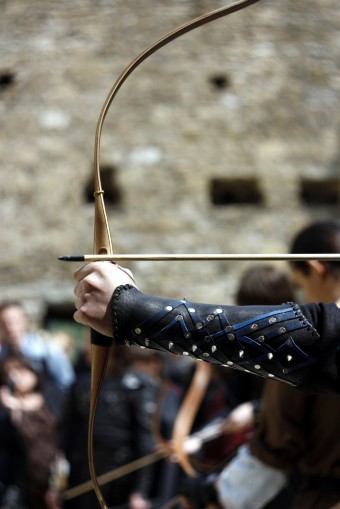 On this day in 1953, Robin Hood was declared a Communist, at least by the Indiana Textbook Commission. Mrs. Thomas J. White, Republican member of the committee, insisted that all references to the book “Robin Hood” be purged from textbooks used in state schools. She felt this was necessary because there was

a Communist directive in education now to stress the story of Robin Hood because he robbed the rich and gave it to the poor. That’s the Communist line. It’s just a smearing of law and order and anything that disrupts law and order is their meat.

She also took a swipe at the Quakers, accusing them of being Commies because they “don’t believe in fighting wars,” and that sort of perverse thinking was just what the Reds wanted so we’d be sitting ducks. “It’s the same as their crusade for peace – everybody lay down their arms and they’ll take over,” she said.

It goes to show just how ridiculous things got during the Red Scare that the state superintendent of education felt the need to re-read “Robin Hood” before deciding there was no need to ban it. He did feel, however, that Communists had twisted the story of Robin Hood to their own evil purposes.

Back in the U.S.S.R., the Soviets were finding all of this more than a little hilarious, as you might expect. One commentator remarked during a Moscow broadcast that the “enrollment of Robin Hood in the Communist Party can only make sensible people laugh.” The current Sheriff of Nottingham even put his two cents in, angrily insisting, “Robin Hood was no Communist.”

Because of the paranoia that resulted from The Red Scare, freedom of expression was threatened through the 50s and 60s, resulting in book bannings and burnings in the name of freedom from dangerous ideas. Such authors as Mark Twain, Sinclair Lewis, John Steinbeck and Booth Tarkington were all pulled from the shelves.

Mrs. White and those of her ilk still believed in the rightness of their cause. “Because I’m trying to get Communist writers out of textbooks, my name is Mud. Evidently I’m drawing blood or they wouldn’t make such an issue out of it.”