This Day in History: September 30th 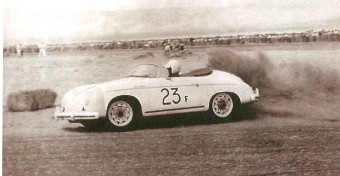 In just over the course of a year and with only a grand total of three films to his credit, James Dean managed to achieve an unparalleled iconic status. He became the personification of the cool, rebellious visionary who made adolescence appear as a hero’s journey rather than an awkward and unwelcome rite of passage. Then, on September 30, 1955, he died in a tragic car crash.

Dean had been on a number of TV programs before landing the leading role of Cal Trask in the motion picture “East of Eden” in 1955. Sadly, this was his only movie that would be releasing during his lifetime. Hot on the heels of “East of Eden,” James signed for the role of Jim Stark in “Rebel Without a Cause,” which became his most memorable film. As soon as filming for “Rebel Without a Cause” wrapped, Dean played the lead role in what turned out to be his last film, “Giant.”

As Dean became more successful, he began to indulge his interest in racing cars. James took part in Palm Spring Road Races in March 1955, and in May he took part in Minter Field Bakersfield race, as well as the Santa Barbara road races.

In September 1955, he traded in his white Porsche 356 Super Speedster for a new silver Porsche 550 Spyder. Dean had his car customized by painting the number “130” front and back. He also had “Little Bastard” painted on the back of the vehicle, which was the nickname given to Dean by Bill Hickman, his dialogue coach for the movie “Giant.”

On September 30, 1955, James Dean was behind the wheel of his new Porsche 550 Spyder heading to an auto rally in Salinas, California. Dean and his mechanic Rolf Wuetherich traveled in the Porsche, while a photographer named Sanford Roth and his friend Bill Hickman rode in a station wagon that had a trailer for the Porsche attached.

Two hours later, he was driving west on Highway 466 when a 1950 Ford Tudor suddenly pulled out in front of him. Donald Turnupseed- yes, Turnupseed)- age 23, was traveling east on 466 and was attempting to make a left turn onto Highway 41 North without signalling, crossing into Dean’s lane. Sadly, Turnupseed was already executing his turn before he saw the Porsche roaring up at him. With no time to turn or stop, Dean’s car crashed almost head on into Turnupseed’s.

Injuries among those involved in the accident varied greatly. Turnupseed walked away with only minor injuries, and after giving his report to the police hitch-hiked home. Rolf Wuetherich, who was in the passenger seat of the Porsche, was thrown from the car and suffered a broken leg and a serious hip injury that required several surgeries, as well as a fractured jar – but survived. James Dean wasn’t so lucky, breaking his neck, along with suffering a variety of other significant injuries. He was pronounced dead upon arriving at Paso Robles War Memorial Hospital which was about 28 miles from the accident. He was only 24 years old.