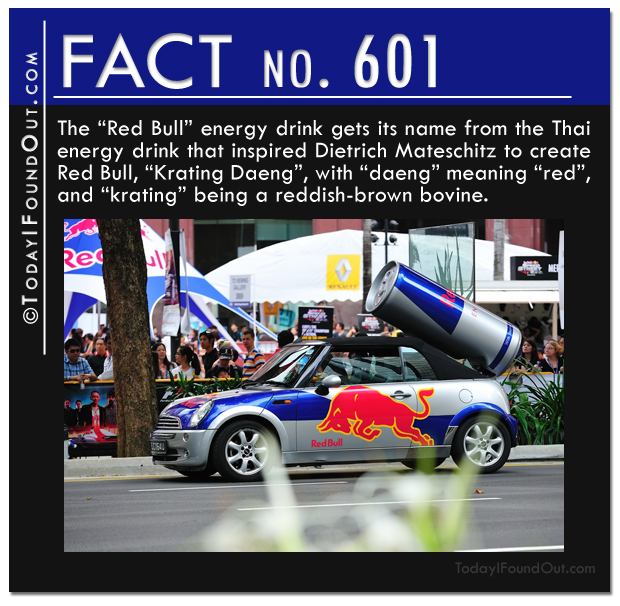 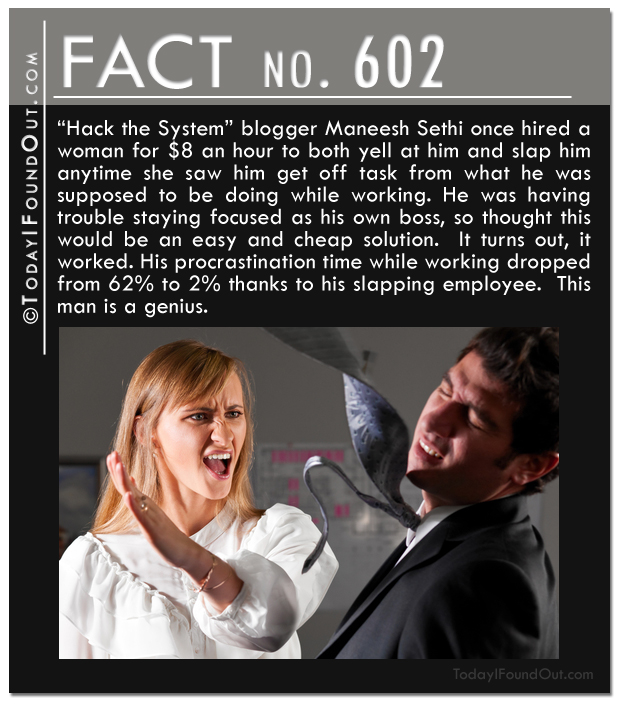 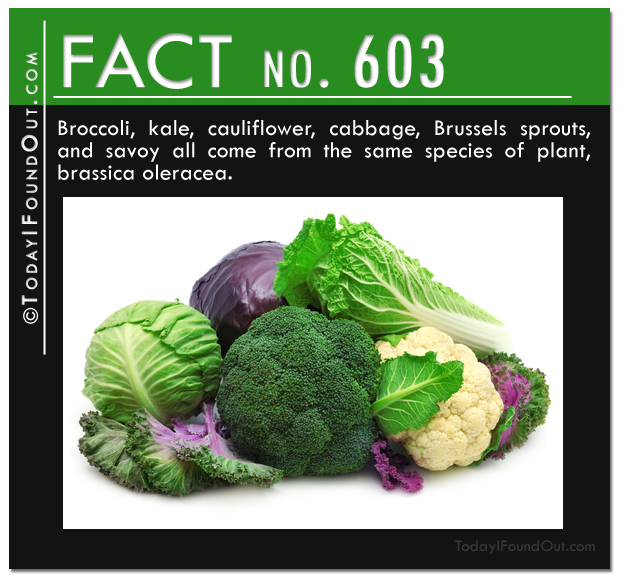 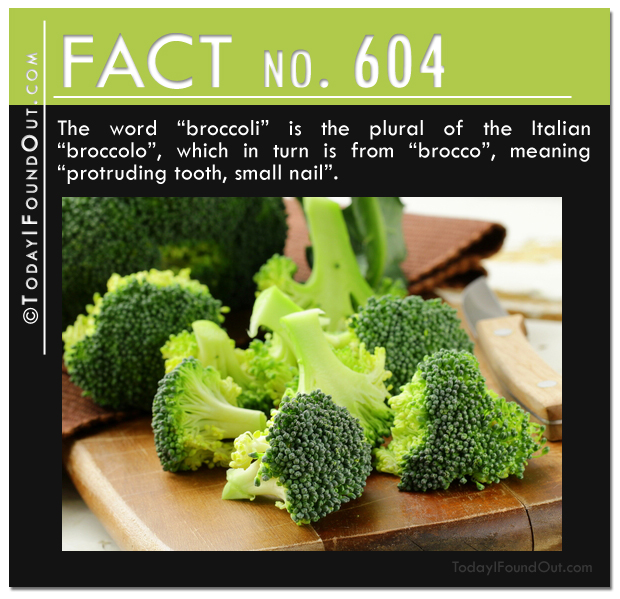 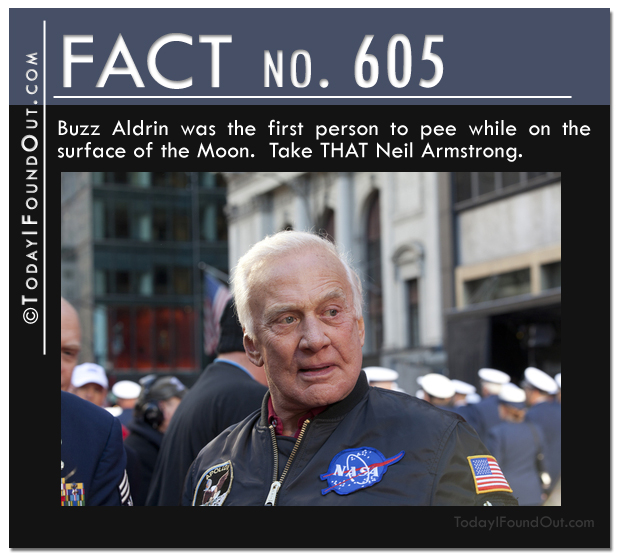 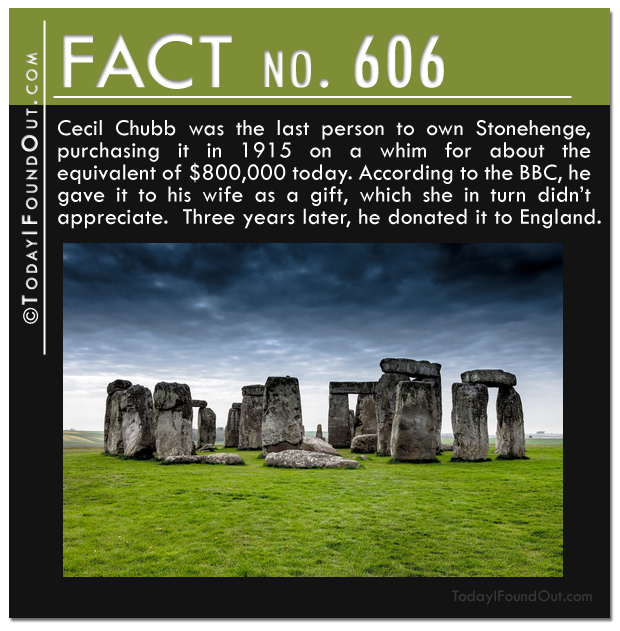 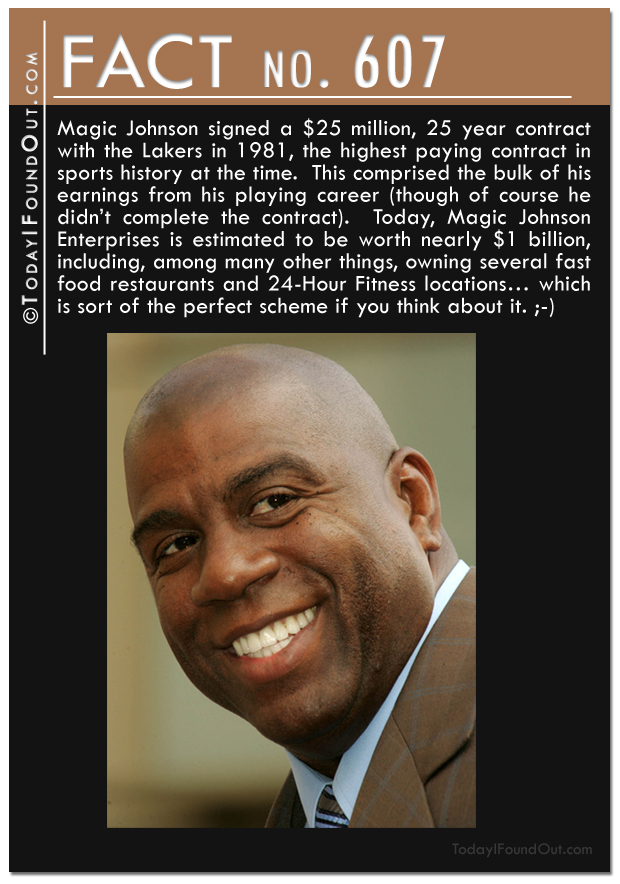 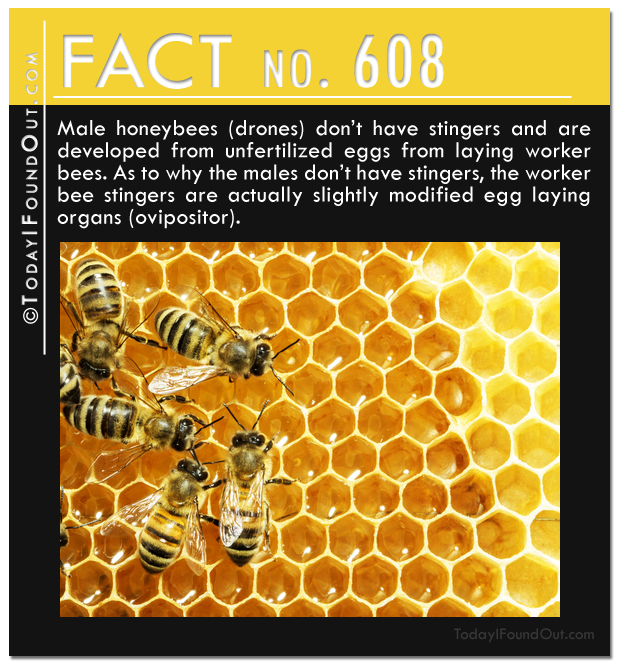 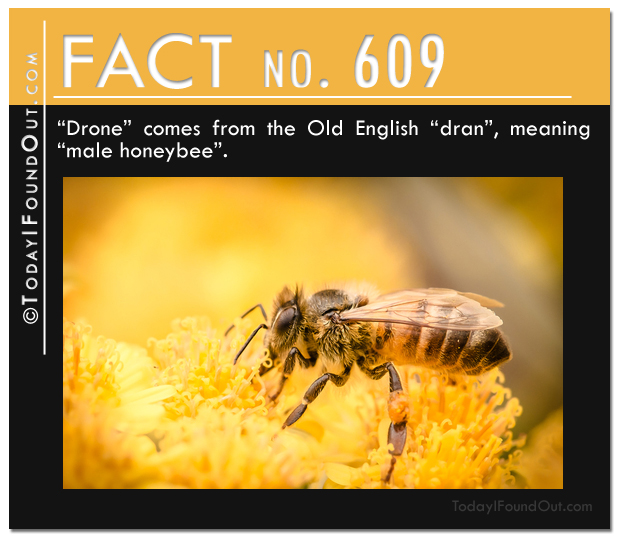 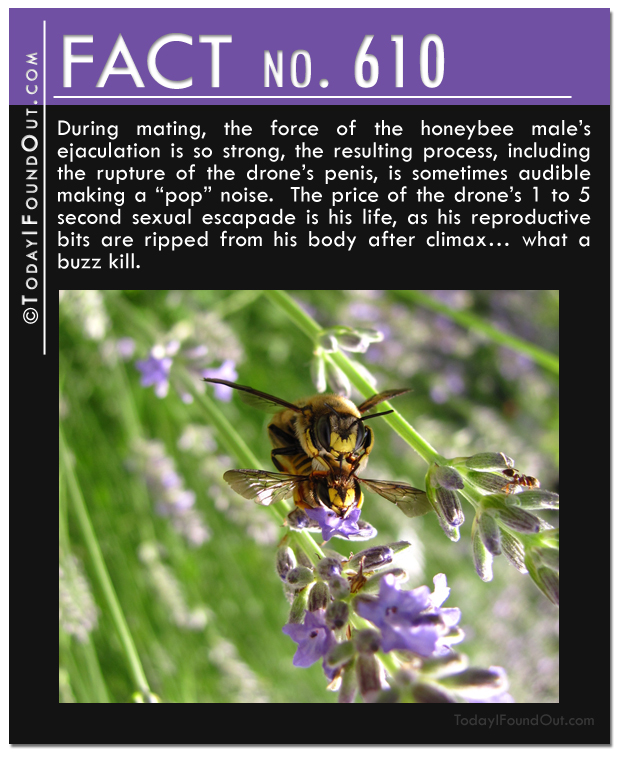 Text Version:
Fact 601: The “Red Bull” energy drink gets its name from the Thai energy drink that inspired Dietrich Mateschitz to create Red Bull, “Krating Daeng”, with “daeng” meaning “red”, and “krating” being a reddish-brown bovine.

Fact 602: “Hack the System” blogger Maneesh Sethi once hired a woman for $8 an hour to both yell at him and slap him anytime she saw him get off task from what he was supposed to be doing while working. He was having trouble staying focused as his own boss, so thought this would be an easy and cheap solution. It turns out, it worked. His procrastination time while working dropped from 62% to 2% thanks to his slapping employee. This man is a genius.

Fact 604: The word “broccoli” is the plural of the Italian “broccolo”, which in turn is from “brocco”, meaning “protruding tooth, small nail”.

Fact 605: Buzz Aldrin was the first person to pee while on the surface of the Moon. Take THAT Neil Armstrong.

Fact 606: Cecil Chubb was the last person to own Stonehenge, purchasing it in 1915 on a whim for about the equivalent of $800,000 today. According to the BBC, he gave it to his wife as a gift, which she in turn didn’t appreciate. Three years later, he donated it to England.

Fact 607: Magic Johnson signed a $25 million, 25 year contract with the Lakers in 1981, the highest paying contract in sports history at the time. This comprised the bulk of his earnings from his playing career (though of course he didn’t complete the contract). Today, Magic Johnson Enterprises is estimated to be worth nearly $1 billion, including, among many other things, owning several fast food restaurants and 24-Hour Fitness locations… which is sort of the perfect scheme if you think about it. 😉

Fact 610: During mating, the force of the honeybee male’s ejaculation is so strong, the resulting process, including the rupture of the drone’s penis, is sometimes audible making a “pop” noise. The price of the drone’s 1 to 5 second sexual escapade is his life, as his reproductive bits are ripped from his body after climax… what a buzz kill.