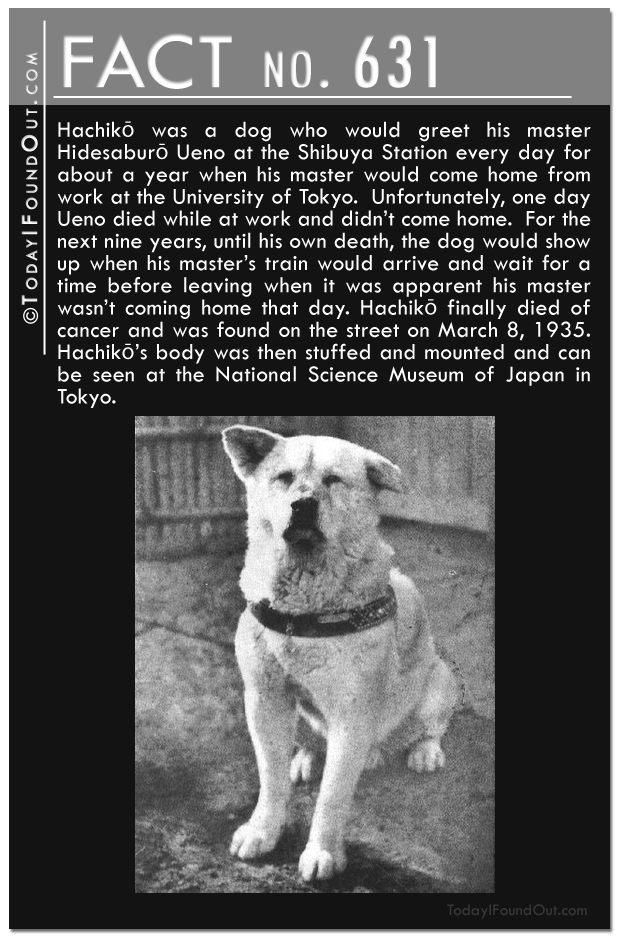 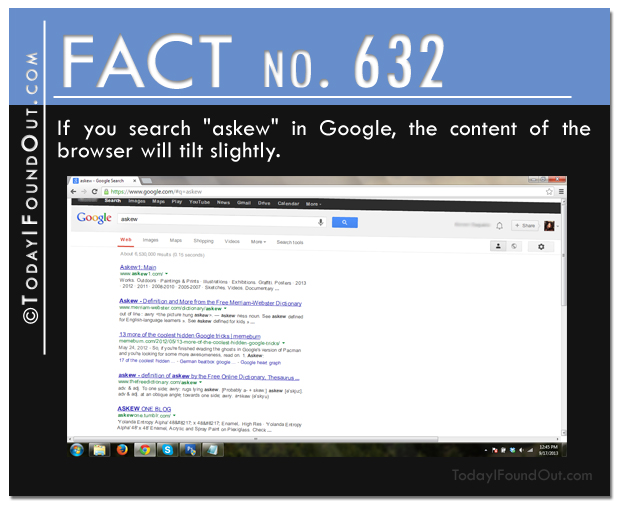 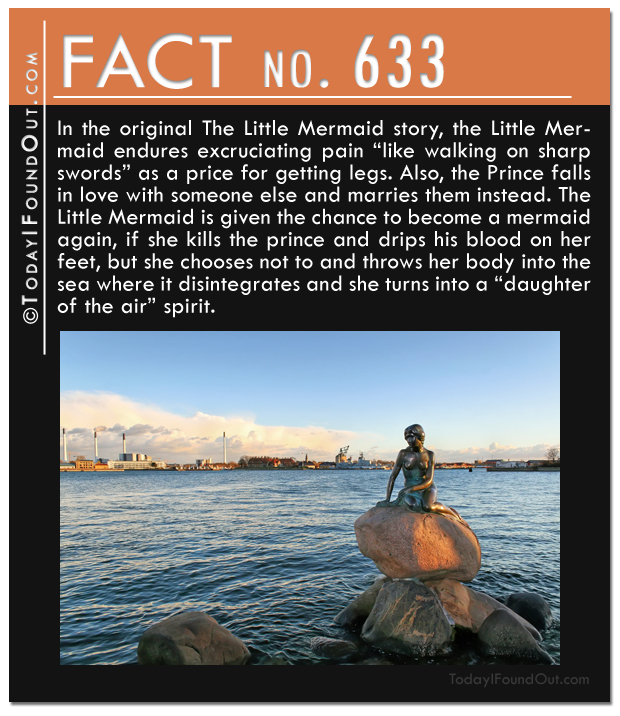 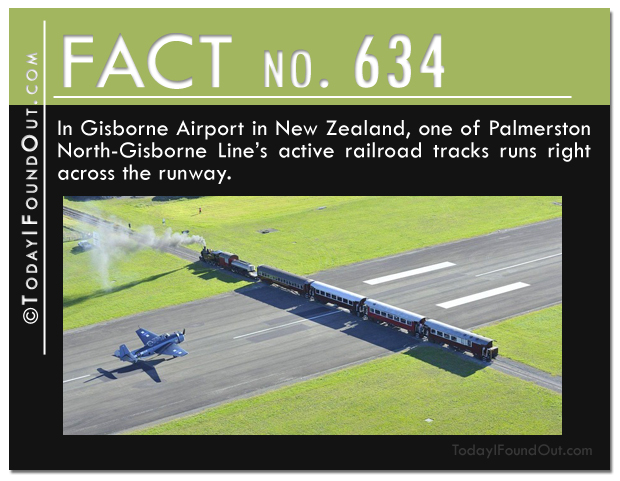 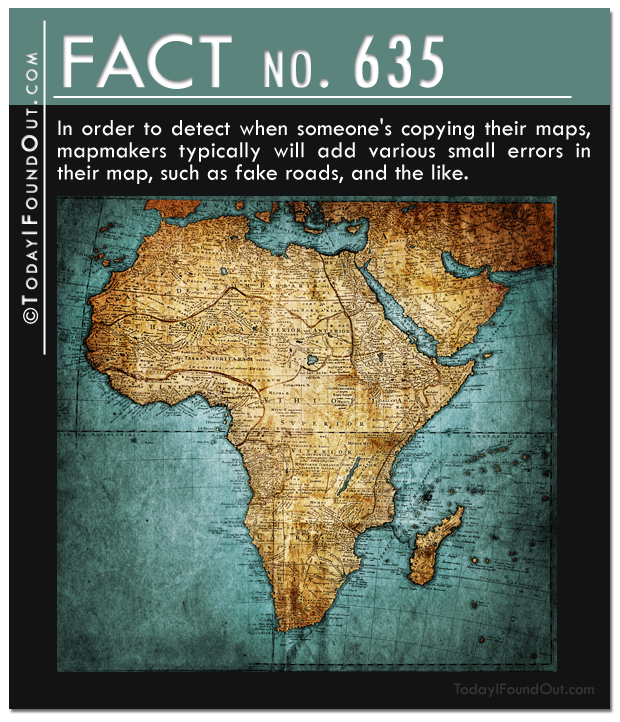 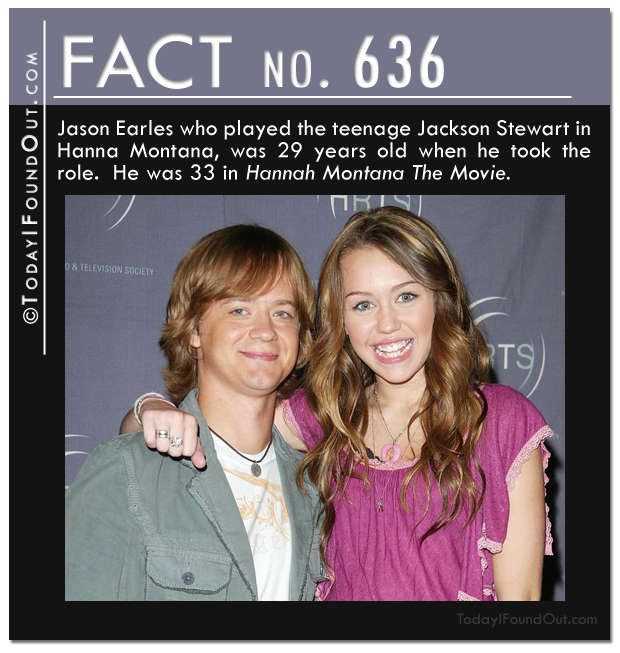 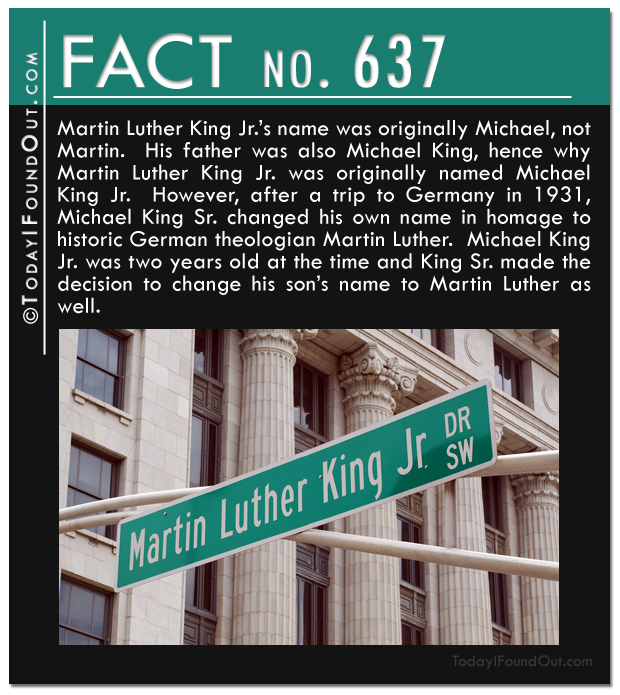 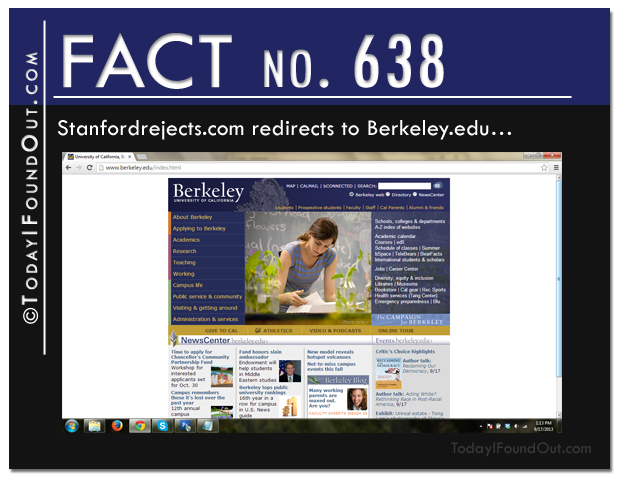 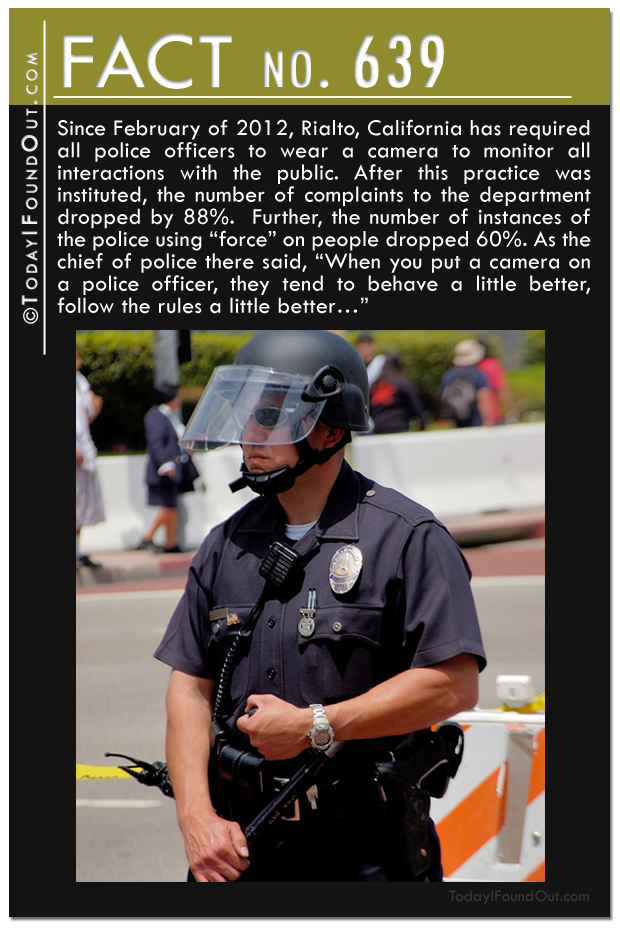 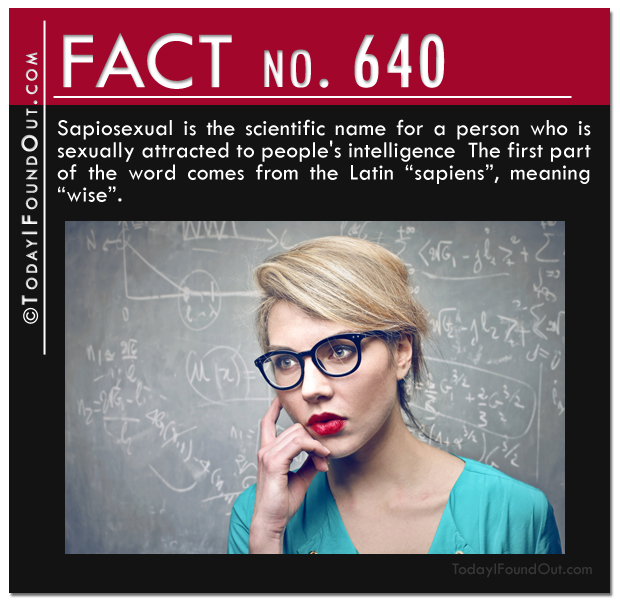 Text Version:
Fact 631: Hachikō was a dog who would greet his master Hidesaburō Ueno at the Shibuya Station every day for about a year when his master would come home from work at the University of Tokyo. Unfortunately, one day Ueno died while at work and didn’t come home. For the next nine years, until his own death, the dog would show up when his master’s train would arrive and wait for a time before leaving when it was apparent his master wasn’t coming home that day. Hachikō finally died of cancer and was found on the street on March 8, 1935. Hachikō’s body was then stuffed and mounted and can be seen at the National Science Museum of Japan in Tokyo.

Fact 632: If you search “askew” in Google, the content of the browser will tilt slightly.

Fact 633: In the original The Little Mermaid story, the Little Mermaid endures excruciating pain “like walking on sharp swords” as a price for getting legs. Also, the Prince falls in love with someone else and marries them instead. The Little Mermaid is given the chance to become a mermaid again, if she kills the prince and drips is blood on her feet, but she chooses not to and throws her body into the sea where it disintegrates and she turns into a “daughter of the air” spirit.

Fact 634: In Gisborne Airport in New Zealand, one of Palmerston North-Gisborne Line’s active railroad tracks runs right across the runway.

Fact 635: In order to detect when someone’s copying their maps, mapmakers typically will add various small errors in their map, such as fake roads, and the like.

Fact 636: Jason Earles who played the teenage Jackson Stewart in Hanna Montana, was 29 years old when he took the role. He was 33 in Hannah Montana The Movie.

Fact 639: Since February of 2012, Rialto, California has required all police officers to wear a camera to monitor all interactions with the public. After this practice was instituted, the number of complaints to the department dropped by 88%. Further, the number of instances of the police using “force” on people dropped 60%. As the chief of police there said, “When you put a camera on a police officer, they tend to behave a little better, follow the rules a little better…”

Fact 640: Sapiosexual is the scientific name for a person who is sexually attracted to people’s intelligence The first part of the word comes from the Latin “sapiens”, meaning “wise”.