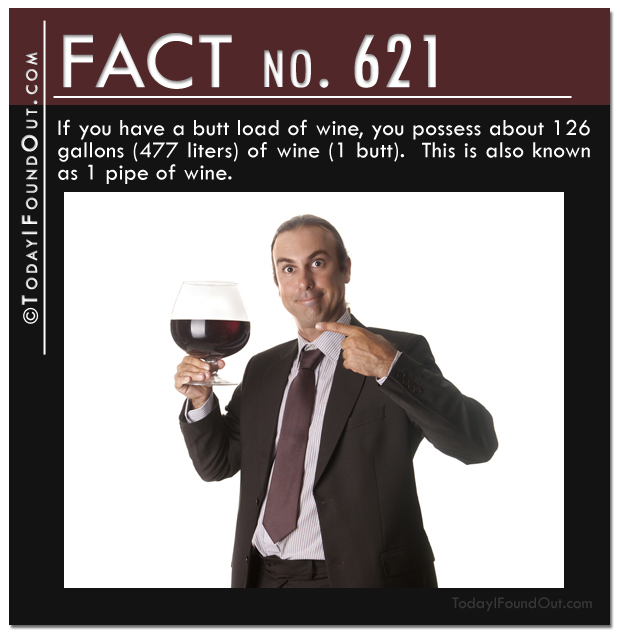 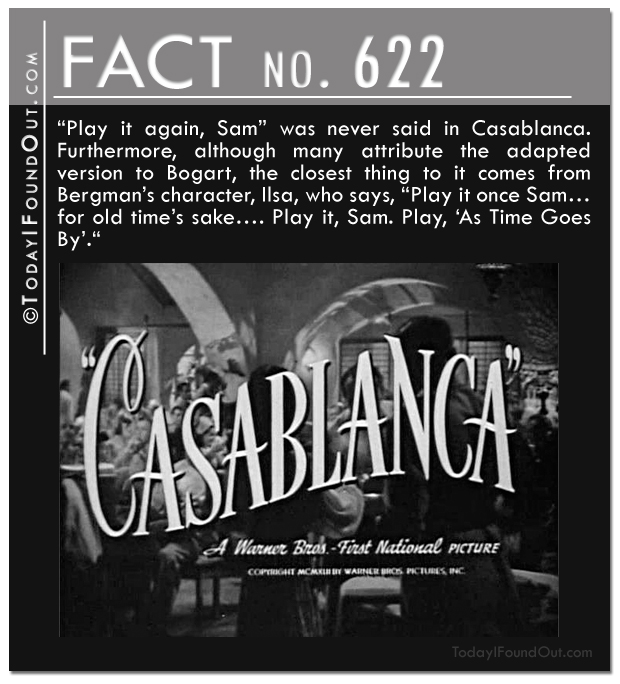 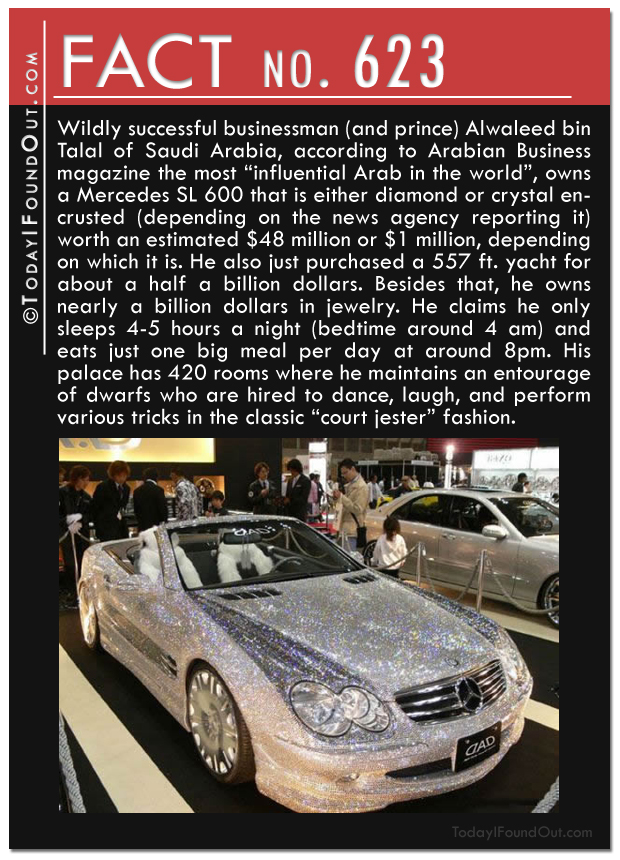 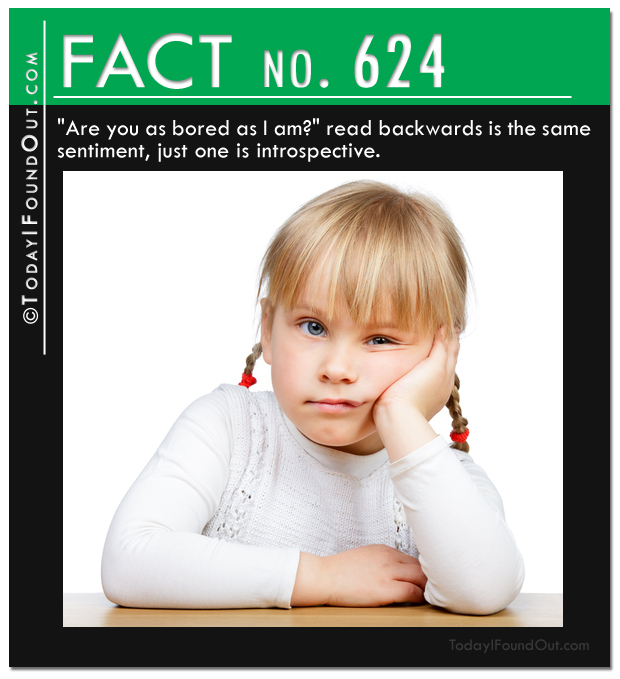 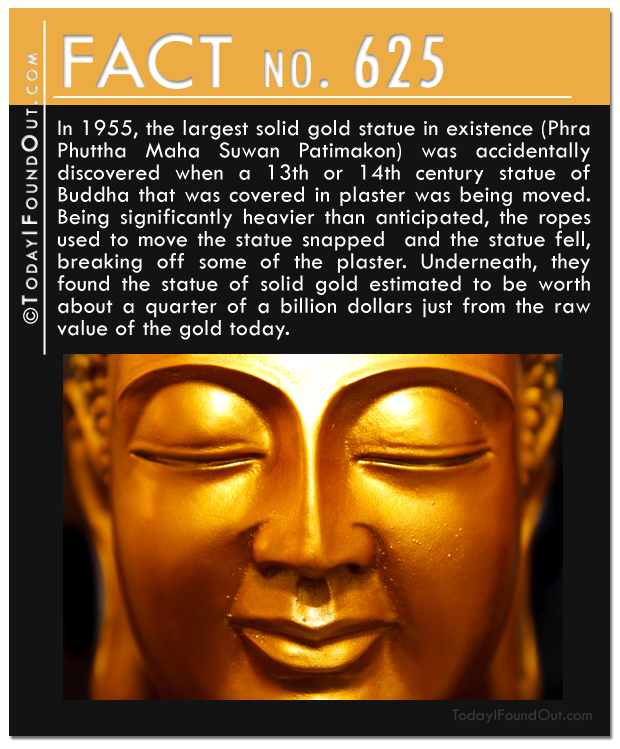 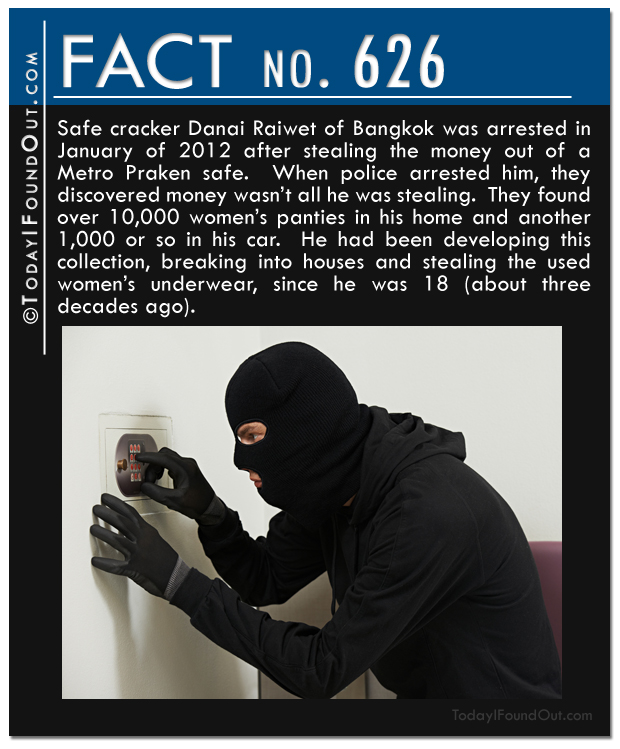 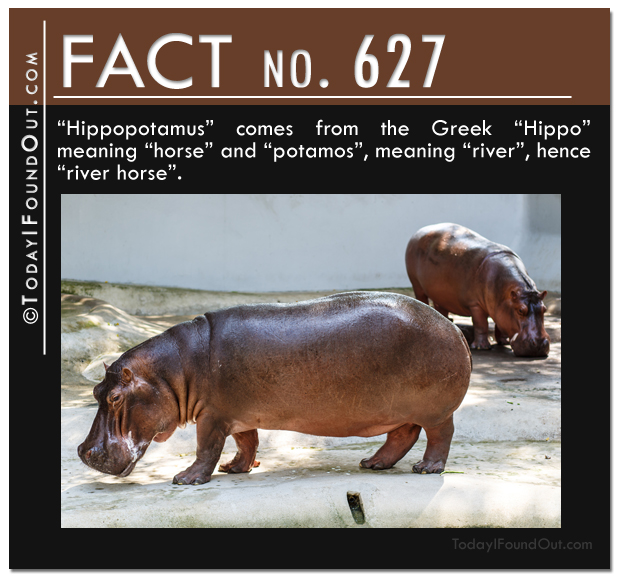 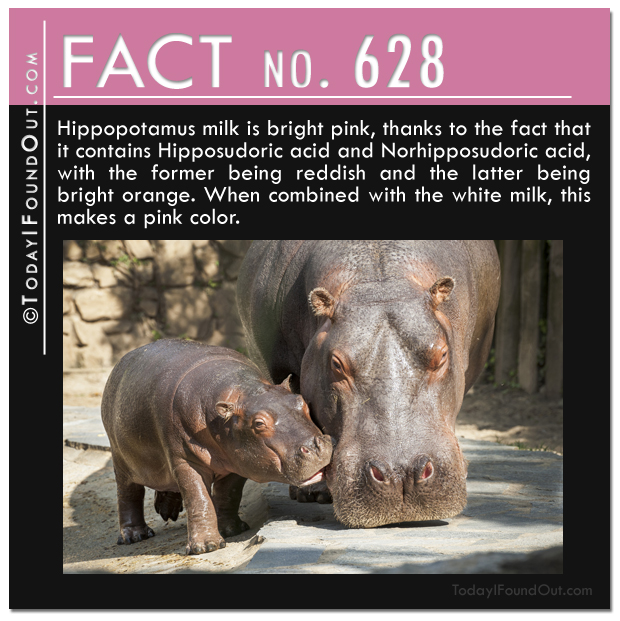 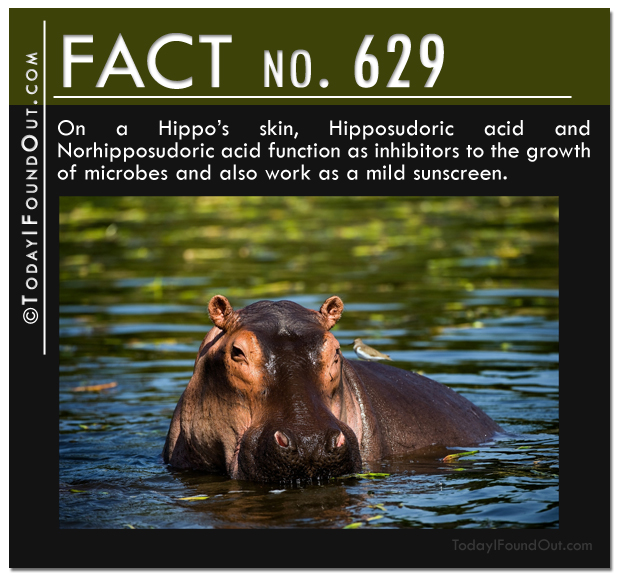 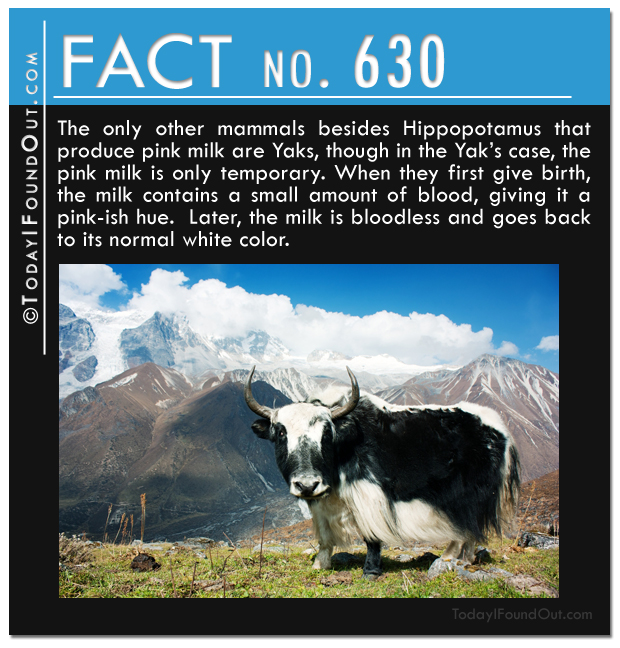 Fact 622-“Play it again, Sam” was never said in Casablanca. Furthermore, although many attribute the adapted version to Bogart, the closest thing to it comes from Bergman’s character, Ilsa, who says, “Play it once Sam… for old time’s sake…. Play it, Sam. Play, ‘As Time Goes By’.“

Fact 623-Wildly successful businessman (and prince) Alwaleed bin Talal of Saudi Arabia, according to Arabian Business magazine the most “influential Arab in the world”, owns a Mercedes SL 600 that is either diamond or crystal encrusted (depending on the news agency reporting it) worth an estimated $48 million or $1 million, depending on which it is. He also just purchased a 557 ft. yacht for about a half a billion dollars. Besides that, he owns nearly a billion dollars in jewelry. He claims he only sleeps 4-5 hours a night (bedtime around 4 am) and eats just one big meal per day at around 8pm. His palace has 420 rooms where he maintains an entourage of dwarfs who are hired to dance, laugh, and perform various tricks in the classic “court jester” fashion.

Fact 624-“Are you as bored as I am?” read backwards is the same sentiment, just one is introspective.

Fact 625-In 1955, the largest solid gold statue in existence (Phra Phuttha Maha Suwan Patimakon) was accidentally discovered when a 13th or 14th century statue of Buddha that was covered in plaster was being moved. Being significantly heavier than anticipated, the ropes used to move the statue snapped and the statue fell, breaking off some of the plaster. Underneath, they found the statue of solid gold estimated to be worth about a quarter of a billion dollars just from the raw value of the gold today.

Fact 626-Safe cracker Danai Raiwet of Bangkok was arrested in January of 2012 after stealing the money out of a Metro Praken safe. When police arrested him, they discovered money wasn’t all he was stealing. They found over 10,000 women’s panties in his home and another 1,000 or so in his car. He had been developing this collection, breaking into houses and stealing the used women’s underwear, since he was 18 (about three decades ago).

Fact 628- Hippopotamus milk is bright pink, thanks to the fact that it contains Hipposudoric acid and Norhipposudoric acid, with the former being reddish and the latter being bright orange. When combined with the white milk, this makes a pink color.

Fact 630- The only other mammals besides Hippopotamus that produce pink milk are Yaks, though in the Yak’s case, the pink milk is only temporary. When they first give birth, the milk contains a small amount of blood, giving it a pink-ish hue. Later, the milk is bloodless and goes back to its normal white color.