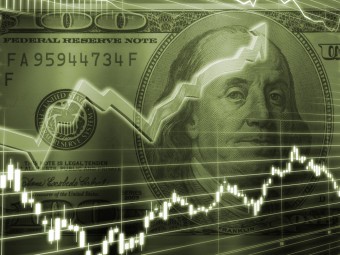 Google the phrase “magic of compound interest” and you’ll come up with about 4 million or so results. Compound interest — which Albert Einstein may have called ”the most powerful force in the universe” — is the simple idea that when initial money deposited into the bank (the principal) collects interest, and that interest is added to the principal, the interest itself begins collecting interest. The money builds upon itself, allowing the person holding the bank account or trust to, over time, build up a sizable war chest.

But what if you kept the money in an account, earning interest, for decades if not centuries? What would happen?

To answer this, all we need to do is go to Ben Franklin, who did exactly that.

In his will, the American statesman left 1,000 pounds each — the equivalent of about $4,400 at the time — to the cities of Philadelphia and Boston. But the cities were not given access to the money immediately. Instead, Franklin required that the money be held in trust for 100 years after his death. (Franklin died in 1790.) After that, the cities could remove a portion of the trust money to establish a trade school. But not all of the money could be withdrawn; some had to remain for another 100 years.

Franklin’s investment on behalf of the cities paid out handsomely. When he placed the money in trust in 1785, the 2,000 pounds combined was worth about $100,000 to $125,000 in today’s dollars, accounting for inflation. When the trusts became due in 1990, Philadelphia’s was worth $2 million — well outpacing inflation. Boston’s trust, which withdrew less money during the trust’s second century, was worth $5 million. Philadelphia used the $2 million windfall to provide scholarships for area high schoolers. Boston used the $5 million to fund the Benjamin Franklin Institute of Technology, which was established out of the trust’s funds which were withdrawn 100 years earlier, after a bit of litigation.

One may wonder what would happen if America’s elder statesman had required that the trust remain for another century or so. In that case, however, the trust may be ruled illegal. As recounted by Lapham’s Quarterly, in 1938, a lawyer by the name of Jonathan Holden took $2.5 million and divided it into a series of trusts, each of which had 500 or 1,000 year locks on them. One of the trusts was given to the Unitarian Church; another to Hartwick College in the Catskills of New York, as two of his children and one of his grandchildren went there; and another was given to the state of Pennsylvania, as a way to honor Ben Franklin for inspiring the wonderful idea. (Holden’s goal was to make it so that the citizens of the state never had to pay taxes again — starting in the year 2938 or so.)

These trusts, soon known as the Holdeen Trusts (he would later change his last name to “Holdeen” in order to differentiate himself from other Jonathan Holdens), soon ran into a problem. The size of an ever-growing trust of that starting size and duration, could, economists feared, outpace the net worth of the known universe. Holden, himself, estimated that the trust for the Unitarian Church itself could reach $2.5 quadrillion (that’s 2.5 thousand trillions, or 2.5 million billions) by the time it became payable; that could outstrip the GDP of the country, if not the world, by the end of the 500 year trust lockup. And the 1,000 trusts? They’d be even more likely to overtake the global economy.

Litigation over the validity of the trusts hit full swing after Holdeen’s death in 1967. Perhaps surprisingly, even the would-be beneficiaries of the trusts were, by and large, not fans of how the trusts were set up; while a quadrillion or so dollars in the year 2430-something sounds great, immediate access to a few million bucks sounds much, much better. (After all, we don’t even know if the Vulcans or Romulans accept U.S. currency. And forget about the Borg.) The Pennsylvanian courts agreed, kind of. In 1977, a judge ruled that the trusts could remain for however-many centuries Holdeen required, but the interest could not be reinvested; rather, it had to be paid out to the beneficiary each year. Hartwick College, therefore, gets about $450,000 annually from their Holdeen Trust and, in or around 2936, will receive a lump sum payment of $9 million.

Bonus Fact: Lawyers often have to hold money in escrow on behalf of their clients. For example, when someone purchases a house, the down payment gets put into escrow until the closing occurs typically 60 to 90 days later. While these relatively small amounts of money are put in the bank for a similarly small amount of time, the administrative costs of dealing with the interest would eat up any value provided. In 1983, the state of New York came up with a solution for these homeless dimes and dollars, setting up something called the IOLA Fund. IOLA — which stands for “Interest on Lawyer Accounts” — acts as a pooled bank account, allowing the administrative costs to be managed centrally. The interest from the fund is used to help defray legal costs for the poor, elderly, and disabled in the state. (New York is not unique here; other states have similar programs.)