January 4th: Fender Guitar Company, Which Was Started By an Out of Work Accountant Who Never Learned to Play the Guitar, was Sold to CBS for $13 Million 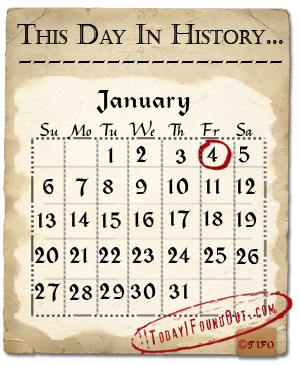 On this day in history, 1965, CBS purchased the Fender Guitar Company for $13 million from Leo Fender. For reference, this would be around $90 million today. This was also close to $2 million more than CBS paid for the New York Yankees just two years before. After CBS continually reduced the quality of the Fender product being produced, Fender Guitar Company was purchased from CBS by the employees of Fender in 1985. Once the employees took over, they renamed the company “Fender Musical Instruments Corporation” and went back to making quality instruments and musical equipment. Today, Fender Musical Instruments Corporation is the world’s number one manufacturer of stringed instruments with annual sales of around $200 million.

During his college years, Leo Fender studied to be an accountant while continuing to teach himself electronics as a hobby, never taking any electronics courses. For quite some time after graduating, Fender worked as an accountant. After losing his job due to the Great Depression, he opened the “Fender Radio and Record Shop” in Fullerton, CA where he was able to combine his love of music and tinkering with electronics. So in this case, losing his job due to the Great Depression turned out to be one of the best things that ever happened to him.

Initially, part of the service he offered at his shop was amplifier repair. This led to Fender designing and building his own amplifiers to get around many of the design flaws he found in existing amplifier designs. For instance, he was hired to design a PA system which would be specialized for use at dances, which had particular requirements of eliminating the feedback that usually occurred in existing systems of the day when used in such small spaces like school gyms and the like. In order to help pay the bills in his early years, he also sold records at his shop. He later went beyond amplifier design and repair and moved into instrument design itself.

Interestingly, despite designing the first commercially successful solid-body electric guitar, the Telecaster; designing the most influential of all electric guitars, the Stratocaster; and inventing the solid-body electric bass guitar, the Precision bass, Fender was not a musician and he couldn’t himself play a lick of guitar! As such, he had to bring in musicians to properly test out the prototypes of his guitars.