This Day in History, December 12: The First Wireless Radio Signal to Span the Atlantic is Recieved 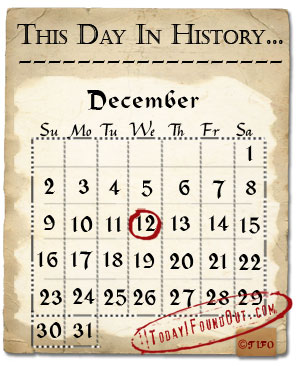 On this day in history, 1901, Nobel Prize winner Guglielmo Marconi’s radio device became the first such device to successfully transmit a signal all the way across the Atlantic Ocean, from Poldhu, Cornwall, UK to Signal Hill in St. John’s Newfoundland, Canada, a span of about 2100 miles.  His receiving device used a 550 foot antenna suspended on a kite (after a failed attempt the day earlier with the antenna attached to a balloon that was destroyed by a storm). The transmitter used 12 kWs to transmit the letter S continually in Morse code.  The transmission, however, was received only faintly and was difficult to pick out from general atmospheric noise.

A few months later, in February, Marconi repeated his test, this time receiving aboard a SS Philadelphia and charting the clarity of signal as the ship traveled further and further from Britain.  With these tests, he was able to get a good signal at night up to around 2099 miles away.  In the daytime, a clear signal could only be heard around 699 miles away.  These were the first such tests that demonstrated that radio signals traveled further at night than in the day.

Signal Hill was not only the place where the first transatlantic radio signal was received, but also was the location of the last battle of the Seven Years’ War, where the French forces ultimately surrendered to the British.  In addition to that, it was the location used for the start of the first non-stop flight across the Atlantic, accomplished by Alcock and Brown in a modified Vickers Vimy IV bomber in 1919. It has also been used as a strategic military location during the War of 1812 and during WWII, where it was used as an air base for the U.S. Army and an anti-submarine port for the UK and the Canadian Navy.

Interestingly, the two Titanic radio operators were actually employees of Marconi International Marine Communication Company.  The radio operators aboard the ship that rescued the few survivors of the Titanic disaster, the Carpathia, also were employed by Marconi.