December 13: A 22 lb Tumor, Instead of a Baby as Was Thought, is Found in the Woman Who Would Become the First to Survive an Oophorectomy 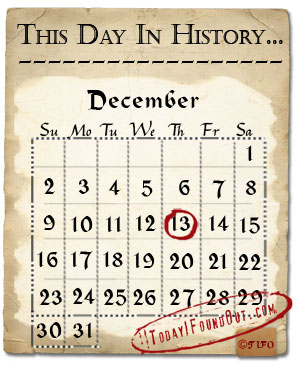 On this day in history, 1809, the woman who would soon become the first to survive an oophorectomy was diagnosed as not being pregnant past term, as she had thought, but having an extremely large tumor, which isn’t that different than a baby when you think about it, but you know… bigger, in this case. 😉  The tumor ended up being 22.5 pounds (10.2 kg) and was removed without the aid of any anesthesia.  Today the procedure is performed on around half a million women a year, but up to 1809, it was thought to be impossible to do while still keeping the patient alive.

The doctor that performed this first successful procedure was Ephraim McDowell.  His patient was Jane Todd Crawford.  She had called upon Dr. McDowell, who lived 60 miles away, to examine her as she thought she was pregnant and well past term.  Dr. McDowell discovered, however, that she had a very large ovarian tumor that would most likely be ultimately fatal.

Even though every patient up to that point who had ever had an ovarian tumor removed had died and there would be no anesthesia during the surgery, Mrs. Crawford chose to have the operation done as she was afraid of a long drawn out, painful death and preferred that if she was to die, that it should happen sooner rather than later.

She then rode the 60 miles on horseback back to Dr. McDowell’s office to have the surgery done.  When Dr. McDowell performed the surgery, he found that it would not be possible to remove the tumor whole, so had to first tie off her fallopian tube and then cut into the tumor and remove it bit by bit.  Dr. McDowell’s account was as follows: “The tumor appeared full in view, but was so large we could not take it away entire. We took out fifteen pounds of a dirty, gelatinous looking substance. After which we cut through the fallopian tube, and extracted the sac, which weighed seven pounds and one half. In five days I visited her, and much to my astonishment found her making up her bed.”  Mrs. Crawford then made a full recovery and went on living another 33 years.

In retrospect, it is thought Dr. McDowell’s procedure was successful due to his meticulous cleanliness during surgeries, which was rare for doctors of the day.  For instance, he carefully washed Mrs. Crawford’s intestines before putting them back in her and cleaned the surface they would sit on before removing them from her abdomen (that must have been disturbing for her, considering she was awake and could feel everything during the procedure).  He also removed the blood that had pooled in her abdomen during the surgery, which further reduced the odds of post-surgery complications.  As noted, he also put a ligature at the base of the fallopian tube before removing the tumor, which reduced the amount of blood loss by Mrs. Crawford.

Dr. McDowell is also noted for having fixed a hernia in James K. Polk and he also removed a kidney stone from Polk.  Also, Dr. McDowell’s cousin was famed women’s suffrage leader Madeline McDowell Breckinridge who, among other things, successfully lobbied to allow women to vote in Kentucky school board elections and served as the vice president of the National Woman Suffrage Association.