The First African American Governor in the U.S. Takes Office 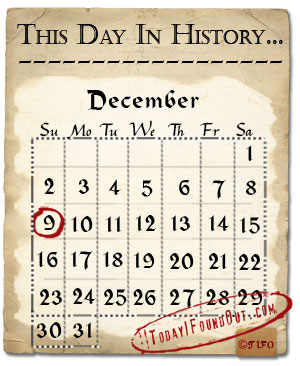 On this day in history, 1872, Pinckney Benton Stewart Pinchback became the first person of African American descent to serve as the governor of a U.S. state.  Pinchback was born the son of a freed slave (African-Cherokee-Welsh-German descent) and her former white owner (Scottish-Irish-Welsh-German descent), who married her.

His father was reasonably well off, owning a good sized plantation.  However, his father’s untimely death in 1848, when Pinchback was just 11 years old, resulted in the father’s family disinheriting Pinckney, his mother, and siblings- due to their race- and taking their plantation from them.  The mother was also afraid that her deceased husband’s family would re-enslave herself and her children, so fled to Ohio.

When the Civil War started, Pinchback joined up with the Union and was made a commissioned officer (a Captain) and was eventually given command of Company A, 2nd Louisiana Regiment Native Guard Infantry.  Shortly thereafter, he resigned his commission due to various prejudices he experienced within the army ranks.

After the war, he settled in New Orleans and became highly political as a Republican, working his way all the way up to the Louisiana State Senate.  During this time, he also ran for and was elected to the U.S. Senate and the U.S. House of Representatives. In both cases, though, he was not allowed to take his seat in those institutions because of his African American heritage.  Instead, he was accused of election fraud (even though there was no evidence to support that claim) and his opponents were given the seats, in a case of actual election fraud.  Despite this, he is technically also the first person of African American heritage to be elected to the U.S. House of Representatives and also to the U.S. Senate.

Shortly thereafter, the Governor of Louisiana, Henry Clay Warmouth, was impeached.  Louisiana state law requires that during impeachment proceedings the governor must give up his position until the matter is resolved.  The Louisiana State Senate voted to elect Pinchback to serve as the Governor of Louisiana for the remainder of Warmouth’s term (35 days), which he did making him the first person of African American descent to serve as the governor of a U.S. state.

It was 117 years later before another person of African American descent would become a governor of a U.S. state (Douglas Wilder of Virginia in 1990).