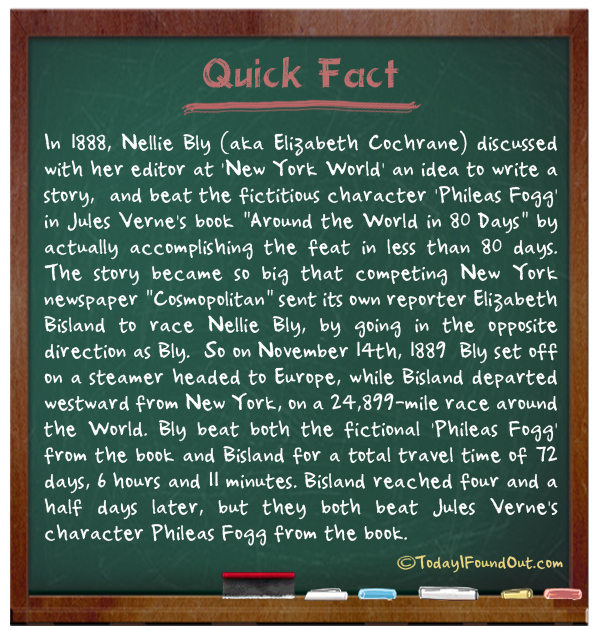 Text Version:
In 1888, Nellie Bly (aka Elizabeth Cochrane) discussed with her editor at ‘New York World’ an idea to write a story, and beat the fictitious character ‘Phileas Fogg’ in Jules Verne’s book “Around the World in 80 Days” by actually accomplishing the feat in less than 80 days. The story became so big that competing New York newspaper “Cosmopolitan” sent its own reporter Elizabeth Bisland to race Nellie Bly, by going in the opposite direction as Bly. So on November 14th, 1889 Bly set off on a steamer headed to Europe, while Bisland departed westward from New York, on a 24,899-mile race around the World. Bly beat both the fictional ‘Phileas Fogg’ from the book and Bisland for a total travel time of 72 days, 6 hours and 11 minutes. Bisland reached four and a half days later, but they both beat Jules Verne’s character Phileas Fogg from the book.