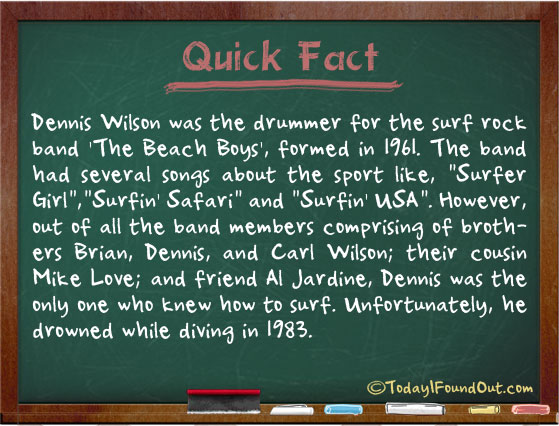 Text Version:
Dennis Wilson was the drummer for the surf rock band ‘The Beach Boys’, formed in 1961. The band had several songs about the sport like, “Surfer Girl”,”Surfin’ Safari” and “Surfin’ USA”. However, out of all the band members comprising of brothers Brian, Dennis, and Carl Wilson; their cousin Mike Love; and friend Al Jardine, Dennis was the only one who knew how to surf. Unfortunately, he drowned while diving in 1983.