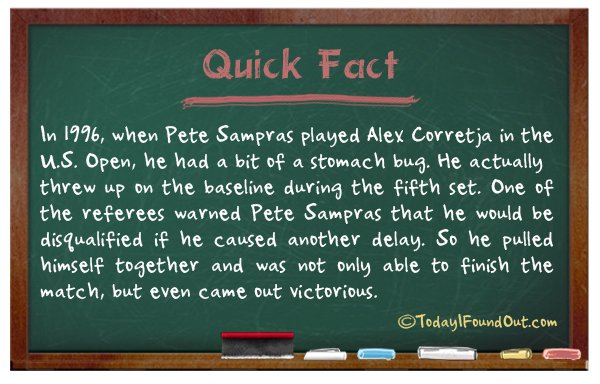 Text Version:
In 1996, when Pete Sampras played Alex Corretja in the U.S. Open, he had a bit of a stomach bug. He actually
threw up on the baseline during the fifth set. One of the referees warned Pete Sampras that he would be disqualified
if he caused another delay. Pete Sampras pulled himself together and was not only able to finish the match, but he
came out victorious.