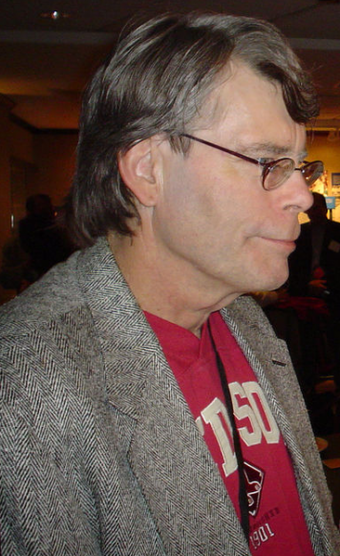 Today I found out the Stephen King short story Children of the Corn was originally published in Penthouse Magazine.

While to date Stephen King has managed to sell about 350 million copies of his novels, he started out with quite humble beginnings as an author.  After graduating from the University of Maine with a degree in English in 1970, Stephen King couldn’t find work as a teacher at first, so continued to work odd  jobs, such as at an industrial laundry service.

In 1971, he managed to get a high school teaching job at Hampden Academy, but continued to pursue his dream of becoming a professional writer by working on novels on the side, as well as selling some of his short stories to various magazines, such as Cavalier, Ubris, Penthouse, and Cosmopolitan.

His big break came not too long after he began teaching, when Doubleday agreed to publish Carrie in 1973 (ultimately published in 1974), which was a bestseller and allowed him to be able to quit teaching and devote himself full time to writing.  He followed this up by immediately writing Salem’s Lot during the summer of 1973 (published in 1975), while living in a small summer home in Maine where he’d moved to help take care of his ailing mother, who was dying of uterine cancer (which she ultimately lost her battle with at the age of 59).

Despite this success as a full-time writer (and taking up a position as a creative writing teacher at the University of Maine in 1977), King still occasionally would write short stories to sell to magazines, including the 15 page short story, The Children of the Corn, which was published in the March of 1977 edition of Penthouse.

One year after Children of the Corn was published, he bundled up many of the short stories he’d written for the various magazines and put them in a book of their own, Night Shift, which would go on to win the Balrog Award for Best Collection, as well as be nominated for the World Fantasy Award and the Locus Award.  It also spawned numerous film/TV/theater adaptations of the stories in the compilation including The Lawnmower Man, Graveyard Shift, Cat’s Eye (which incidentally starred 10 year old Drew Barrymore), The Mangler, and Sometimes They Come Back.

Five years after Night Shift was published, Children of the Corn was adapted into a low budget short film called Disciples of the Crow.  One year later, it was again adapted, this time with a much bigger budget, to the movie Children of the Corn, which Stephen King originally wrote the screen play for, but his version was thrown out due to having too much dialogue and back-story.  Instead a much more violent/gory version with more conventional narrative style was written by George Goldsmith and used for the film.