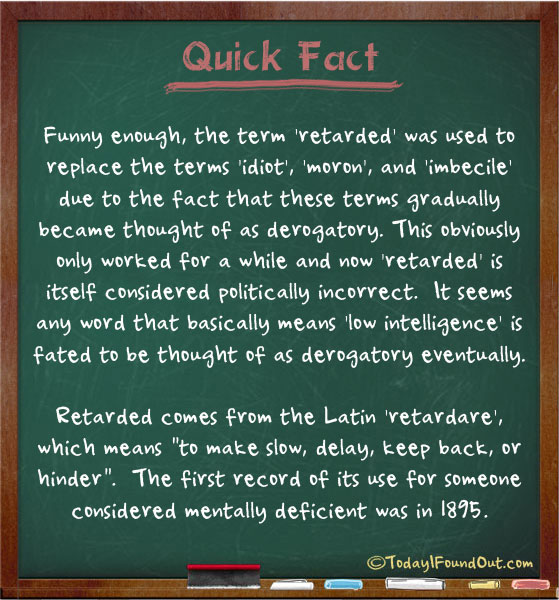 Funny enough, the term ‘retarded’ was used to replace the terms ‘idiot’, ‘moron’, and ‘imbecile’ due to the fact that these terms gradually became thought of as derogatory. This obviously only worked for a while and now ‘retarded’ is itself considered not politically correct.  It seems any word that basically means ‘low intelligence’ is fated to be thought of as derogatory eventually.

Retarded comes from the Latin ‘retardare’, which means “to make slow, delay, keep back, or hinder”.  The first record of its use for someone considered mentally deficient was in 1895.