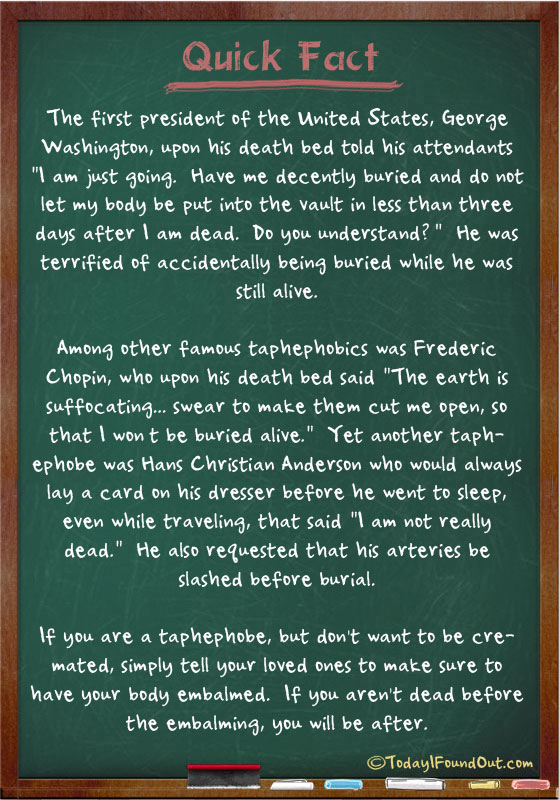 The first president of the United States, George Washington, upon his death bed told his attendants “I am just going.  Have me decently buried and do not let my body be put into the vault in less than three days after I am dead.  Do you understand?”  He was terrified of accidentally being buried while he was still alive.

Among other famous taphephobics was Frederic Chopin, who upon his death bed said “The earth is suffocating… swear to make them cut me open, so that I won’t be buried alive.”  Yet another taphephobe was Hans Christian Anderson who would always lay a card on his dresser before he went to sleep, even while traveling, that said “I am not really dead.”  He also requested that his arteries be slashed before burial.

If you are a taphephobe, but don’t want to be cremated, simply tell your loved ones to make sure to have your body embalmed.  If you aren’t dead before the embalming, you will be after.